Review: Tilted – Is this the world’s most versatile PC gaming wearable? 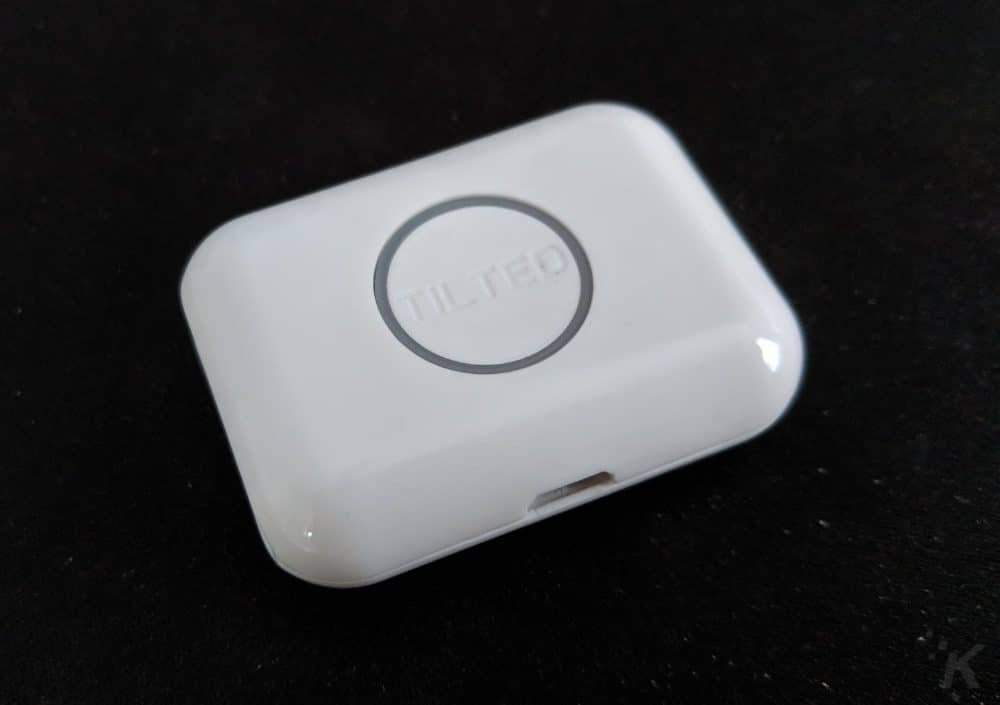 I don’t know about you, but I’m a physical gamer. I lean into turns, turn my controller into an airplane and peek around corners. Normally, I’d have to add a button press to my flailing around to get any sort of action happening on the screen, but not anymore. Tilted is a gaming wearable that lets you bind up to 8 actions to simple movements of your head.

That’s great for leaning in PUBG or Rainbow Six Siege, binding Push-to-talk to a shift of your head, or any other in-game actions that are hard to reach while using WASD to move. Let’s face it, the keyboard and mouse are great – but they weren’t created to play games with.

Having fingertips on three keys while your other hand is holding the mouse doesn’t really allow you to reach far for other actions. Heated gaming moments don’t let you look down to make sure you’re pressing E for lean when you could easily be reloading or throwing an ill-timed grenade.

At the heart of Tilted is a gyroscope, which turns your movements into usable inputs for your computer. Tilted’s founder, Akila Zhang, got the idea while playing around with a Wii remote, and realized that it could be harnessed into a wearable device.

The first few tests were actually with that Wii remote strapped onto his head, before moving on to shrink the device into a more comfortable format. Now it’s a small wearable that attaches to your headset via a strong magnet.

Due to Tilted being seen by your PC as an HID device, it’s not limited to gaming. Any keyboard-compatible software will work, and as you can set two keys to an action, Tilted can be used as a productivity aid. CTRL+ modifiers in Photoshop, for example. Tilted is also great for gamers with disabilities, using the remapping features to create a whole new control set for those with limited mobility etc.

The wearable itself is small, about half the size of a pack of Tic Tacs. The magnet that holds it onto your headset uses strong 3M backing, so it’s unlikely to come off while gaming. And yes, it’s fairly easy to remove from your headset without damage. The pre-sale unit I was sent had two magnets, either for a second headset or if the first got lost somehow. It connects to your PC via a small wireless dongle, or via micro USB for charging and firmware updates.

I’ve been using Tilted for a few weeks now, and it’s added a new dimension to my gaming. It feels like the movements I usually make have been harnessed and turned into something great. Using Tilted in Rainbow Six Siege made far more sense than using the keyboard to lean or duck, once I remembered to turn the settings to ‘hold’ instead of ‘toggle’. Some proof that the tools are only as good as the user, I suppose.

I’m already thinking about other ways to use Tilted, maybe as controls for OBS while streaming gameplay or as a trigger for the repetitive parts of photo editing. I know I’ll be using it for team call-outs, something that I always forget to do.

If Tilted looks like a good addition to your gaming arsenal, head on over to the Kickstarter where you can pick one up for $59.

As always, we’d be remiss if we didn’t mention that crowdfunding is a way to help bring a product to market – not necessarily a guarantee you’ll end up with the product. Things look good for this one as there are already workable beta units, it’s just something to keep in mind when backing.

Is this something you would use? Let us know below.

Reader Rating1 Vote
9.9
The Good
Innovative way to control your gaming
Ties into the natural movements you make
The Bad
Some minor pairing issues, but this is a beta unit - the production version likely won't have this trouble
8.5
Overall
Related TopicsGadgetsGameTechiegaming wearablesKickstarterPC HardwareReviewsTilted