Get the band together anywhere with Roland’s latest smartphone mixer

It’s a portable recording studio in your hand. 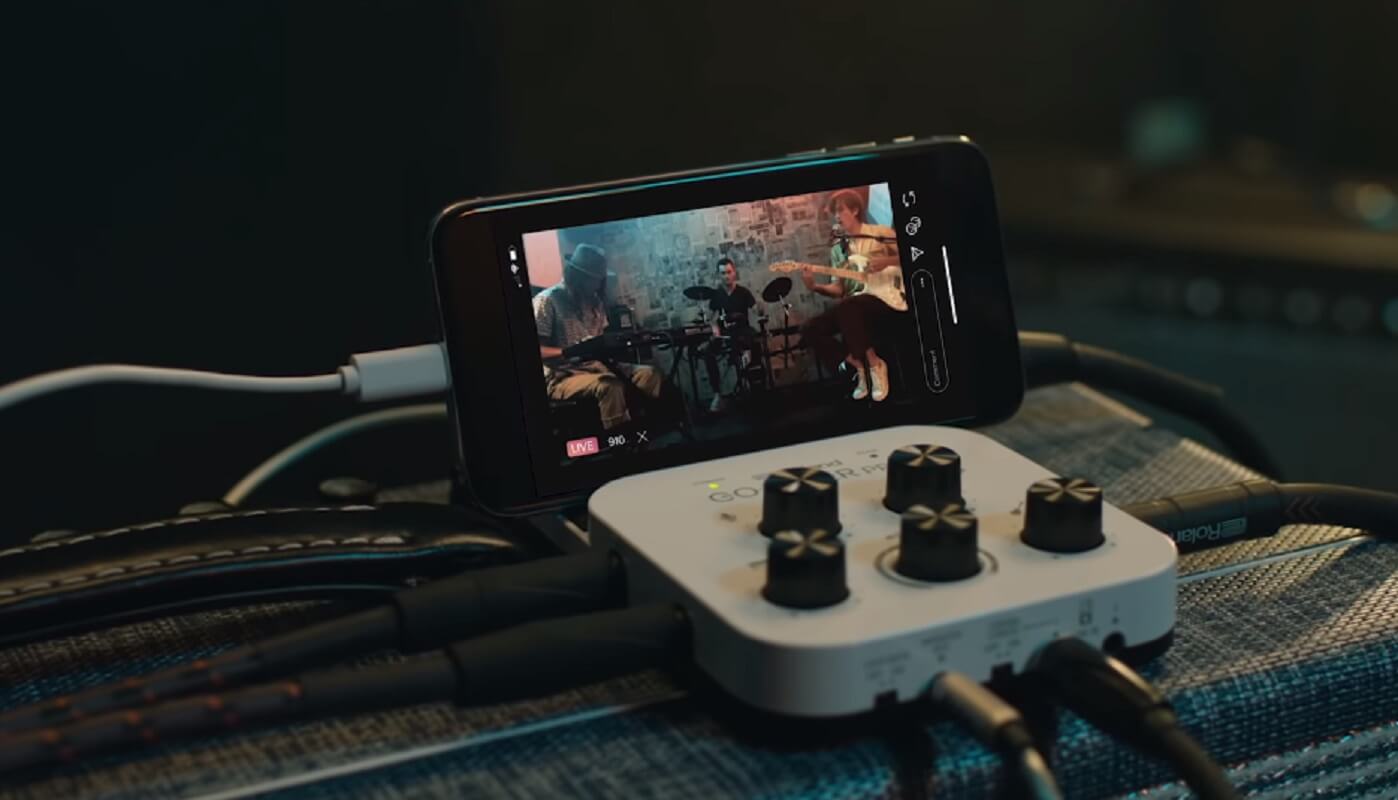 Your smartphone is a great tool, but if you want to record any audio on it you’re pretty much limited to short voice memos as the microphone isn’t that great. Roland’s noticed this, and come up with a palm-sized mixer called the Go:Mixer Pro which can handle up to nine instruments at a time, including XLR mics, guitars, basses and other line-level instruments.

As it’s aimed at mobile devices, there’s a handy docking area to place your smartphone or tablet in while recording audio and/or video of your sessions. The Go:Mixer Plus works with Roland’s video apps, 4XCamera or Virtual Stage Camera which will let you create split screen recordings or replace the background of your videos.

The mini mixer is powered either with your smartphone’s battery or four AAA batteries (where you’ll get roughly 4 hours of use), and it has a headphone output for your monitoring needs. It will also let you bring in backing tracks stored on your smartphone to sing over, and has a nifty Center Cancel function that will try to erase vocals so you can use it for karaoke or cover songs.

I can see this being a hit with livestreamers, especially if they want to add IRL content to their streams.

No price or release date details have been announced as yet, but it’s a safe bet to say it will be more expensive than the original Go:Mixer’s $99 price tag.

What do you think? Is this something to be taken seriously, or simply a novelty? Let us know in the comments.