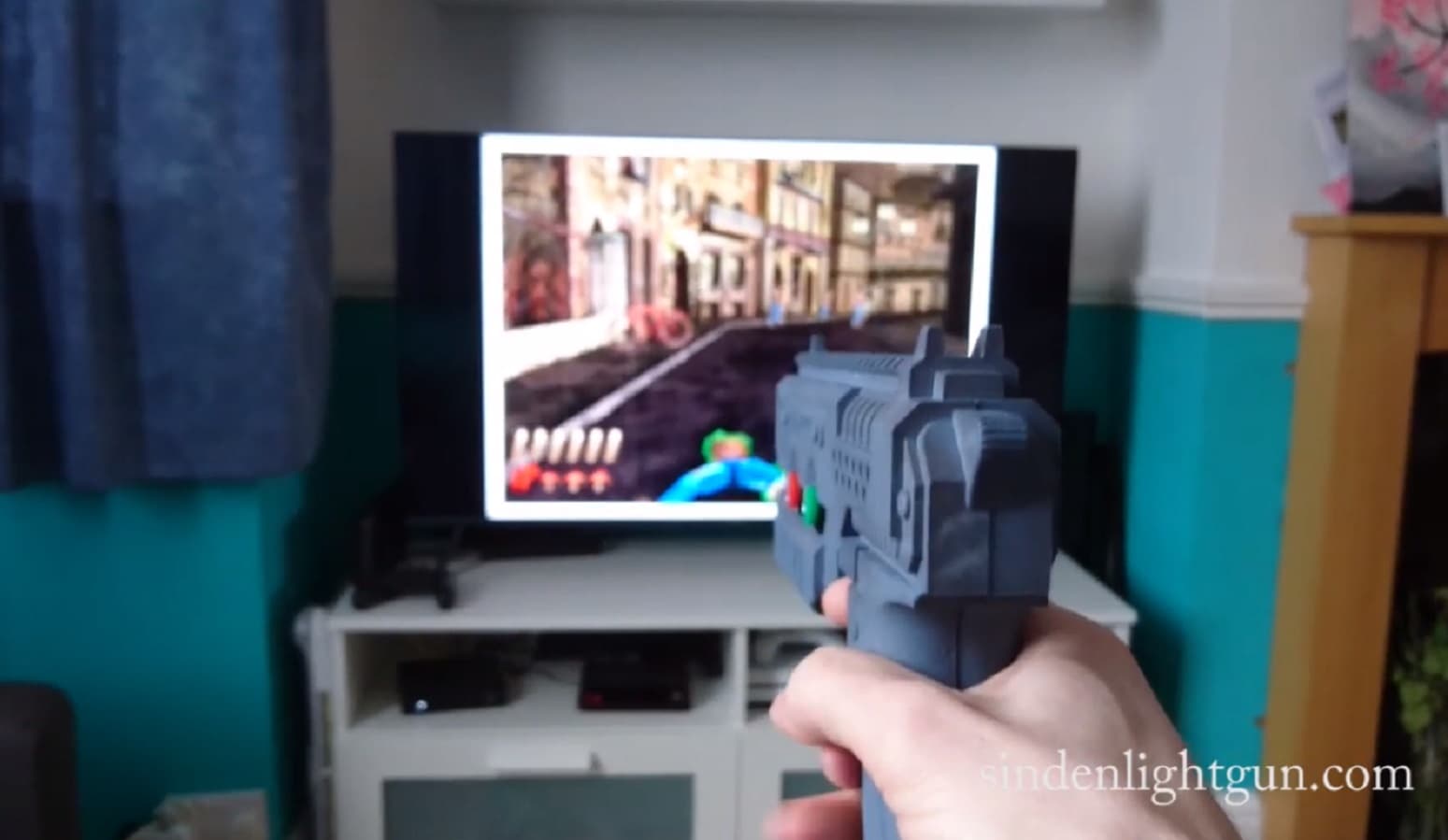 Remember all that fun you had playing Duck Hunt on the original NES? How about Time Crisis in the arcades, which seemed to be everywhere in the late 90s. Remember how gutted you felt when CRT TVs made way for LCDs and your light guns stopped working? Well, now someone has made an LCD-compatible light gun, which works with your TV without needing any additional sensors.

Imagine playing Virtua Cop on a projector screen. House of the Dead on your hi-def TV. Aliens Extermination on the biggest screen in your house. All of these classics and more all work with the Sinden Lightgun, without any additional sensors. Duck Hunt on a modern screen.

The original NES lightgun used some trickery to register where you were aiming. The tech in the Sinden Lightgun is much more modern, using a high-speed camera, some smart image recognition, all wrapped up in some clever maths running in software. Basically, it takes a picture of the screen and then works backward to find out where you’re aiming. Not bad, right?

With the huge library of existing lightgun games out there, this is a lifesaver to the genre

Currently, to use a light gun on an LCD screen you need an infrared emitter where the screen is. Then you need to calibrate for your seating position, and then recalibrate every time you move. Pretty cumbersome, right? Plus, even if you don’t move your body, just moving your hand can throw off the accuracy of the sensors.

The Sinden Lightgun even goes further than replicating the existing functionality in a modern way. It has inbuilt 3D tracking, so when using compatible software, it can actually show different content based on your position. Imagine being able to peek around the edges of the screen or obstructions by moving left or right. You could also control your aiming position in Time Crisis in the same way.

The Sinden Lightgun works on PC, but it’ll also work on a Raspberry Pi, turning the little development board into a fantastic lightgun emulator. If you’re interested, you can head on over to Kickstarter where roughly $104 will get you a Sinden Lightgun once they go into production, with an estimated delivery date of September of this year.

Just remember, we always advise caution when backing any crowdfunding campaign. You’re buying in for the ability to bring a cool thing to the market, not necessarily to get the item as you would if it was a retail purchase. Delays might happen, or in some unhappy cases, not get the thing you backed.

What do you think? Is this something you’re interested in? Let us know down below in the comments or carry the discussion over to our Twitter or Facebook.