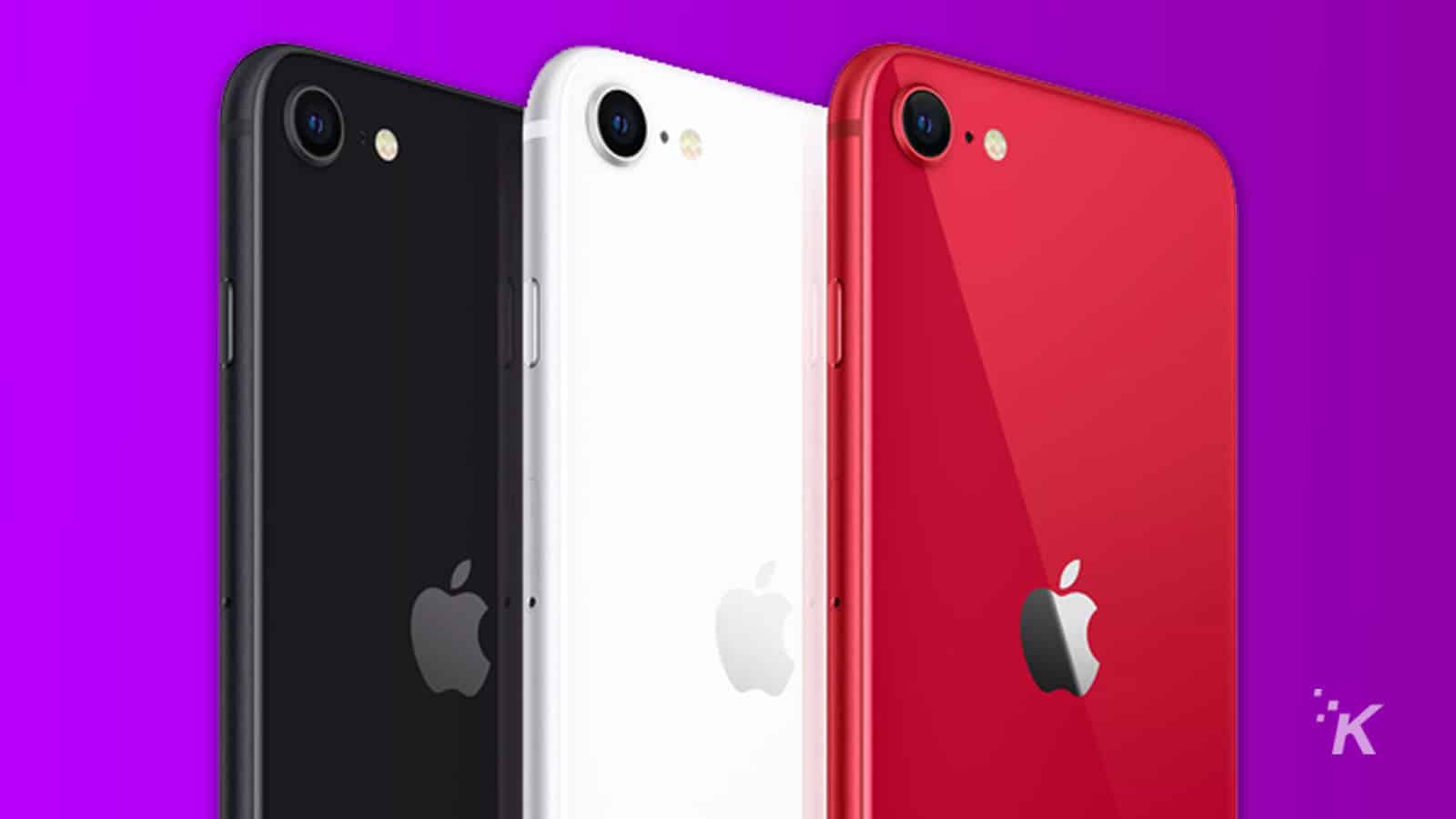 Today, Apple released the long-awaited sequel to its small, low-cost iPhone, the iPhone SE (2020). It’s midrange in everything but power, coming in hot at $399.

It’s available for preorder on Friday, April 17, and will ship on April 24. And yes, you’ll get a free year of Apple TV+ with purchase, just like every other Apple device recently.

Basically, it’s an updated iPhone 8, with the same dimensions, screen, and a Home button that brings back Touch ID. It’s also got dust and water resistance and the A13 Bionic chip from the latest iPhone 11 range. It 4.7″ Retina HD display and comes in black, white, and (Product)Red.

More about the new iPhone SE

The power of the A13 Bionic chip is also enabling some new camera tricks that weren’t available on single-camera iPhones before. Those include Portrait mode, which has six new portrait lighting modes, smart HDR, and depth control.

Basically, if you don’t want to spend $1K on your iPhone, this is the one to buy. It’s got the latest chip powering it, so it’ll last even longer than prior models and it’s got what looks like a great camera on paper.

What do you think? Interested in the new iPhone SE? Let us know down below in the comments or carry the discussion over to our Twitter or Facebook.