Welcome back to the shit show. 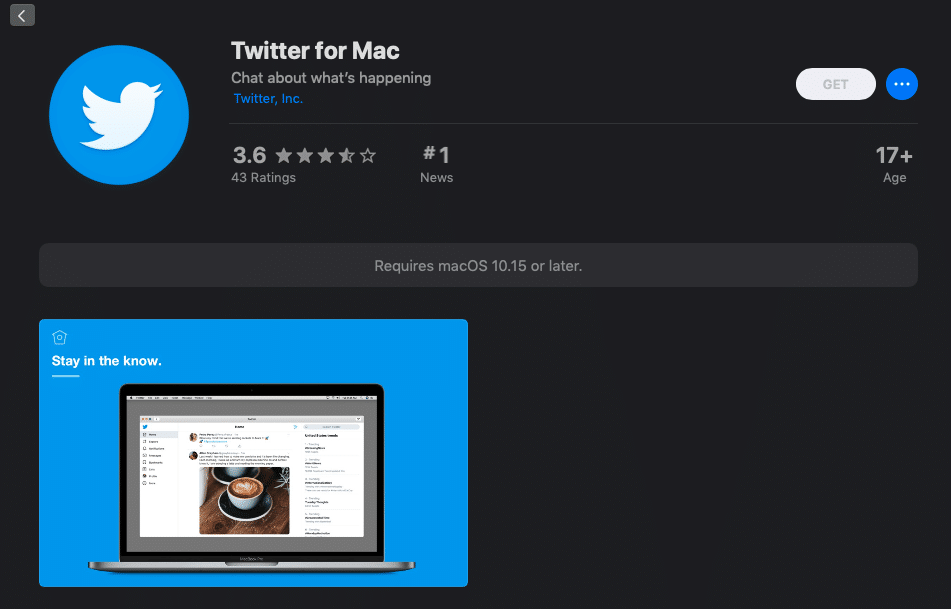 Back in 2018, Twitter discontinued its Mac app. Why? Well, it was a complete mess. It barely worked, and when it did, it was slow and unresponsive. It was pretty much a flaming dumpster fire.

Fast forward to today and now the company is rolling out a new Twitter app for Mac. The only thing is that your Mac will need to be running on OS Catalina to use it. If you haven’t downloaded it yet, this guide should help you get it up and running.

Twitter’s Mac app was made possible thanks to Mac Catalyst – a new toolset Apple created to help developers easily port iPad apps to Mac desktops. There’s a bunch of technical jargon behind Catalyst, but TechCrunch sums it up pretty simply here:

The idea with Catalyst is to make it easier for iOS developers to create software for the Mac ecosystem, by allowing them to leverage their existing iOS project and source code, then layer on native Mac features, and convert touch controls to the keyboard and mouse.

On paper, this is all supposed to work, but a simple Twitter search shows that Twitter’s new Mac app is a complete mess right now. Here are some tweets that prove it:

Love the variety of font sizes in the new Twitter for Mac app. pic.twitter.com/X1XGFXKWW9

The new @Twitter for Mac app is truly one of the funniest (read: worst) pieces of software I’ve ever used. Screenshot below of the full screen compose window.

I expect the Twitter Mac team have had an incredibly stressful summer getting a Catalyst app of this complexity out the door. There are plenty of UI areas that are going to need another pass, for sure. The double-toolbar just isn't a good fit for the Mac pic.twitter.com/O7dYyYlwfu

Not sure why the icons on the Twitter for Mac app are so small…? 🐜 (macOS app on the left, webapp on the right) pic.twitter.com/WaADP7zf2n

As you can see, Twitter’s new Mac app isn’t perfect. We imagine Twitter will polish up the app in the near future, but for now, just know you’re getting pretty much the same experience as you would with Twitter’s previous Mac app.

You can download it and check it out for yourself directly from the Mac App Store here.