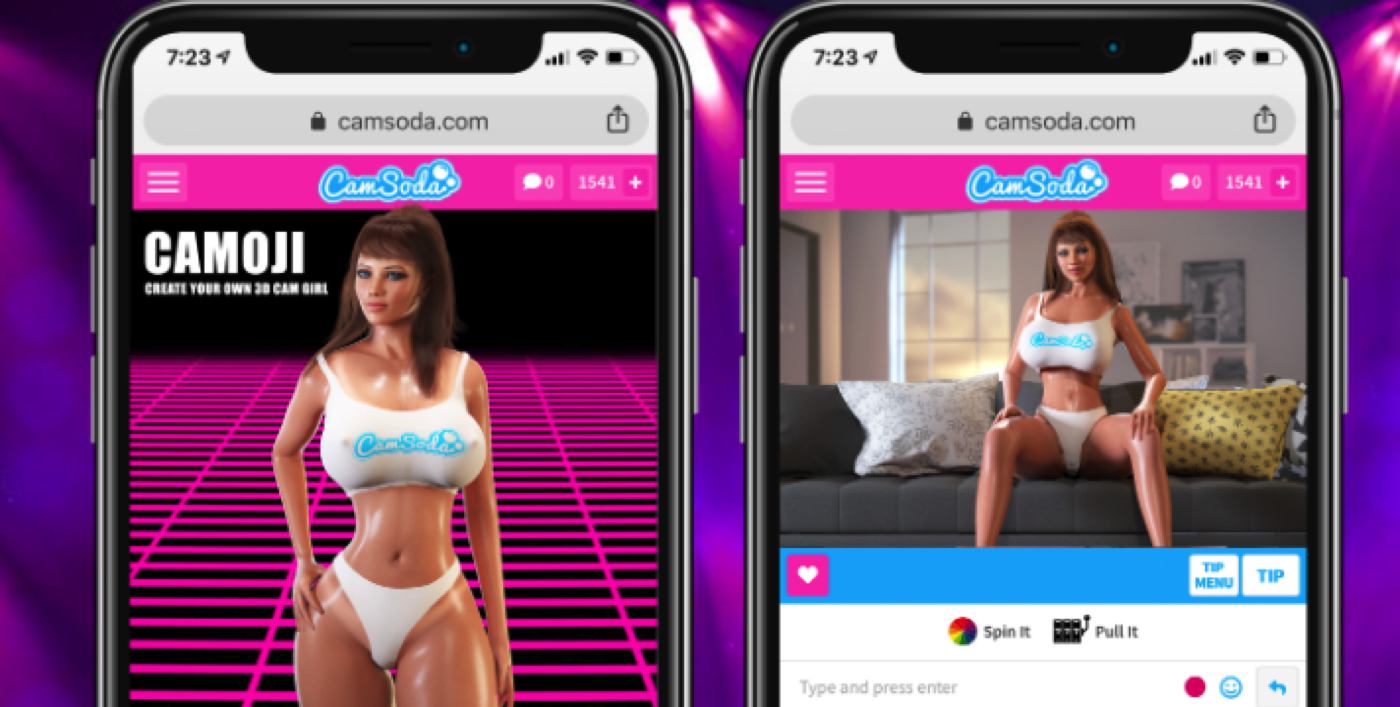 It’s a pretty simple process. Cam users create a personalized (within limits) XXX avatar of themselves to perform as a cam model. Then the model can record different actions of themselves, which are then animated. Those animated actions can be strung into combo moves and have details like colors and proportions changed. The recorded actions are then played out by the Camoji, either prompted by tips from users for certain actions or controlled by the cam model. The cam model can also, behind the face of their VFX avatar, chat and collect tips and hold private shows. It’s a foolproof system for anonymous camming.

“Given the popularity of Animoji, and now Memoji, which allow for people to create an avatar that looks just like them, we wanted to introduce a sexy alternative with a twist,” said Daryn Parker, VP, CamSoda in a press release. “With the launch of Camoji, now anyone can get into adult entertainment and anonymously interact with people, all under the guise of a XXX avatar. So whether you’re a mother of three, who can’t afford to have your kids’ friends’ parents find out or a C-level executive at a well-known company with clients, Camoji now allows you to moonlight as a cam model and anonymously interact with fans, all while earning money.”

CamSoda is already working on upgrading the technology to make it a bit more interactive and responsive to the actions of the cam model. Integrating face tracking and motion capture technology, cam models will be able to map Camoji characters to their face and body. The Camojis will then be able to mimic movements in real time, so when the model shoves a toaster oven where it doesn’t really belong, the Camoji will do the same. This is future tech and not available at launch.

Also not available at launch is a wide selection of gender. The initial run of Camoji will be gendered female, but CamSoda will be adding male and trans options in the near future. This kind of shit has got to be inclusive, so I’m a bit surprised that those aren’t available at launch. It can’t be too difficult to copy/paste a dong onto these animations at the least.

This isn’t CamSoda’s first foray into higher tech to enhance interactions on its site. It launched a sex robot people can interact with and before that, got into teledildonics and virtual reality.

So to sum up, any person who wants to be a cam model but hasn’t made that jump from acting out in front of the mirror to in front of a camera, can now create a virtual avatar of themselves that doesn’t really look like themselves and become a cam model, interact with users and collect tips. Kevin, it’s your time to shine.

Do you plan on using this? Have any thoughts on this? Let us know down below in the comments or carry the discussion over to our Twitter or Facebook.