Cherry MX’s new keyboard switch is a throwback to 2011

The new switch is inspired by the community. 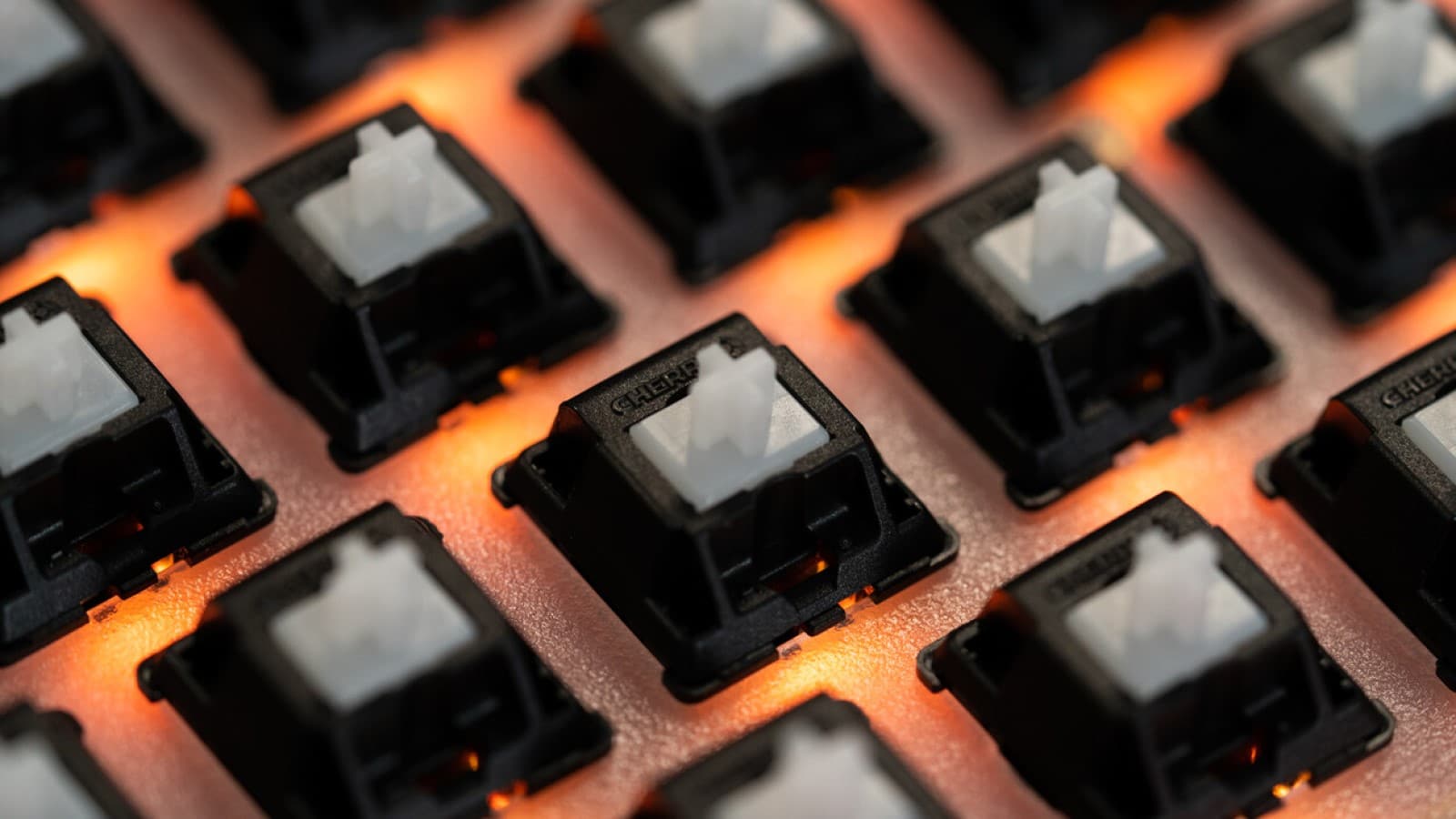 The new switches have a 40 cN (centiNewtons) actuation force, but what’s interesting is that they have a higher force (55 cN) at the tactile point.

Switches with dual force have a tactile feel, so you know that every keystroke has been registered.

Cherry MX lubes every Ergo Clear switch at the factory with high-performance grease. That’s nice to see from a manufacturer, as lubing is one of the most common modifications people in the keyboard community perform.

What’s interesting about the MX Ergo Clear isn’t the new force graph or the factory lube-job. The switch was effectively created a decade ago–by a community member.

In the original thread on GeekHack, the online forum for keyboard enthusiasts, the community member made a “frankenswitch,” a mechanical keyboard switch that combines parts from multiple other switches.

They did a spring-swap and put the springs from MX Black switches into MX Clear housings.

This resulted in a tactile switch that was easier to press than MX Clears. They even suggested the name “ergo clear” at the time.

When Cherry MX’s patents dropped in 2014, multiple manufacturers started offering their own clone switches. The Zealio, manufactured by Gateron, was an imitation of the original “ergo clear” mod.

Cherry MX is now adopting both the name and the build for their new switches. The bonus is that Cherry MX has superb quality control, rating its switches to over 50 million presses.

Now a community favorite has an official home.