Colt Canyon is a brutal, pixel-heavy western game where death is permanent

If you enjoy twin-stick shooters and merciless, procedurally-generated action games, you might love this one too. 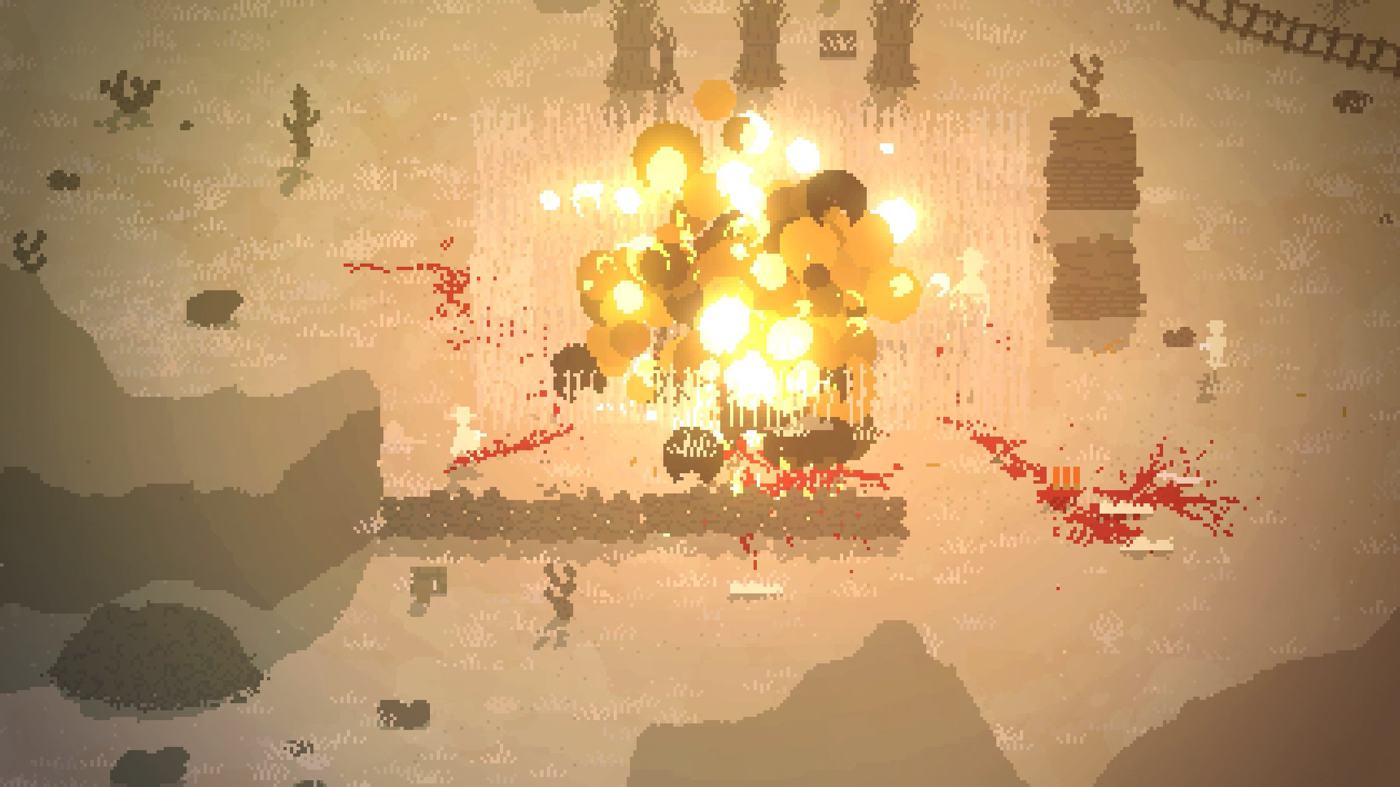 The Colt Canyon demo starts with a very quick tutorial. You learn how to move, how to aim, how to break crates to pick up weapons and ammo, aaaaand then you get rushed by about 20 enemies, shot nearly to death, and your partner (Your romantic partner? Your partner in crime? Delightfully unclear) is kidnapped by the horde.

That’s the game. Find some weapons, go right, look for your partner, kill lots of enemies on the way. Trouble is, Colt Canyon is randomly generated, damn near everything will kill you in a hurry, and death is permanent.

I played Colt Canyon twice during my press appointment. Yea, it was that good. On my first play, I found a rifle, fumbled around with it, killed a few enemies, and died in approximately 45 seconds. Hmm.

On my second, I had a much better feel for the controls. I learned how to effectively dodge-roll next to enemies that hadn’t found me yet and instantly stealth-kill them. I found a bow. I helped a stranger who then permanently gave me the ability to pick up fired arrows – a choice that I had made among several options. I blew up some folks with dynamite. I got a shotgun and was able to rely primarily on the bow, but switch to the shotgun when anyone got too close.

I made it through several screens of enemies before eventually reaching a camp whose size outmatched my abilities. I died. The game’s developers reassured me that in the PAX West demo, it isn’t actually possible to find your partner, so I felt better about my performance.

So while things took a few minutes of warming up, I actually really enjoyed Colt Canyon once I understood its systems. If you enjoy twin-stick shooters and merciless, procedurally-generated action games, you might love this one too.

Colt Canyon should be releasing sometime in early 2020 on Windows, PlayStation 4, Nintendo Switch, and Xbox One. More information can be found here.