Dial in some class. 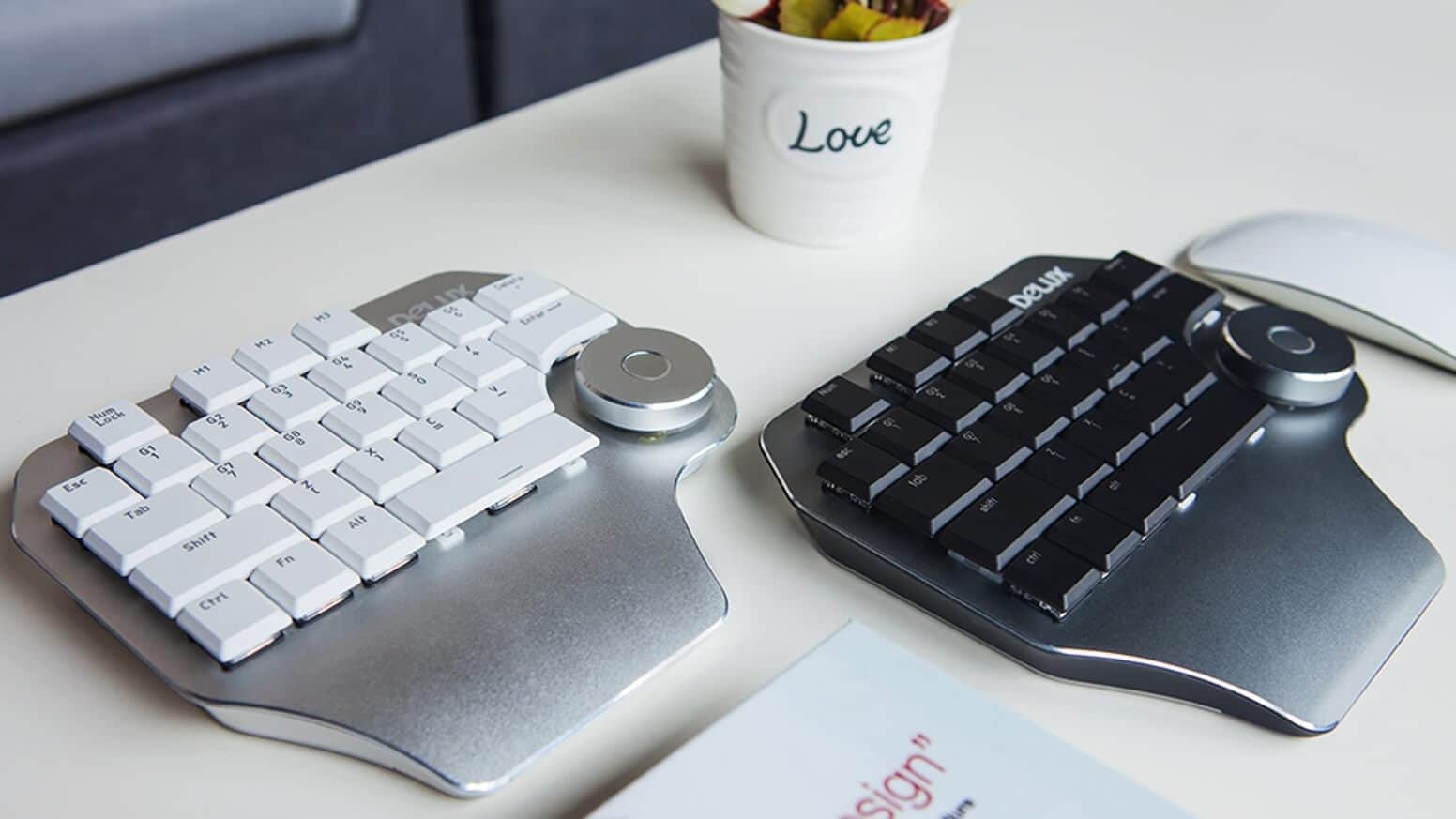 It’s no secret we love peripherals here at KnowTechie. We especially love ones that innovate in a crowded marketplace. One such device, the Delux Designer, is currently on Kickstarter and blew past their $20,000 funding goal within only two hours.

The Delux Designer was created to solve one problem that many creatives have – the often confusing key combinations that are needed for the tools they use. They’re often multi-key, non-standard across software, and awkward to press. Their device aims to simplify this, with 50 fully-programmable mechanical keys and one dial wheel. The idea is that you can map multi-key commands or even macros into one keypress.

This isn’t a new idea, but it’s certainly the first time I’ve seen a stylish device for this – most are gamer-centric, so they sport garish RGB or have membrane keys so you lose tactile feel.

The Delux Designer is compatible with Wacom and other drawing tablets, and also with the most used creative tools such as Premiere, After Effects, Maya, Photoshop, Illustrator, CAD, and common 3D modeling programs. It’s also fully-customizable, for those programs that don’t have keymaps already programmed into the software.

It has mechanical key switches – Kailh Choc Short Key Switches to be exact. These offer a level of tactile feedback missing from non-mechanical keypads. It’s also encased in space-age aluminum so it will match your Macs.  The team behind it, Delux, have several decades of manufacturing experience, including shipping some Apple MFi products. This is their first custom keypad, and if it delivers anything near what it promises, it looks like a hit.

The team aims to be shipping in July of this year, and you can find more information on the keyboard for designers from their Kickstarter campaign.