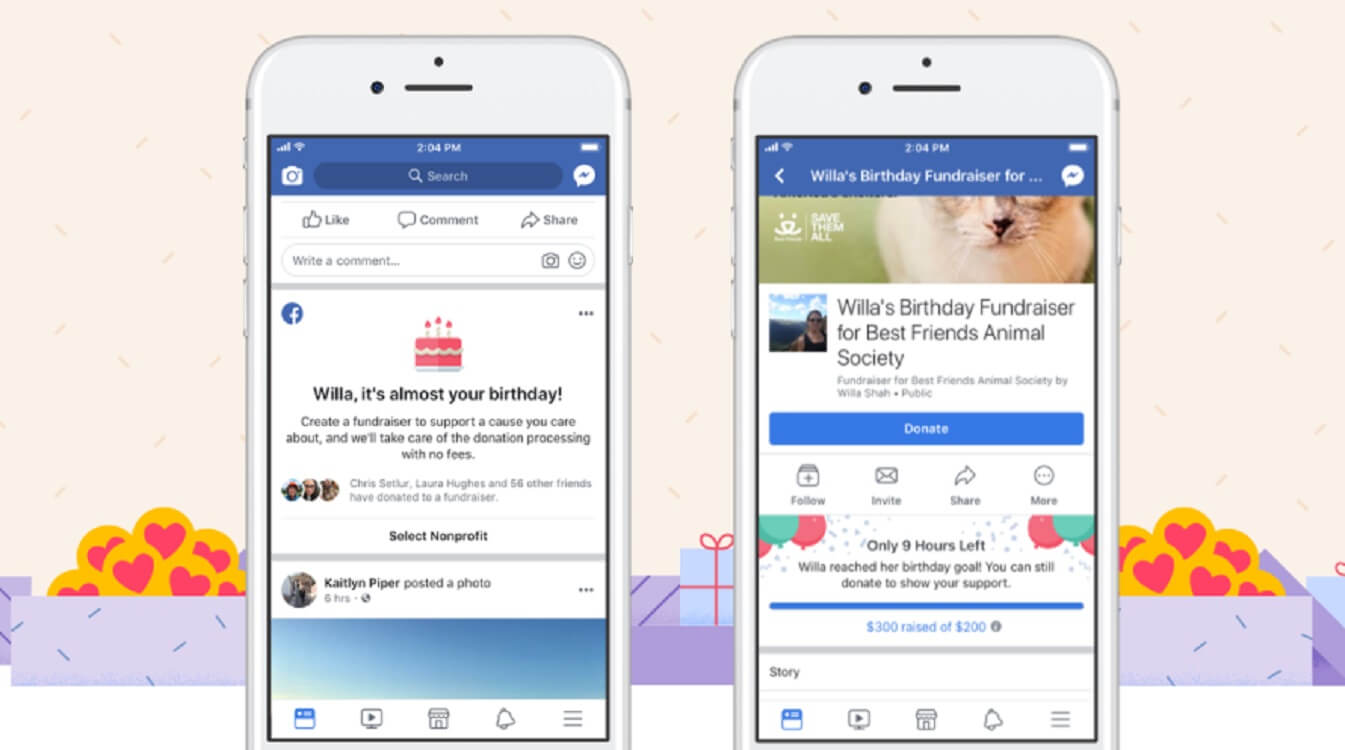 Facebook’s birthday fundraising tool has generated $300 million in donations since it launched a year ago. The feature allows you to create a donation drive online for an organization on your birthday.

Among the non-profit organizations benefiting the most from birthday fundraisers are St. Jude, Alzheimer’s Association, the American Cancer Society, Share Our Strength – No Kid Hungry, and the ASPCA. In total, 750,000 non-profits now have access to Facebook’s fundraising tools.

As the birthday funding tool begins its second year, Facebook is adding new features, including the ability to match donations and add organizers to your fundraisers. Additionally, Pages, including those run by brands, public figures, and nonprofits themselves, can now create and donate to fundraisers. People can also make recurring monthly donations to the organizations and causes that are important to them.

In announcing the one-year milestone, Facebook highlighted some of its birthday fundraisers. These include:

Facebook’s funding tool is a terrific idea and one that’s easy to set up. You can learn more at this link.

Have you ever used the Facebook birthday fundraising tool? What’s your project’s link?