Because who needs a smartphone when you can just check your social media feeds on your keyboard? 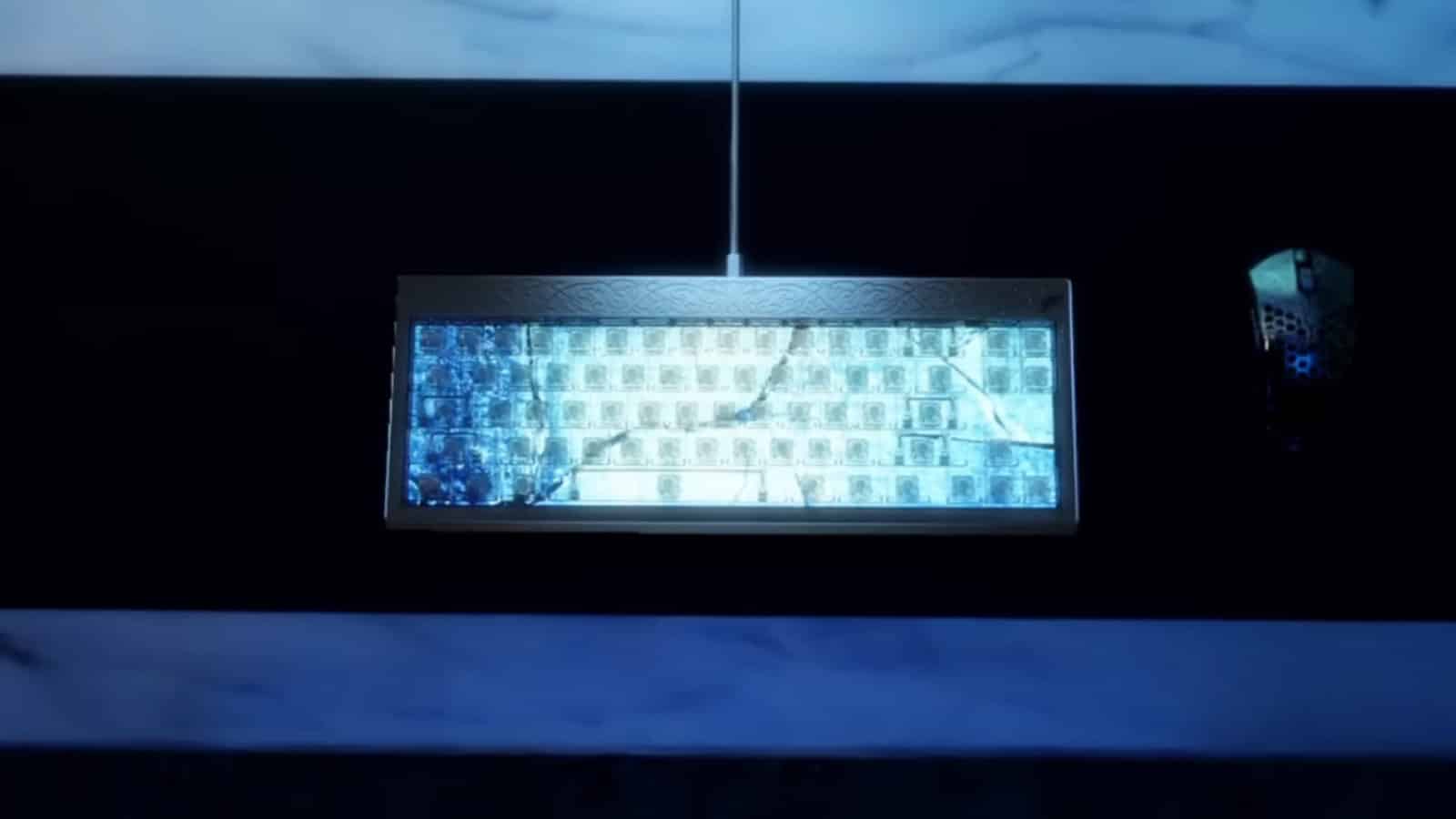 The $349 Finalmouse Centerpiece is the shape of any standard keyboard, but that’s where the comparison ends.

Are you ready for it? The keyboard features a screen underneath the keys that can show videos or respond to key presses.

To achieve this, the Centerpiece uses transparent mechanical switches and keycaps. That’s similar to how macroboards like Elgato’s Streamdeck work.

How it’s different is that the key switches are mechanical.

As a result, Finalmouse will offer two variants, a standard linear Cherry MX-style switch and a hall effect switch that utilizes magnets for actuation.

While regular switches only have an on-and-off state, the hall effect enables analog input.

In any case, Finalmouse’s hall effect keyboard switch has the ability to convey a range of information, similar to the triggers on a gaming controller.

Unfortunately, the company hasn’t said if the hall effect switches are set up for analog input. It’s possible they are using them to register digital on/off states.

Most importantly, the screen displays interactive animated visualizations. According to Finalmouse, the keyboard can store three skins at one time and doesn’t require a program running on your PC to work.

Equally important, the skins are powered by Unreal Engine 5, thanks to the keyboard’s onboard CPU and GPU. Additionally, it’s a 65 percent layout, so you get arrow keys but no F-row.

The Finalmouse Centerpiece costs $349. Previous products have dropped as short-run, hard-to-get items, and we expect this keyboard will follow that pattern.

The company says it will release early next year.