There isn’t any word of when we can expect Windjammers 2 exactly.

Yep, it’s exactly what you should expect and more.

remaster from two years ago was a fantastic opportunity for the world to get reacquainted with the rapid-fire frisbee goal action game. This year brought the announcement that there’s actually going to be a sequel and the excitement was palpable.

At PAX East, I met up with Dotemu and got an opportunity to take the in-development build for Windjammers 2 for a spin. Turns out, it’s more of the same in the best ways imaginable. 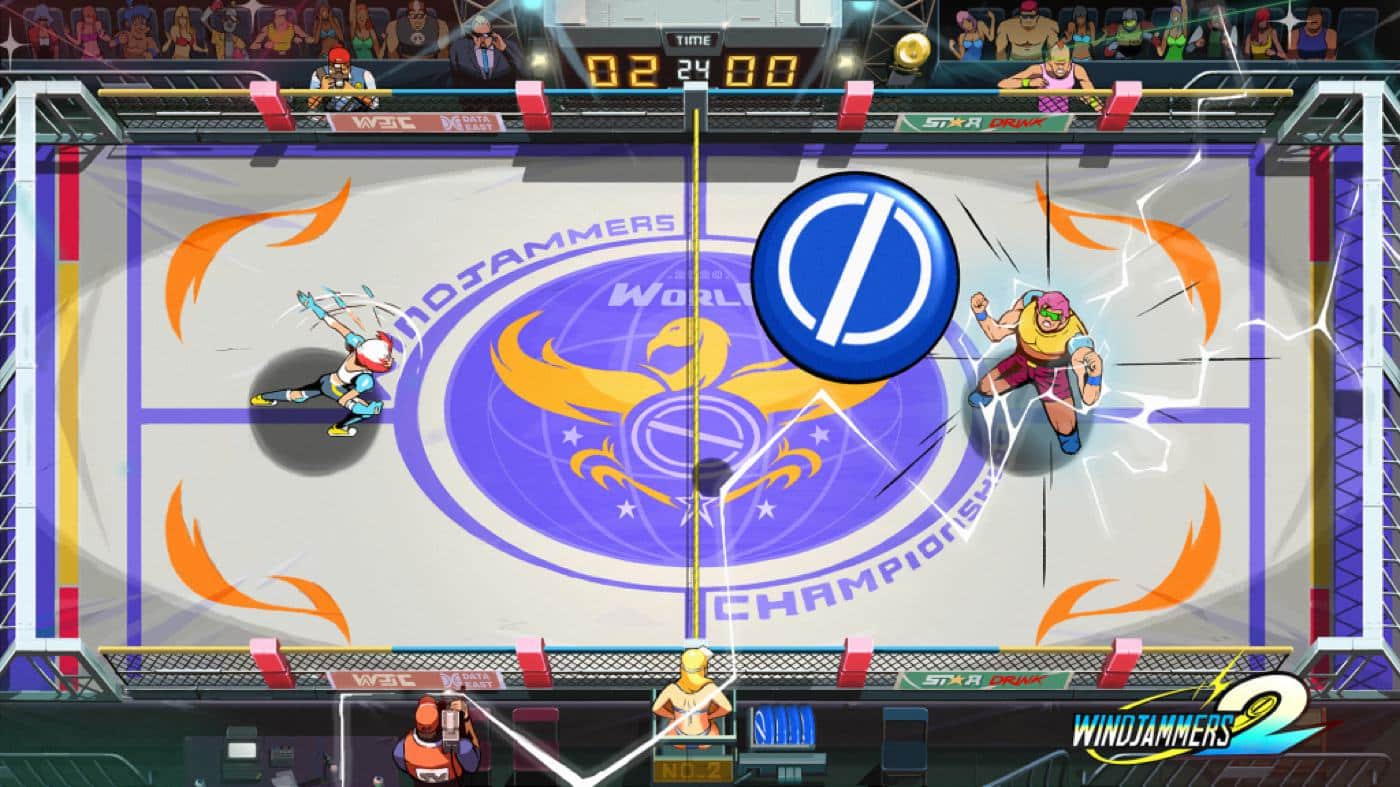 The super early build of Windjammers 2 that I played featured four playable characters, including a new guy and girl. The girl’s handling was awesome and she could recover from dives quickly. Her drawback was that she lacked any creative shots, making you rely more on speed and positioning over trickery.

The new guy is a portly Hulk Hogan-looking man that was one of the slowest characters I’ve ever seen in Windjammers. His dives cover an impressive amount of distance and the roll afterward helps make sure his movements are consistent. His shots were fast and hard to track, making him a threat whenever he has the disk.

Almost everything else seemed completely par for the course. Almost. There were some very new changes to the way you can throw the disc around. While you can still aim the throw, as usual, you can now slap throws away to cause a disc to fall on the inside of the opponent’s side or lob shots into the inside to punish players that play the goal. This is a big change and the Dotemu team hopes that it will allow for more competitive matches with less turtling.

The build we got to play was very new and very unfinished, understandably, there isn’t any word of when we can expect it exactly. From the looks of it, it will be an “it’s done when it’s done” situation.

Are you stoked for Windjammers 2? Have any thoughts on this? Let us know down below in the comments or carry the discussion over to our Twitter or Facebook.