This new augmented audio pillow actually lets you feel the sound, whatever that means 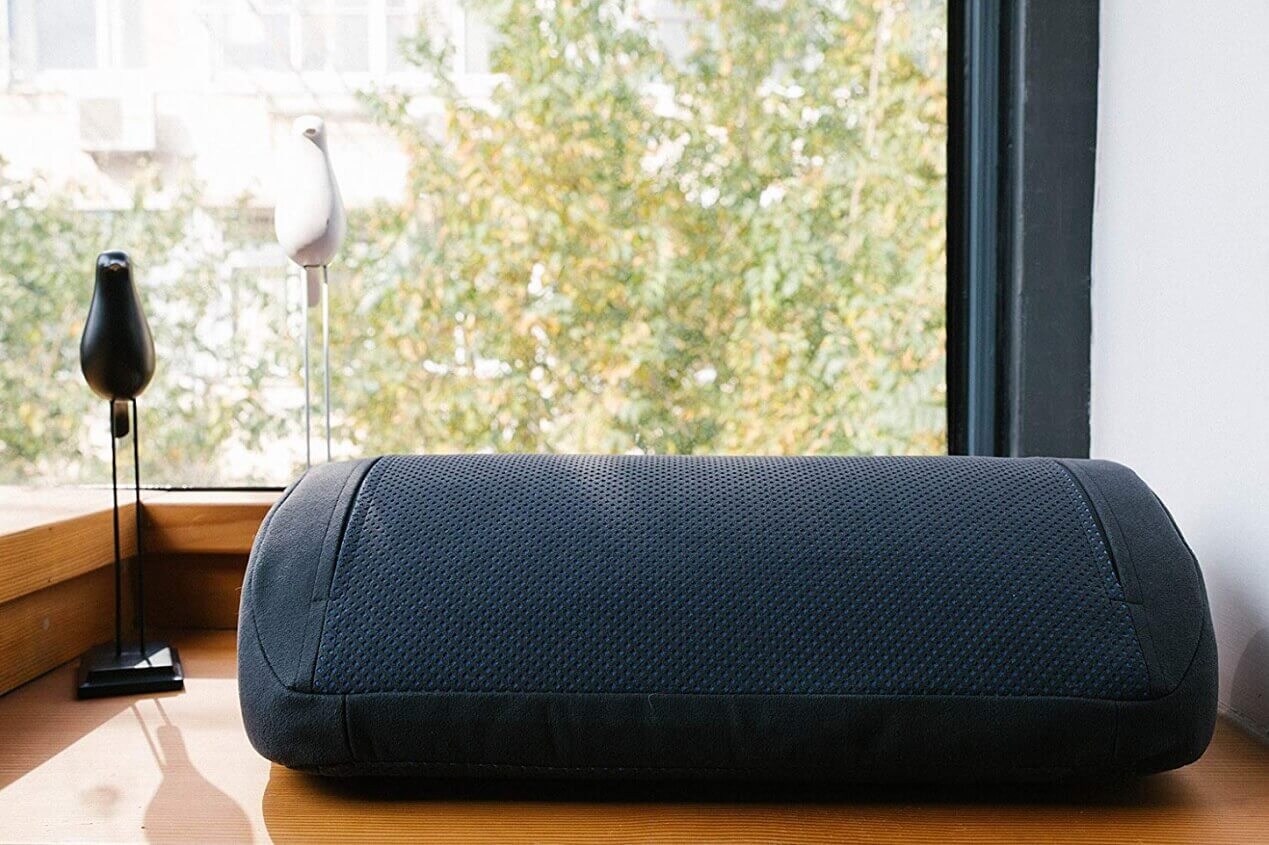 Now you can rock out with your pajamas out with the Flexound Humu Augmented Audio Cushion. Adding a tactile dimension to sound, their patented technology gets you deeper into your media or gaming than traditional headphones or speakers. It’s also been licensed by movie theaters across the country, so next time you see a movie that is thumping, it might not be the kid behind you but the seat cushion, instead.

It’s also Bluetooth enabled, so you don’t have to worry about wires trailing around when you’re in bed, and with eight hours of battery life, all but the most hardened insomniac will drift off way before their whale noises finish playing. Because it’s vibrating a foam insert instead of the air, it produces a Near-field effect which minimizes the usual annoyance to your neighbors that producing phat bass would normally come with.

Humu doesn’t require any special signal processing from your device, so it can be used on any audio generating device with the same effect. It’s perhaps better suited for gaming or movie watching, as it produces a great sense of immersion, rather than an audiophile’s desires. That’s not to say it’s not perfectly at home with music, just that the overall experience seems geared towards other uses.

From the successful Indiegogo campaign for funding, the team is now in the production phase, and if you’re interested you can get a Humu from a number of outlets depending on your country for roughly $299.

What do you think about a pillow that plays music? Gimmicky or needed? Let us know in the comments.