On the inside, we’re all cake in the end. 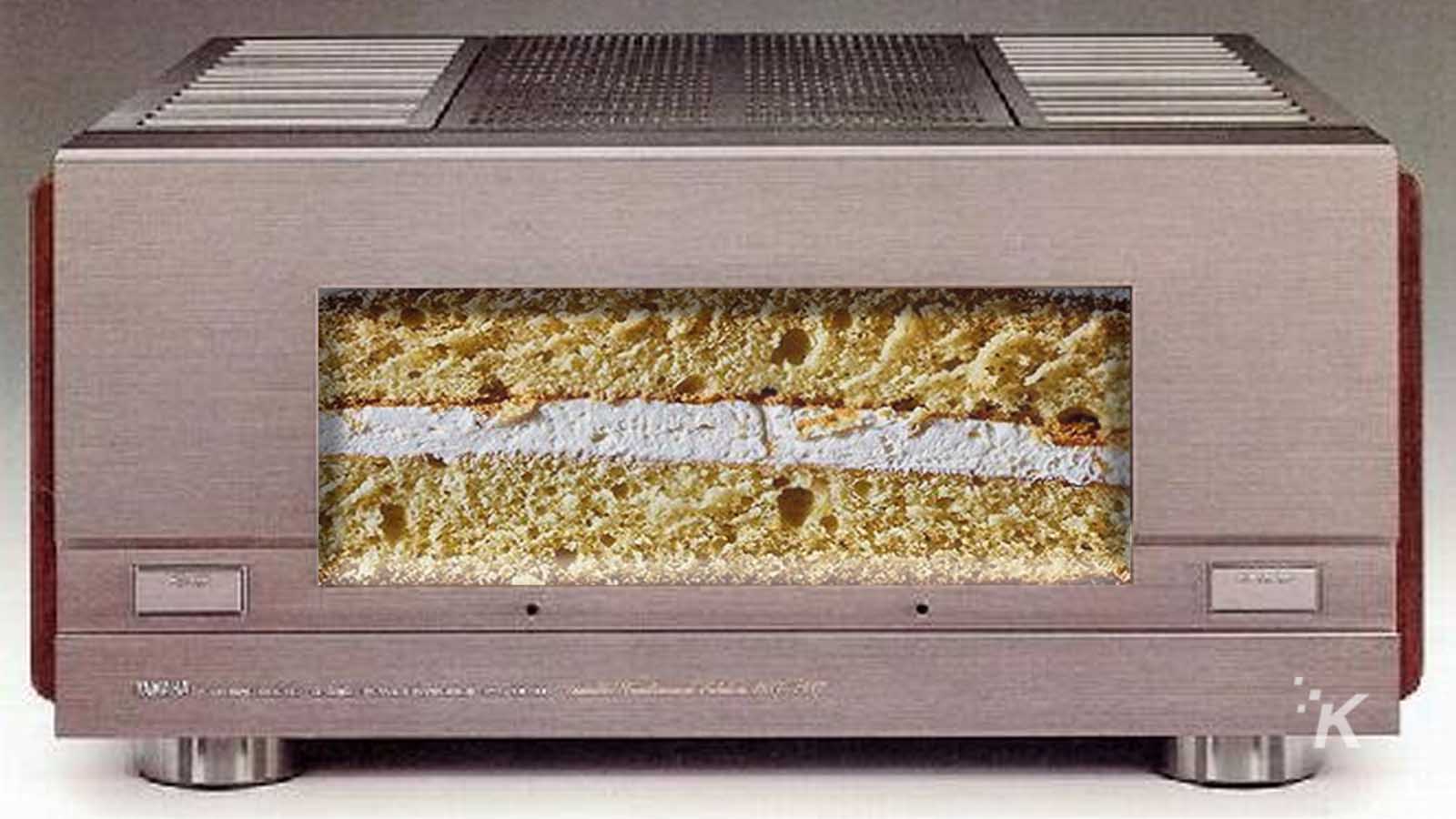 This weekend Buzzfeed’s Tasty blog uploaded a video of a bunch of cakes. The hook was that the cakes look like every day normal objects, but were actually cake. The caption said as much. However, since we’re all spiraling in a reality that has pressured our brains into tiny little baggies of discombobulated mush, the internet latched onto this juxtaposition of visual illusion and reality and the video went viral over the weekend.

This video is kind of like the premise of Crazy Delicious on Netflix, in which contestants have to create foodstuffs that look like other things that are not always food. But they are food.

The point is, amidst all the madness happening in the world (mostly in the United States, let’s be honest here), it was nice to have something distract us for a moment, taking us back to the early days of Twitter when it was all nonsense and memes.

These Are All Cakes pic.twitter.com/ejArkJHaid

No, this cake meme was a welcome distraction from the hell storm of anxiety and apocalyptic fear that really lies within each and every one of us. Though, those started to mix with the cake and Twitter users were quick to begin questioning their reality.

The year is 2030. Bakery art is so realistic, literally anything could be cake. The uncertainty has gripped the world in fear. I go to hug my wife for comfort. She is cake.

Then the home bakers started sharing their own videos of things that don’t look like cake but are cake. Then the graphic designers hopped in and started sharing things that definitely aren’t cake but were digitally cut open to reveal cake. The jokes intensified. We leaned into this meme like we haven’t leaned into a meme in a long time (because we haven’t). It felt like sex after a two-week quarantine.

While our so-called President had the hemorrhoids sucked off his asshole by a sitting U.S. Senator, while the White House worked to discredit the one smart person in the building and the bobble-headed Secretary of Education got eviscerated by CNN’s Dana Bash, we took a moment to fuck off into a mystical cake world.

This country is changing thanks to the pandemic. It might not look like it right now, it might look like absolute hell out there, but there is change coming. It will be forced by the people and by leaders who are actually worth their salt (certainly not Ron DeSantis, the biggest pile of moderately sentient human excrement stuffed into a suit). Education, healthcare, employment, universal basic income, housing, and so on will all undergo drastic changes in the next couple years, regardless of Federal leadership. The people will do it.

For the moment though, we can eat cake. We can watch videos about cake and we can take a break from reality and fall headfirst into the fantastical delusion of everyday objects being cake. That’s the delight of social media, that’s what we’ve missed. While I was blocking antisemitic trolls last night, I was also taking the time to look around my apartment and wonder if all this is real, or if it’s just cake.

What do you think? Have you found any suspicious definitely-not-cake items around your home? Let us know down below in the comments or carry the discussion over to our Twitter or Facebook.