Starting soon, you might see an alert in your activity feed when the platform is having problems. 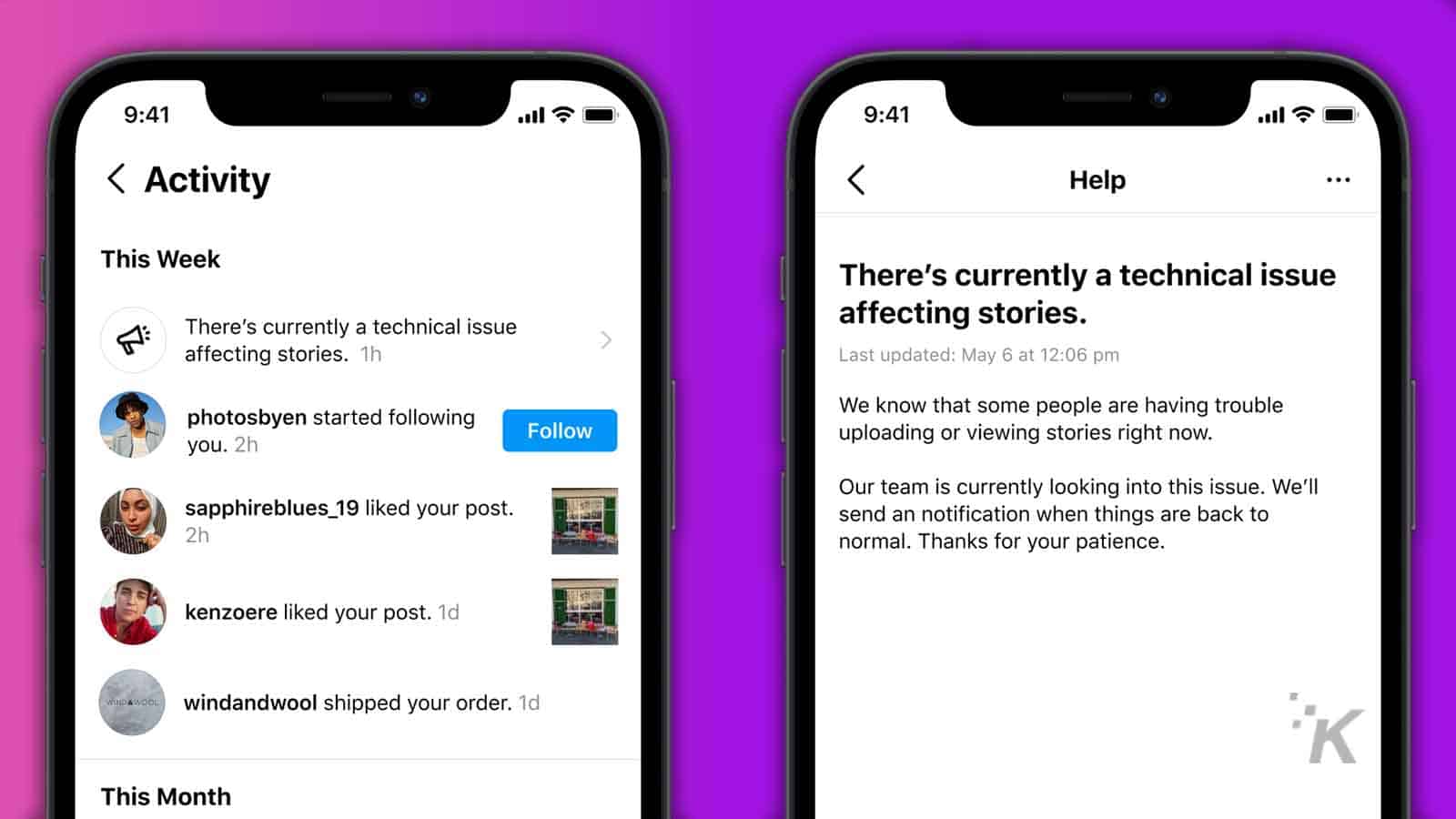 Last week, all of Facebook’s massive empire went down in a blaze of glory for several hours, giving its users one of the most peaceful afternoons they’ve had in a long time. Now, Instagram has said that it is planning on adding an alert feature to notify users when the platform is experiencing major outages.

In response to last week’s outages, Instagram announced a new feature that should ease the concerns that some users have when the platform isn’t working correctly. The new feature will appear as an alert in your activity feed whenever Instagram is experiencing outages or issues.

Instagram said it won’t be sending these notifications every time the platform experiences any sort of hiccup. Instead, the platform will determine when people are “confused and looking for answers” regarding the platform’s performance. Only then will it decide whether or not adding the notification will be helpful in the given situation.

This sounds like a nice feature. Instead of pondering over whether or not something is wrong with their own internet when Instagram goes down, a little message confirming that the platform is having issues could make a world of difference.