The feature, which was previously in a small testing phase, is now available to everyone on the platform. 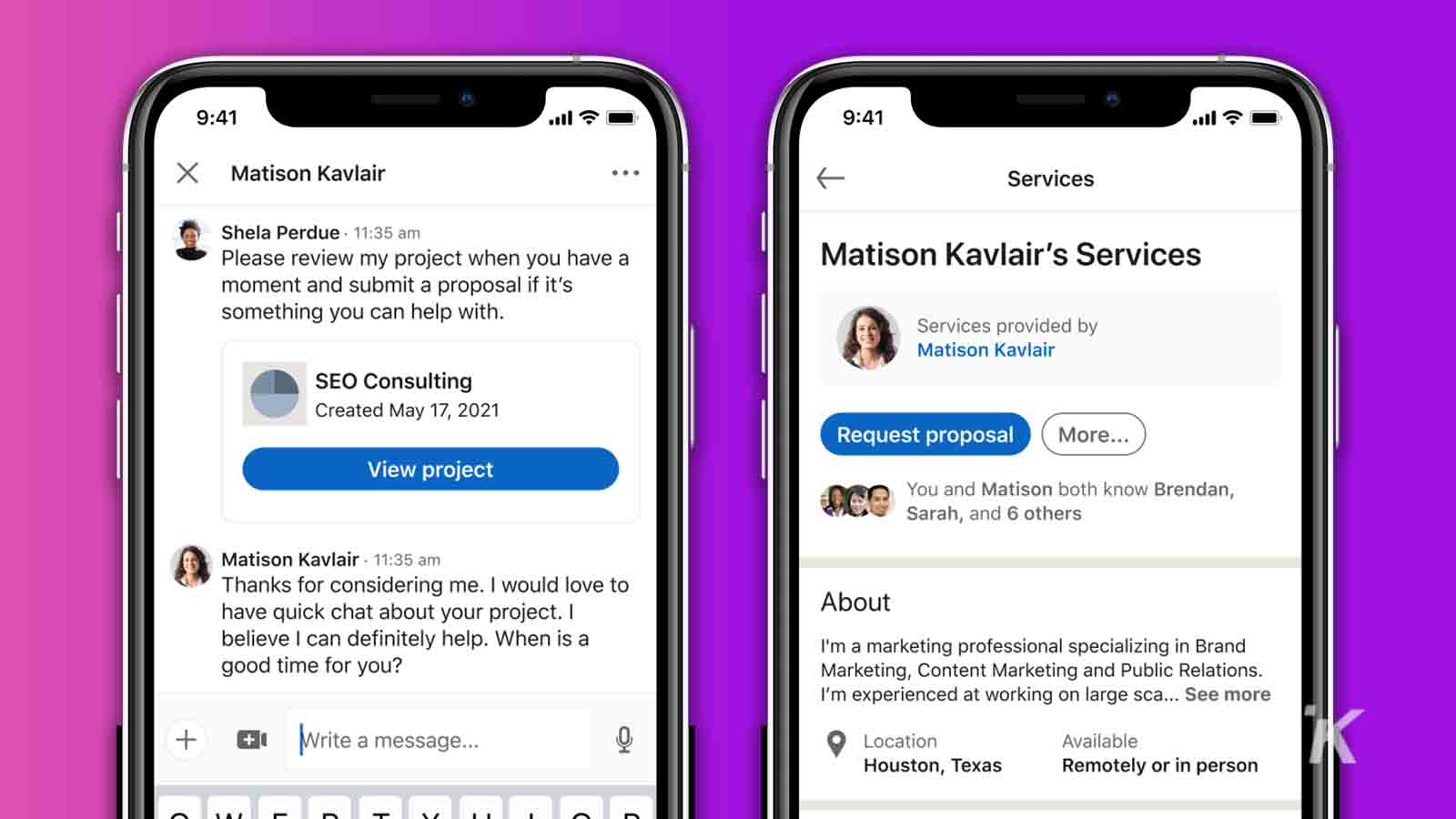 Everyone’s favorite business-oriented social media platform, LinkedIn, is expanding its services. The platform has decided to open up its Service Marketplace feature to everyone, nearly eight months after the company originally began testing the feature with a small number of users.

According to a new report from TechCrunch, LinkedIn has completely opened up this new feature on the platform. The feature had previously been unlocked for around 2 million of the platform’s users, but the company has now opened it up to its more than 800 million global LinkedIn users.

READ MORE: The FBI is warning LinkedIn users of rampant fraud on the platform

LinkedIn product manager Matt Faustman told TechCrunch that the company is “barely scratching the surface” of this new feature. The Service Marketplace currently has 250 job categories, with plans to expand to more than 500.

As of right now, there are also a few more features missing from the Service Marketplace, like a way to negotiate fees or send invoices. There’s also no way for a freelancer to find jobs on the Marketplace, only the other way around. Faustman says that these features are missing intentionally, but they will be reevaluated as the service gains more traction.

This represents an interesting move for LinkedIn. The platform has previously been centered on finding and sourcing permanent, full-time jobs for professionals. However, as a lot of the workforce shifts toward more short-term, freelance jobs, the platform hopes that this new feature will help employers connect with the right kind of freelance employees.

READ MORE: Linkedin now has a ‘no politics’ setting – here’s how to use it