Technology was a mistake. 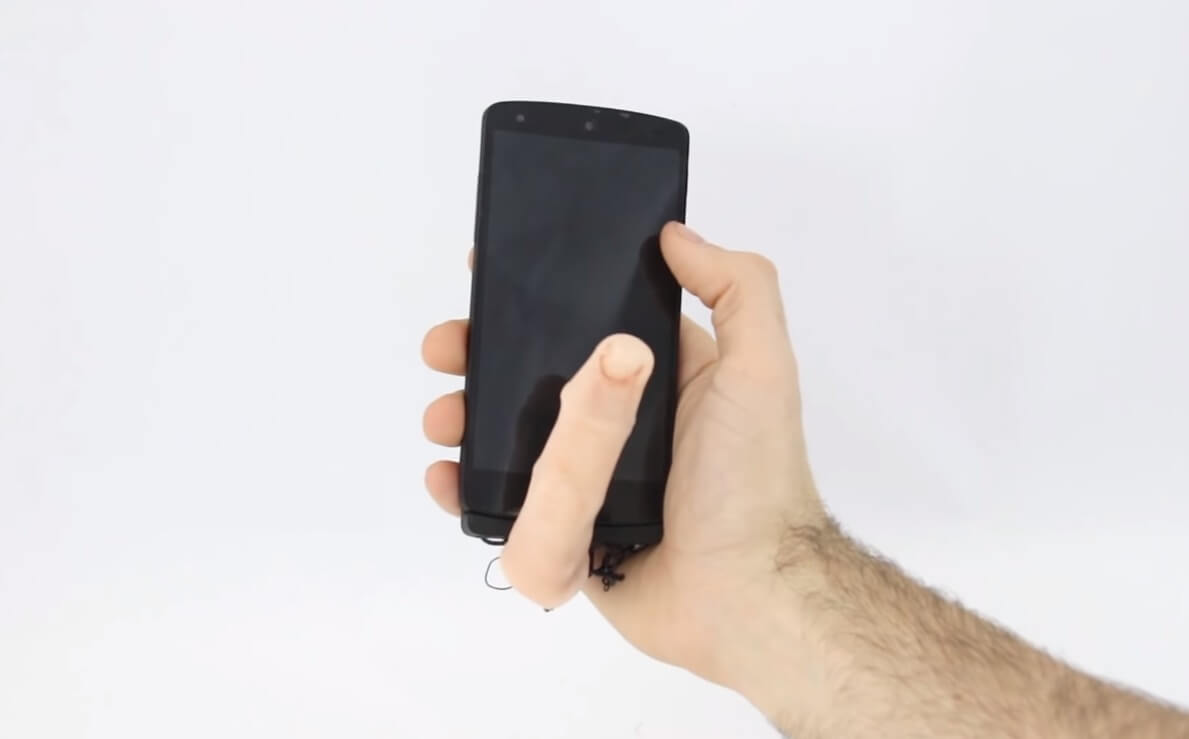 We need to stop. Technology has gone too far. Shut it down. All of it.

Our phones keep getting bigger and we continuously find new things we need on our phones. Things like battery cases and freaking Popsockets – those things make sense. Those things are good. But for some reason, Marc Teyssier has decided that what the world really needs is an animatronic finger that attaches to your phone.

Because we’re apparently too good for just a normal kickstand on our phone, we need a robotic finger to hold our phones up while we binge the ongoing docudrama from Shane Dawson about Jake and Logan Paul.

And like some sort of bastard creation from Toy Story, the MobiLimb will actually drag itself and your phone across the desk, because if we’re going to be creepy, might as well be super fucking creepy.

You can also set up the stupid finger to do certain actions when responding to notifications and while the skin coating of the “arm” doesn’t have to be on the device, if you’re going to do it, just go all in and make all of your friends and family uncomfortable.

Am I overreacting about this new phone gadget? Let me know below. Or don’t. I never want to think about this thing again.