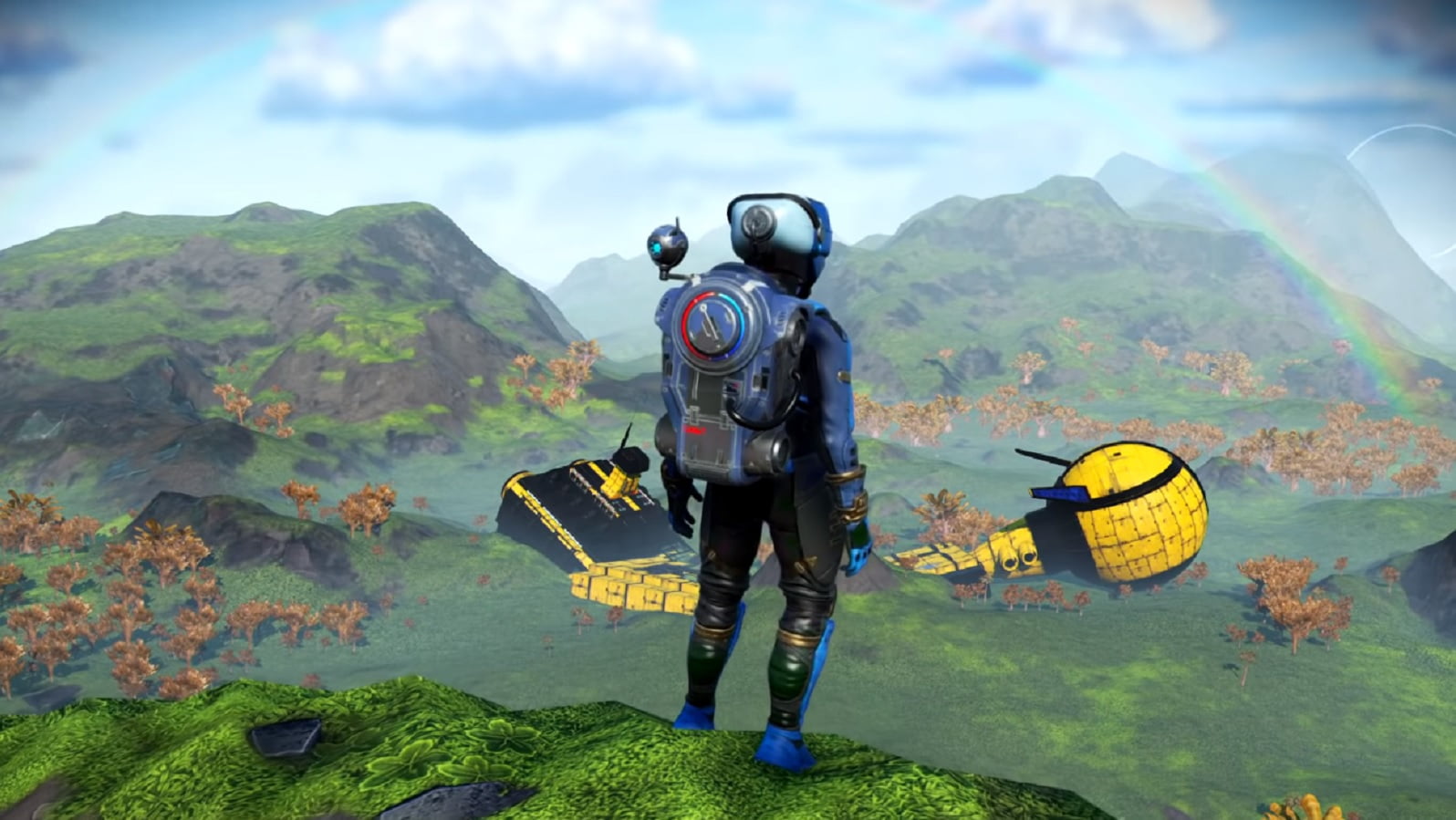 No Man’s Sky has one of the strangest story arcs of any game in recent history, but the company continues to push welcoming updates to the game.

Recently, of course, you had the big NEXT update which brought a ton of improvements to the game and then Hello Games turned around and gave us another big update which improved the seas and gave us new missions, submersibles, and various other things pertaining to exploring the water of No Man’s Sky.

Now, thanks to a new leak,  we have an idea of what the next update, Visions, will contain. This comes from an unlisted YouTube video which highlights the feature, similar to how Hello Games did it with the last update.

With this update, players can expect more planet and palette variety, collectible exploration trophies, more interactions with crashed freighters, the ability to find and dig up fossils, and new community missions.

As you can see from the video, there’s a lot that will be added. Personally, the thought of more fauna and biome diversity is most appealing to me. While many of the aspects are fun, I’m not sure anything quite bits just hopping in your favorite ship and exploring the worlds for unique, procedurally generated areas.

Obviously, there has been no release date announced, but we’ve reached out to Hello Games and will update accordingly.

No Man’s Sky is available for Xbox One, PlayStation 4, and PC.

What do you think? Are you still playing No Man’s Sky? Let us know down below in the comments or carry the discussion over to our Twitter or Facebook.