RGB, tempered glass and it only costs how much? 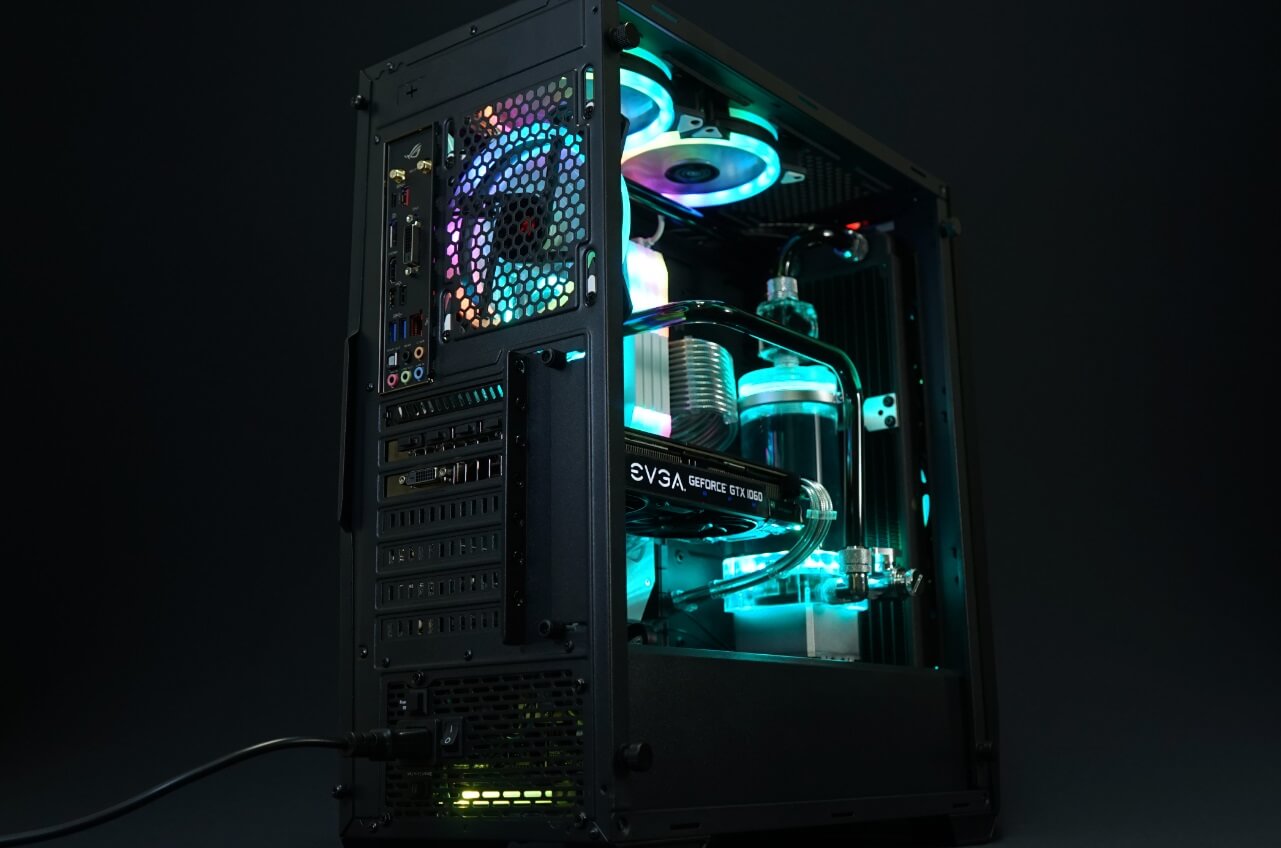 Today’s PC market is a weird one. You can get a good case for less than $100 with tons of well-thought-out options and even RGB. One such case is this DF500 RGB from Antec, and we’re going to have a closer look at it today.

The DF500 RGB retails at just shy of $70, so it’s aimed at the budget end of the market. That doesn’t mean you get bargain-basement features, however, with a Tempered-Glass side panel to show off your build, and a smoked-plastic front panel with three included RGB fans. Oddly there isn’t a back exhaust fan supplied, so bear that in mind if you are purchasing the case.

It’s a mid-tower, so while you can fit a full-sized ATX motherboard in there, there isn’t a whole lot of space for hard drives etc. There’s space for two 3.5” hard drives under the PSU shroud, and the mounts for these can also fit 2.5” drives.

This cage can be moved slightly front or back depending on if you need to fit a longer PSU in. There’s also two 2.5” mounts on the back of the motherboard tray, and two inside the main motherboard area. There are seven PCIe slot holes, all of which need to be snapped off to use. Antec has only supplied three replacement, screw-on slot covers so if you install more than one GPU you’ll end up with empty holes unless you repurpose old ones from another case.

The PCIe slots also have a sliding cover, like we saw on the Raidmax Sigma we recently reviewed. This is a nice way to close air gaps but can make installation difficult. We had trouble installing our water-blocked RX480’s without some careful maneuvering.

There’s support for GPUs up to 380mm long, and CPU coolers up to 165mm tall. You won’t get away using the larger Noctua cooler towers in this case.

The thick tempered glass window survived shipping without incident, so the packaging that Antec chose is sufficient. There are no rubber grommets on any of the cable pass-throughs, presumably to save costs.

You can fit up to a 360mm radiator in the front panel, but with only 55mm to play with you’re limited to 30mm thick radiators. You can also put another 120mm radiator on the exhaust port, but due to how the top panel is made there’s no room for any radiators up there. Most people buying at this price range will be using AIOs or air cooling, but it’s always good to have some options.

The included RGB fans run off an included RGB hub that’s controlled by a small button on the front panel next to the power button. They can also be connected to your motherboard’s RGB header for more color customization and syncing with the rest of your hardware. The fans themselves are 3-pin so don’t expect any speed control. The fans are fairly silent, I couldn’t hear them with all the sides on the case.

The colors were pretty accurate, and bright, which is all we really can ask for with RGB fans. No fancy software control here, so you’re limited to what your motherboard manufacturer provides.

There are dust filters on the PSU intake, top panel and front panel, all secured with magnets. This is good to see on a budget case. The whole top of the case is open, with just the dust filter covering it so there’s plenty of airflow, even with the slightly restrictive front panel.

All things considered, Antec’s created a striking exterior with a fairly normal interior. Keeping in mind the few restrictions on mounting points, this case should work for most standard builds. The only minor issues I have is the inexplicable omission of an exhaust fan and the break-off PCIe covers. The styling of the DF500 RGB might not be everyone’s cup of tea, but I like that Antec took a chance on something different, which reminds me of their Lanboy glory days.

The DF500 RGB gets a recommended from me, as long as you’re not doing custom watercooling – which could prove tricky.