Review: We get a charge out of 1byOne’s Multi-Function Jump Starter

If your is prone to battery drains, this Multi-Function Jump Starter from 1byOne is a must buy.

We’ve taken a look at a few of 1byOne’s goodies recently over the past couple weeks. At first glance they initially seem to fill a certain niche without a ton of flexibility, which should be expected when you do something crazy like buying a portable turntable. However, the cool folks at 1byOne sent us something to take for a spin that was far more flexible than their first two items, a Multi-Function Jump Starter. 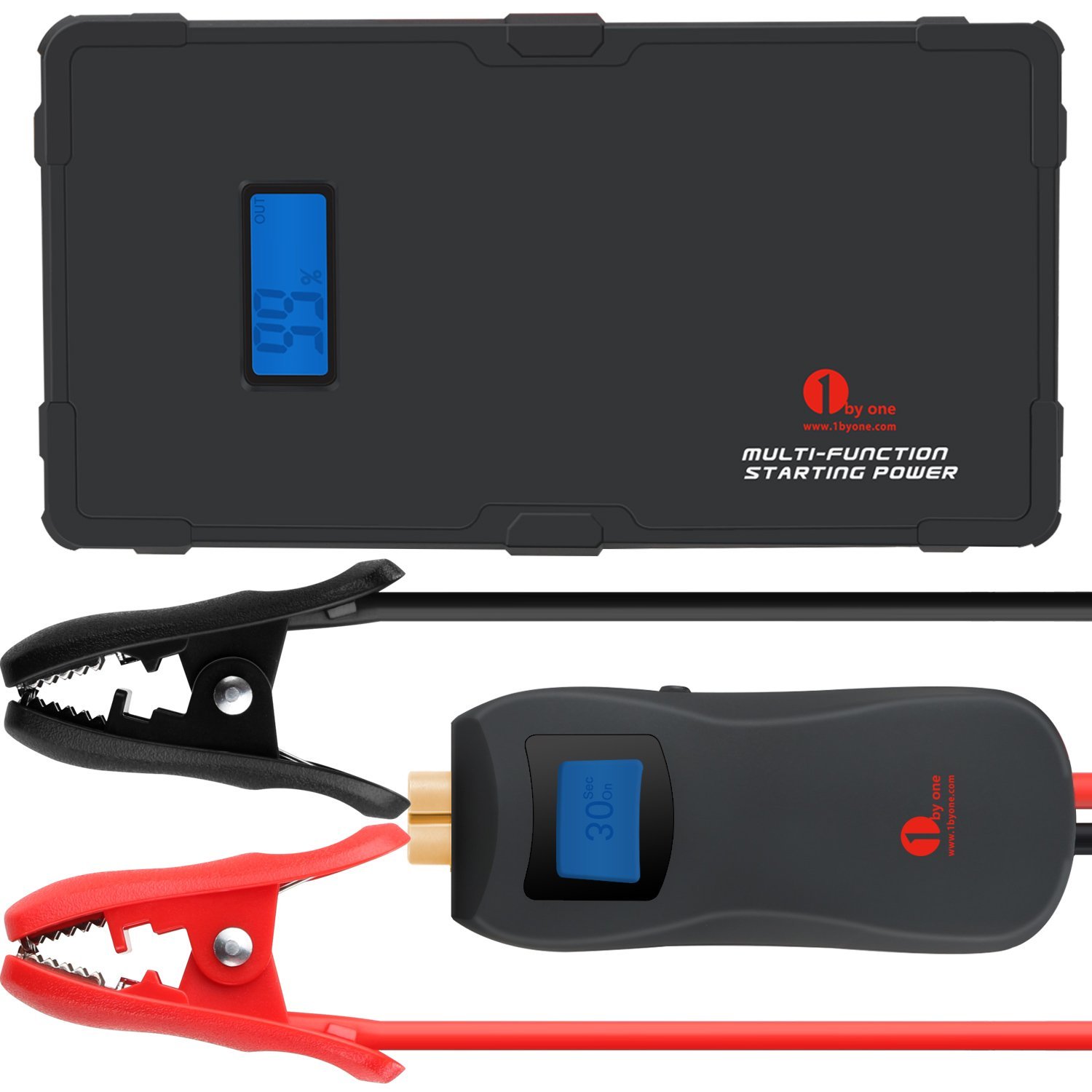 When I was asked to write about this, I kinda wondered how I’d get it done. I mean, I wasn’t about to let the battery run dead in my car just so I could jump it, but fortunately circumstances allowed me to try it out. We’ll get to that in a moment.

More importantly, I want to explain where the term “Multi-Function” comes into all of this. When you first see the pictures, you’ll notice the battery unit and the jumper cables immediately. On closer inspection you’d realize that the battery unit is a full functioning 9000 mAh battery that can charge any USB-powered device as well. Even at $77, that makes it cheaper than a Mophie and many other portable battery units. 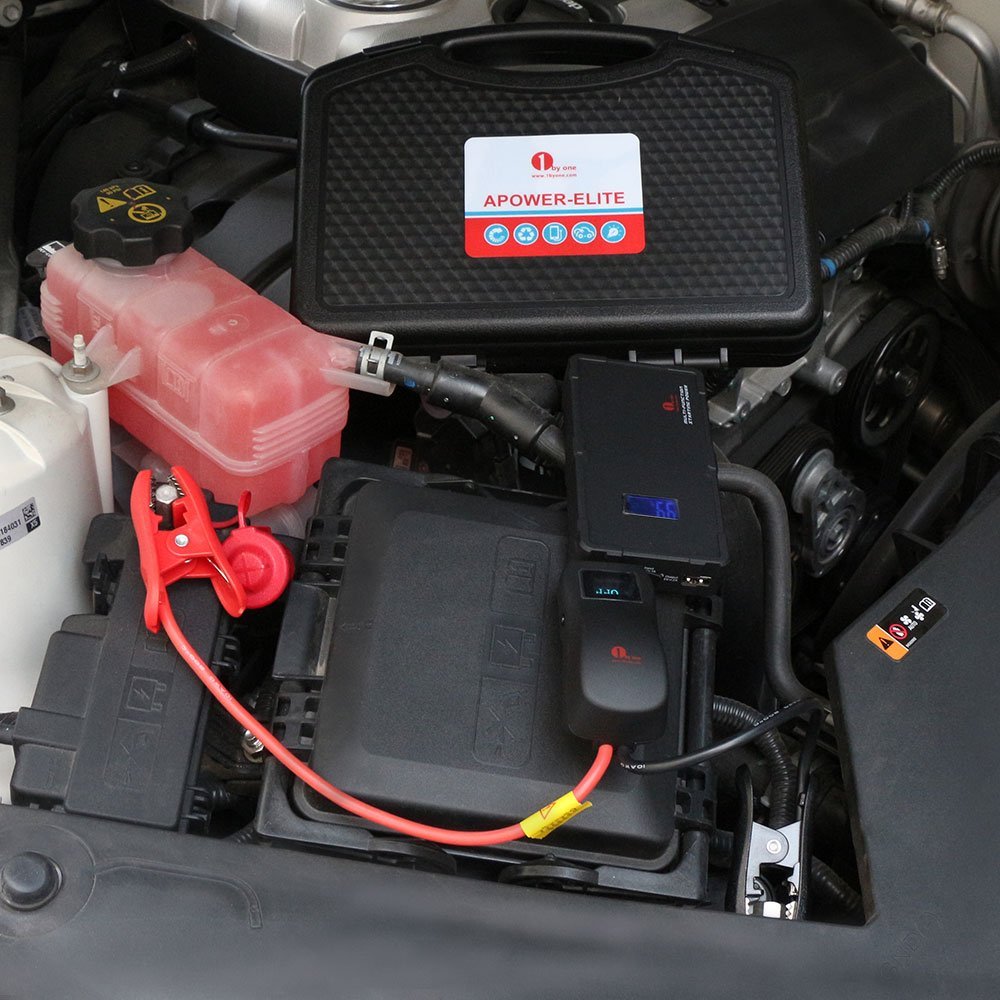 The kit also comes with a wall and car charger for the battery, which is handy to have but not necessarily mandatory. While I don’t usually read directions all the time, I learned a nifty little trick right before I wrote this review.

A neighbor left their car lights on last night. While I saw it upon getting home, I decided that I’d take advantage of the situation and offer them a jump in the morning. Fast forward to morning,  I put the jump starter on the battery unit, primed the adapter, and boom, the car started right up, taking a chunk of the battery life with it. They seemed amazed by my little gadget and we chatted about it briefly before I removed it, in the minutes we were speaking, the car had recharged the battery about 20%, meaning it wouldn’t take long at all to refill the battery to 100% after charging it. 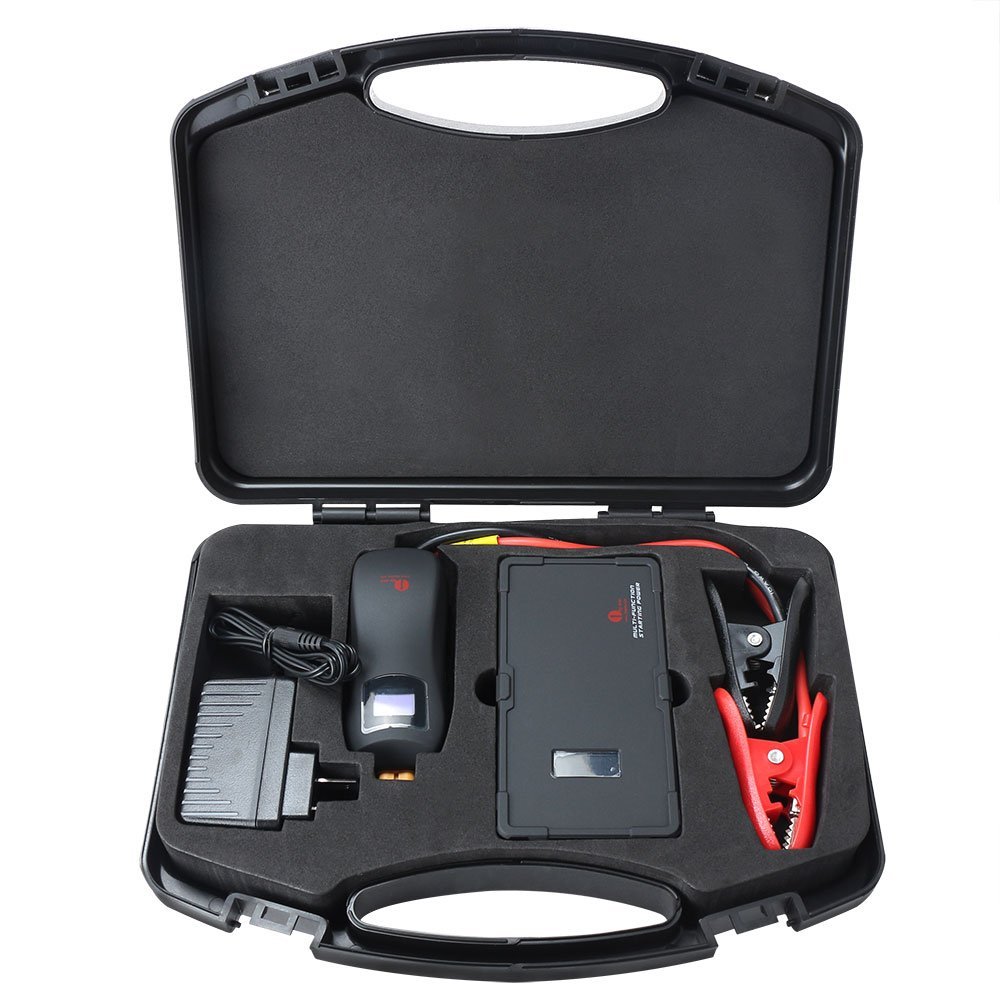 Going forward, keeping this kit in my car is logical and sensible. The battery itself serves so many purposes and while it may be a little to large to carry around, it’s surely something that’s worth keeping in your car. The jump starter attachment is sturdy and doesn’t feel cheaply made. In fact, the only thing in the whole kit that feels cheap at all are the two chargers, and they are afterthoughts at the end of the day. Everything fits nicely in the heavy plastic carrying case and it doesn’t look out of place sitting in the pile of vehicle utilities that are in the back of my SUV.

If you are a tech-centered person like me and you sometimes end up with a dead battery, the Multi-Function Jump Starter is probably a device you’ll want to check out.