This is the most guns I’ve ever seen in a Nintendo game. 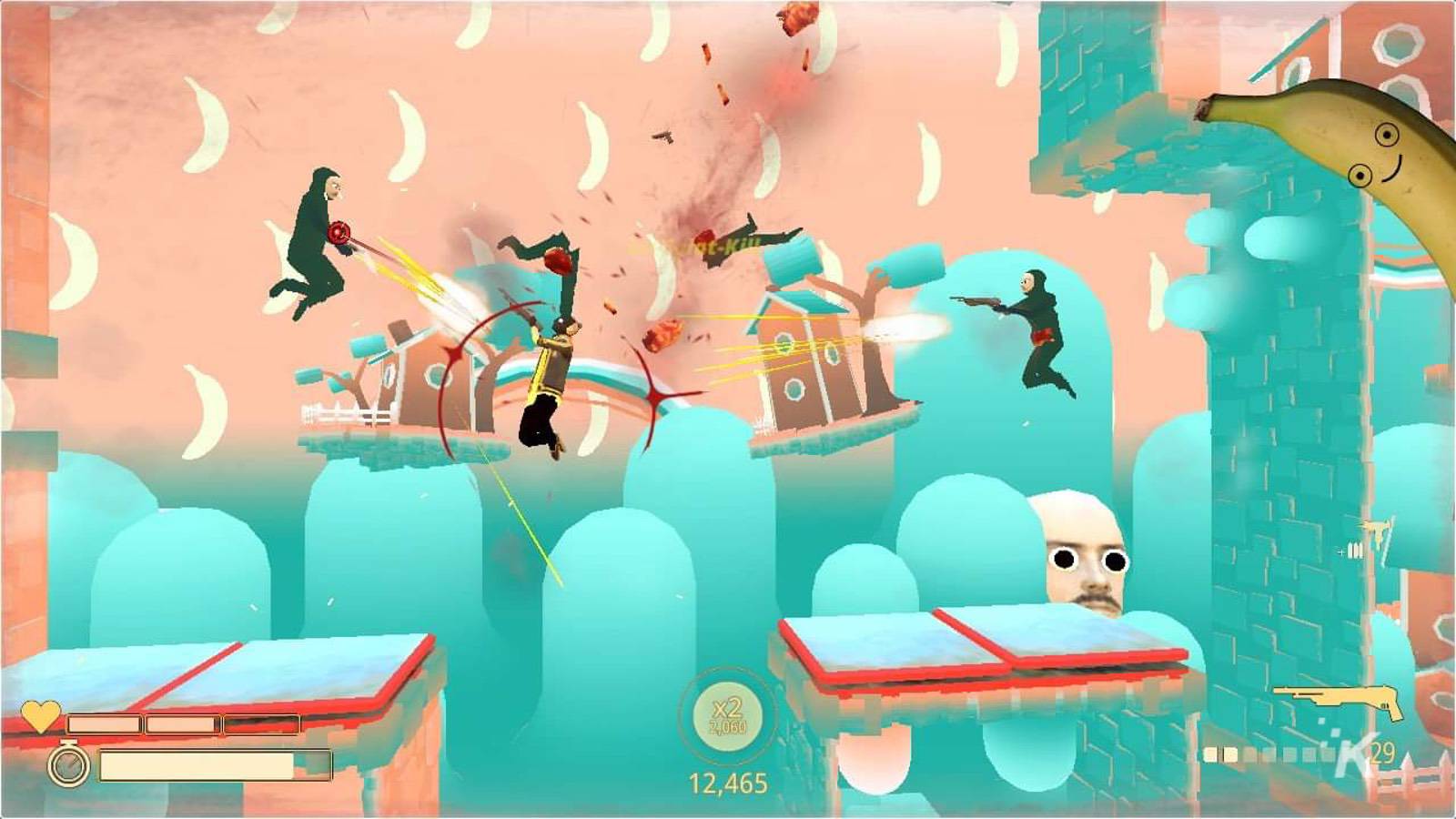 Image: Josh Knowles / KnowTechie
The Good
The gameplay loop evolves throughout the game
The different level hooks make you look forward to what's next
The story isn't the worst thing I've seen
The Bad
The game has a relatively steep learning curve
The games controls don't fit handheld mode super great, I recommend a pro controller or at very least using the controller attachment for the Joycon
8
Overall

The initial concept of My Friend Pedro sounds like it was thought up in a fever dream by the types of people that made me hate Deadpool as a character.

The game is crass and nonsensical, your enemies range from senior citizens to ugly Christmas sweater party goers, gamers and more. The narration is done by a talking banana and there are more guns in the game than I’ve seen in a Nintendo game before. By all means, My Friend Pedro has every right to totally suck. Fortunately, it doesn’t.

It’s slightly hard to actually describe My Friend Pedro without sounding like I’m throwing pitch-worthy buzzwords at you. A ragdoll physics ballet with more guns than sense is probably where I’d start. Is it a story of revenge or just about a brain-damaged psychopath that is taking instructions from a talking floating banana? It’s weird for the sake of being weird and ends up being more fun than our initial PAX East experience.

In My Friend Pedro, the goal is simple – clear the map and kill everyone while getting the highest score and multiplier 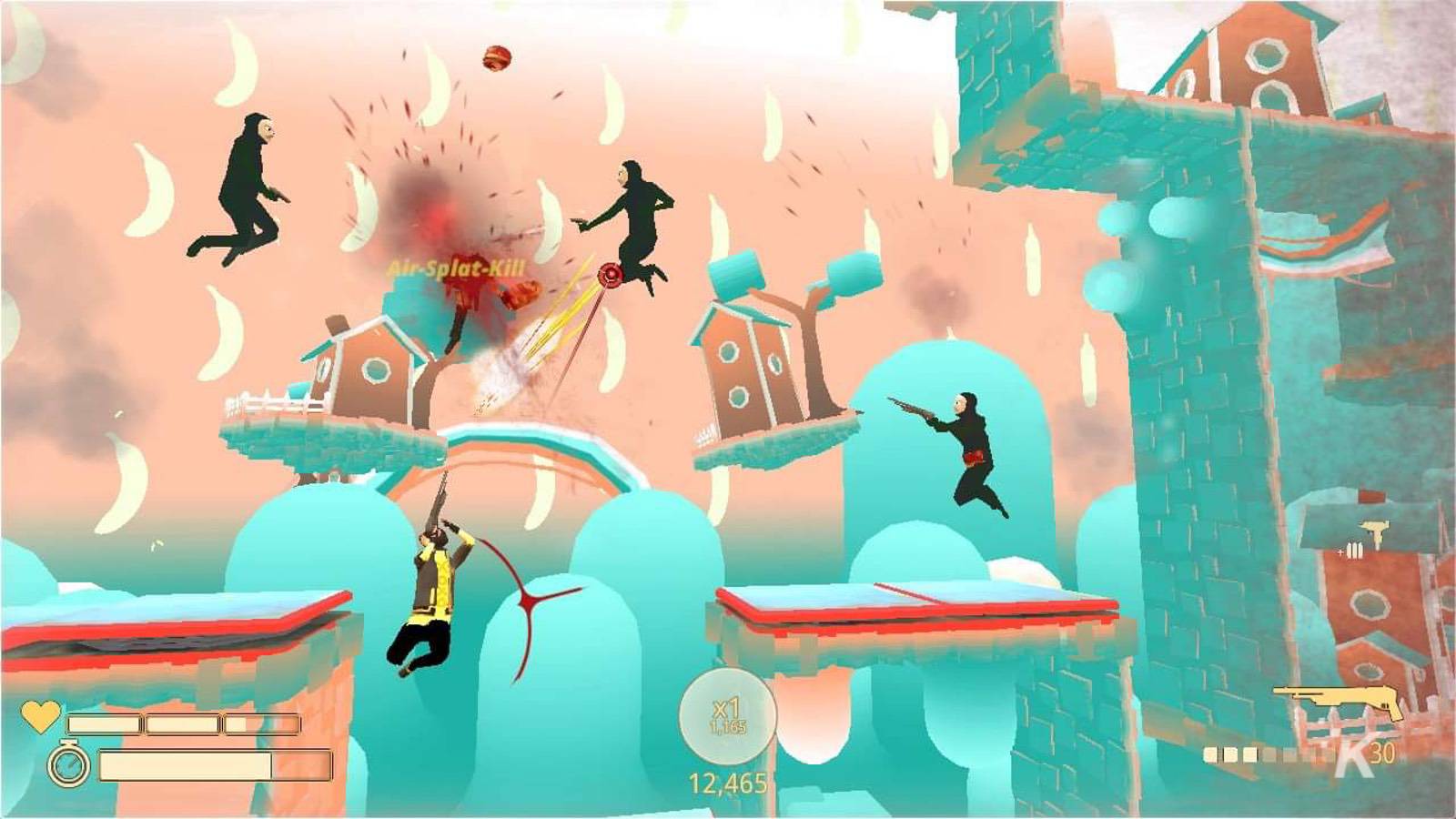 The game has you controlling both arms of your character, while also moving and jumping, flipping and spinning. You’ll start out landing on your head into somersaults before you find yourself doing triple gainers with dual uzis while clearing a room of neckbeards by shooting a cast iron skillet you knocked in the air.

There’s a weird sense of progression that you’ll find as you advance further into the game but it really isn’t given to you by new guns or power-ups, instead, it’s just a matter of the time you’ve spent within the game. That’s more or less the gist of My Friend Pedro.

The game initially comes off as shallow and silly, however, the longer you spend with the game, the crazier stuff you can make happen 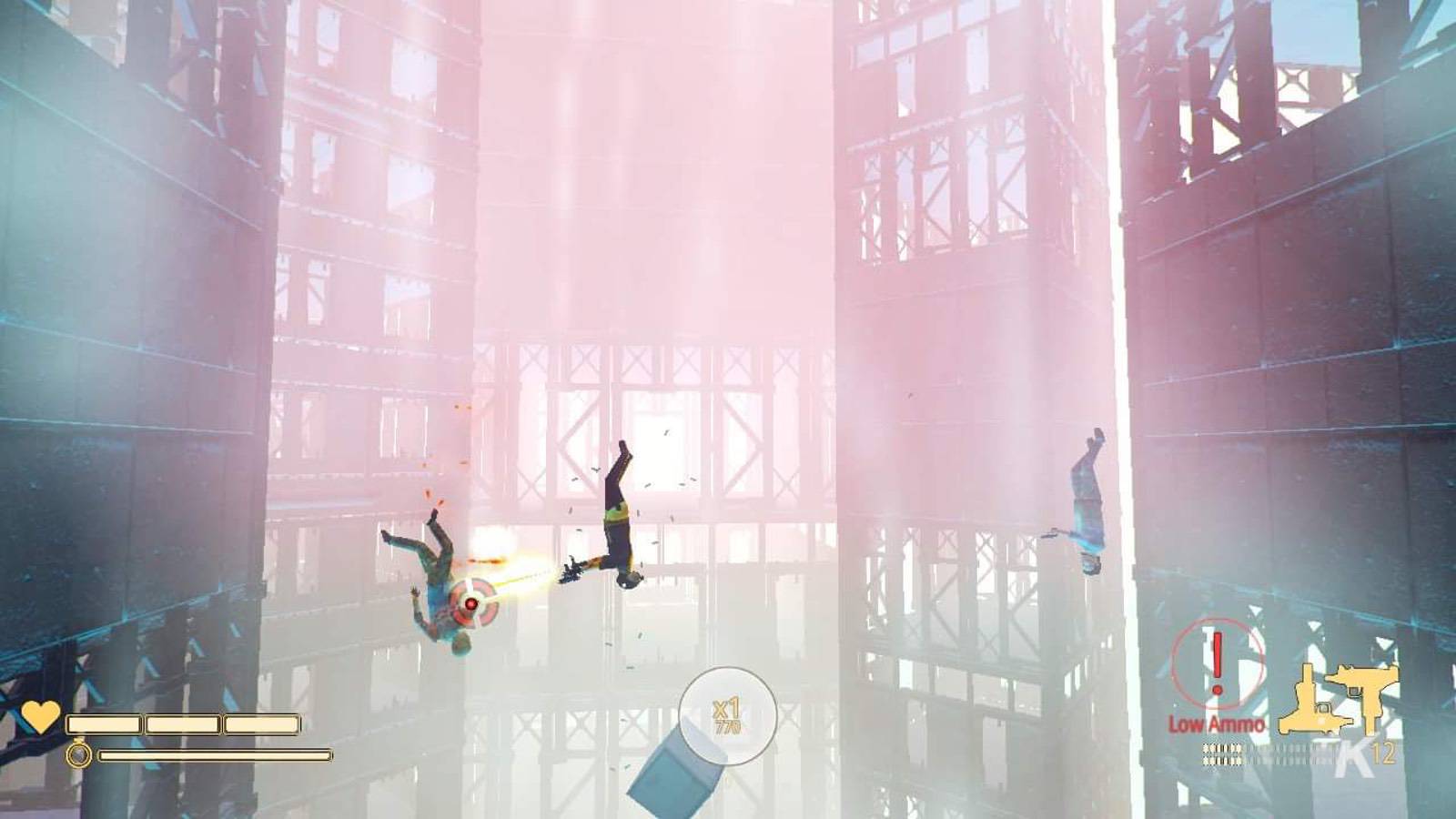 As you get a bit further, the story actually begins to become entertaining, as well. There’s some stuff in My Friend Pedro that is weird and then there’s next-level weird stuff where you look at the game and wonder what the hell is wrong with the minds that thought up levels in the game.

There are some levels in My Friend Pedro that have you using your usual dodge and jump mechanics in new and crazy ways. This is followed by areas that have you rolling around like a ball while shooting switches and levers to open pathways to more destruction. Inconsistency is consistent in My Friend Pedro and that’s where the game truly shines as a Switch offering.

Fortunately, the Nintendo Switch ends up being an almost too ideal home for My Friend Pedro 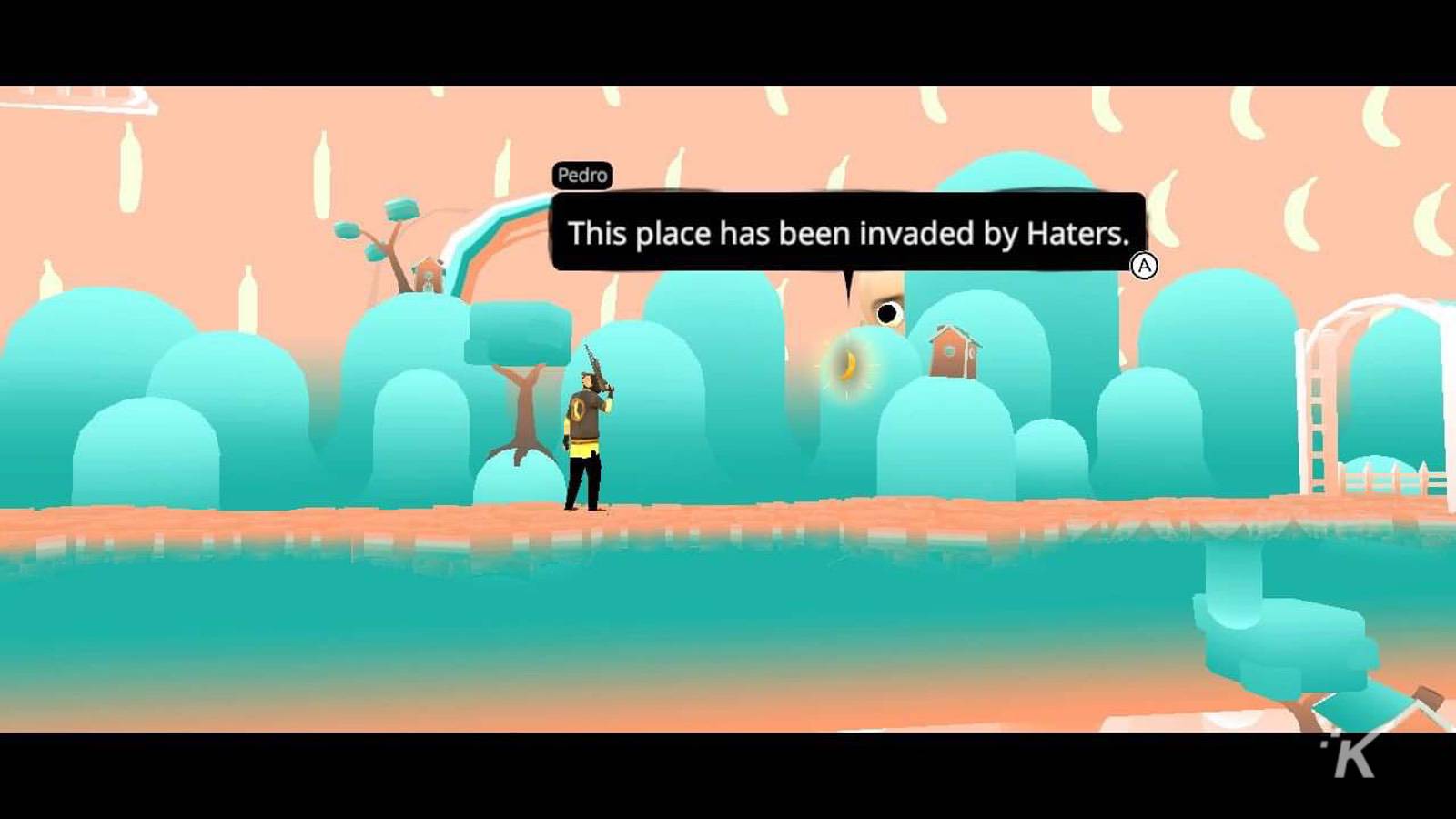 The Joy-Cons fit nicely within the control scheme and the game isn’t super pretty or detailed so there isn’t a ton that the Switch loses with that bit of power it lacks in comparison to other consoles. That isn’t to say that My Friend Pedro isn’t a good looking game but that the usual locales of carnage are generally rundown apartment buildings and sewers. Dark and muddy graphics feel at home and it’s ok. The other locations pop because of this.

If you haven’t picked up My Friend Pedro by now, you are missing out on a game that is generally a ton of fun. The fact that the game doesn’t take itself seriously is a breath of fresh air and the violence seems hilariously disconnected from what you expect from a Nintendo Switch title. Do yourself a favor and pick it up.

A sample unit was provided for the purpose of this review. Read about KnowTechie’s scoring system here.

The Good
The gameplay loop evolves throughout the game
The different level hooks make you look forward to what's next
The story isn't the worst thing I've seen
The Bad
The game has a relatively steep learning curve
The games controls don't fit handheld mode super great, I recommend a pro controller or at very least using the controller attachment for the Joycon
8
Overall
Related TopicsGameTechieMy Friend PedroNintendo SwitchReviews