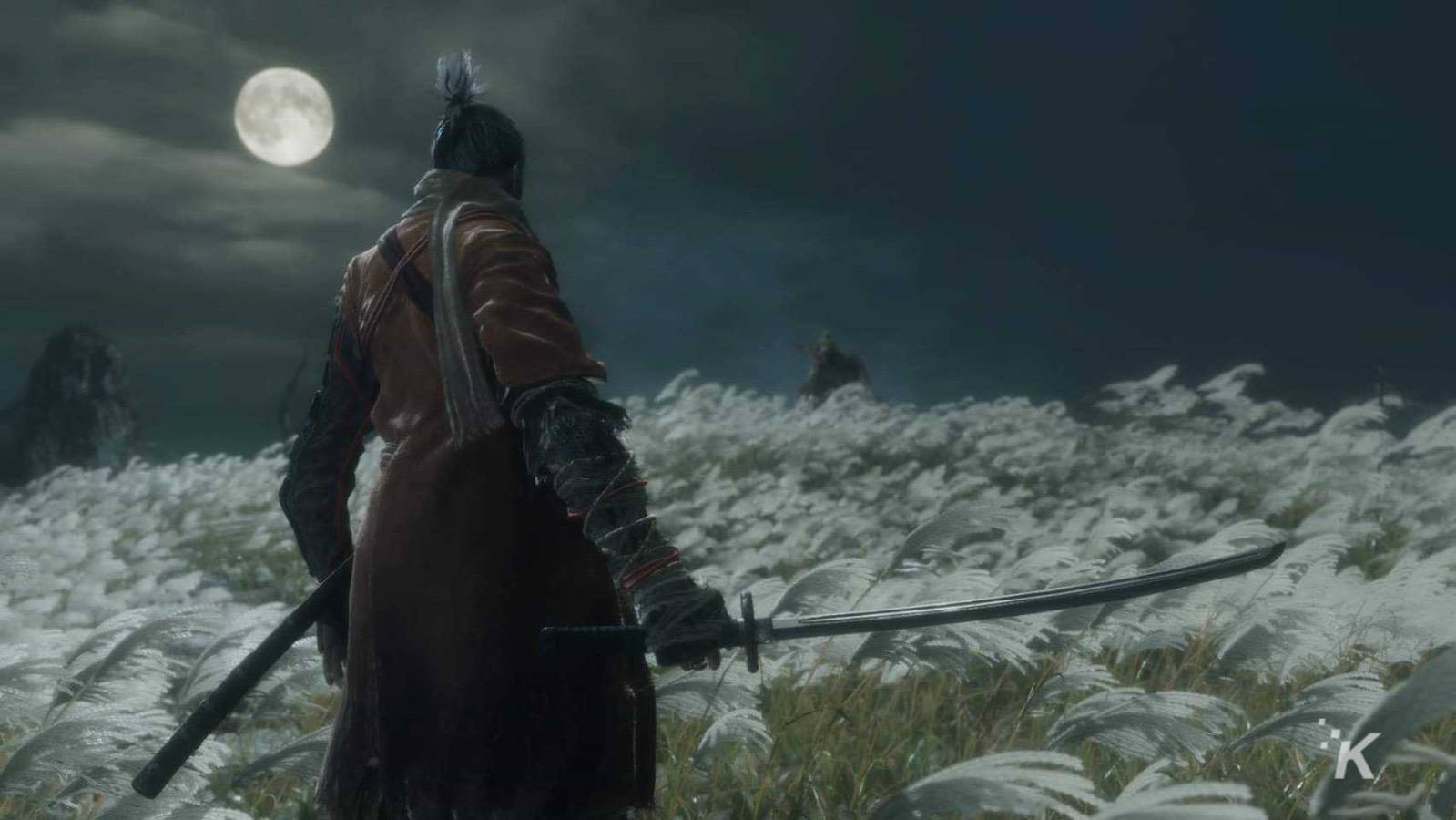 Image: Josh Knowles / KnowTechie
The Good
Everything in this game has a purpose, it's up to you to figure that out though
The story is pretty good but hard to discuss without spoilers
When you get combat, it's a blast and makes you feel like a deadly ninja
The Bad
There's no difficulty curve, it's more like a sheer difficulty cliff
Although you can revive multiple times in combat, sometimes the feature is pretty damn useless.
9.1
Overall

You probably have also heard by now that Sekiro is a fantastic game that is an evolution of Souls-like games as well as the legendary Tenchu series. PAX East threw our review time period out the window, but we figured if you haven’t picked it up yet, we can help with that late decision.

Sekiro: Shadows Die Twice tells the story of Wolf, an orphan that serves a young lord during feudal times. Wolf is an incredible ninja and accomplished assassin but events prior to the game’s start cause everything to go awry.

Trained by the powerful Owl, Wolf goes to recover his kidnapped lord and eliminate those that set this plan in motion. Things obviously go further south, but Wolf ends up with a neat tool that changes the way Wold interacts with enemies from that point in the game. I don’t want to spoil things, but it’s a pretty cool story filled with interesting characters.

As I already alluded, Sekiro is stupidly hard

In Dark Souls, there’s this gradual difficulty curve that allows you to master techniques and skills at a fast rate. If you try to play Sekiro like you would play Dark Souls, the game will chew you up and spit you out.

It took me quite a while to get the hang of this. Skills are important, spending skill points on new abilities is incredibly important and also helps you advance past different enemy types. The Mikiri Counter is one of the first situations where you realize this game isn’t in the shadow of Dark Souls.

Traditionally in Dark Souls, each death you suffer is a path to becoming better at the game. In Sekiro deaths may come because you simply aren’t good enough for the next obstacle. There are plenty of skills and tools that can help compensate for a lack of pure skill, but they can only take you so far.

On top of that, the game loves to throw “got ya” moments at you where a surprise can have you looking at the death screen. One such moment after an especially painful and arduous boss fight made me literally stop playing the game out of frustration. Sekiro doesn’t value your time and actually makes a mockery of it. I know that sounds absolutely horrible, but this is a game where you have to work for your progress.

Death is a totally different mechanic is Sekiro, as well 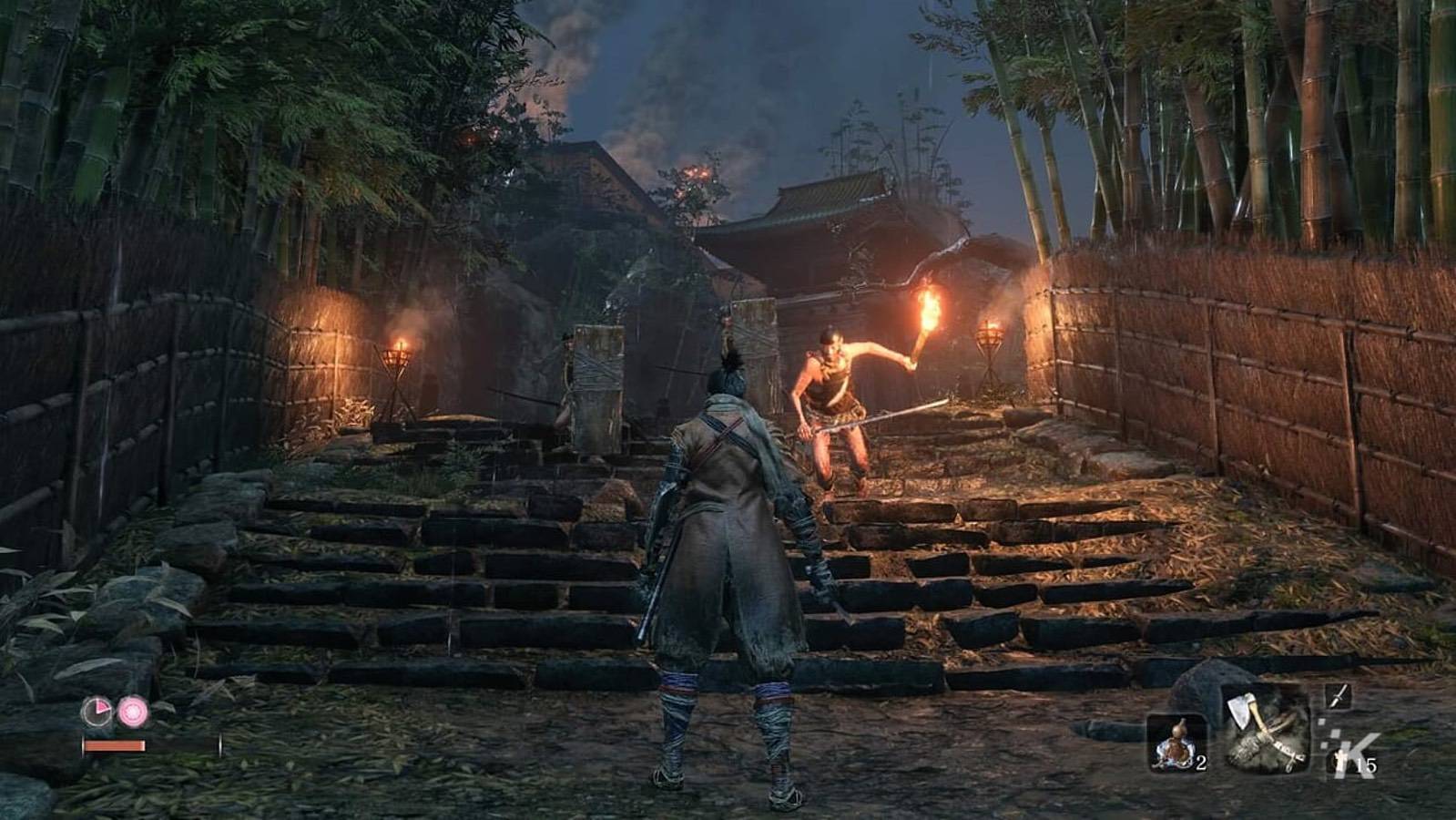 When you are defeated, you can actually resurrect several times and continue your fighting. You can use this to get the jump on a difficult enemy or just get a second chance at a tough boss. Exhausting these chances does have traditional Souls-like penalties,  but in Sekiro they take it a step further by having your careless play start to make the NPCs you meet in the world sick as well. It’s kind of a bummer and can affect quest lines if you aren’t careful.

Combat in Sekiro: Shadows Die Twice is completely reliant upon controlling the flow of combat. In order to quickly kill enemies, you either need to get the drop on them and instakill them with a bunch of different and deadly attacks. For those enemies you just can’t seem to sneak up on, you have to fight and break their stance to deliver a devastating blow. Stronger enemies and bosses have to be hit in with several of these killing blows to be defeated.

You can also counter enemy attacks, which will be your primary go-to 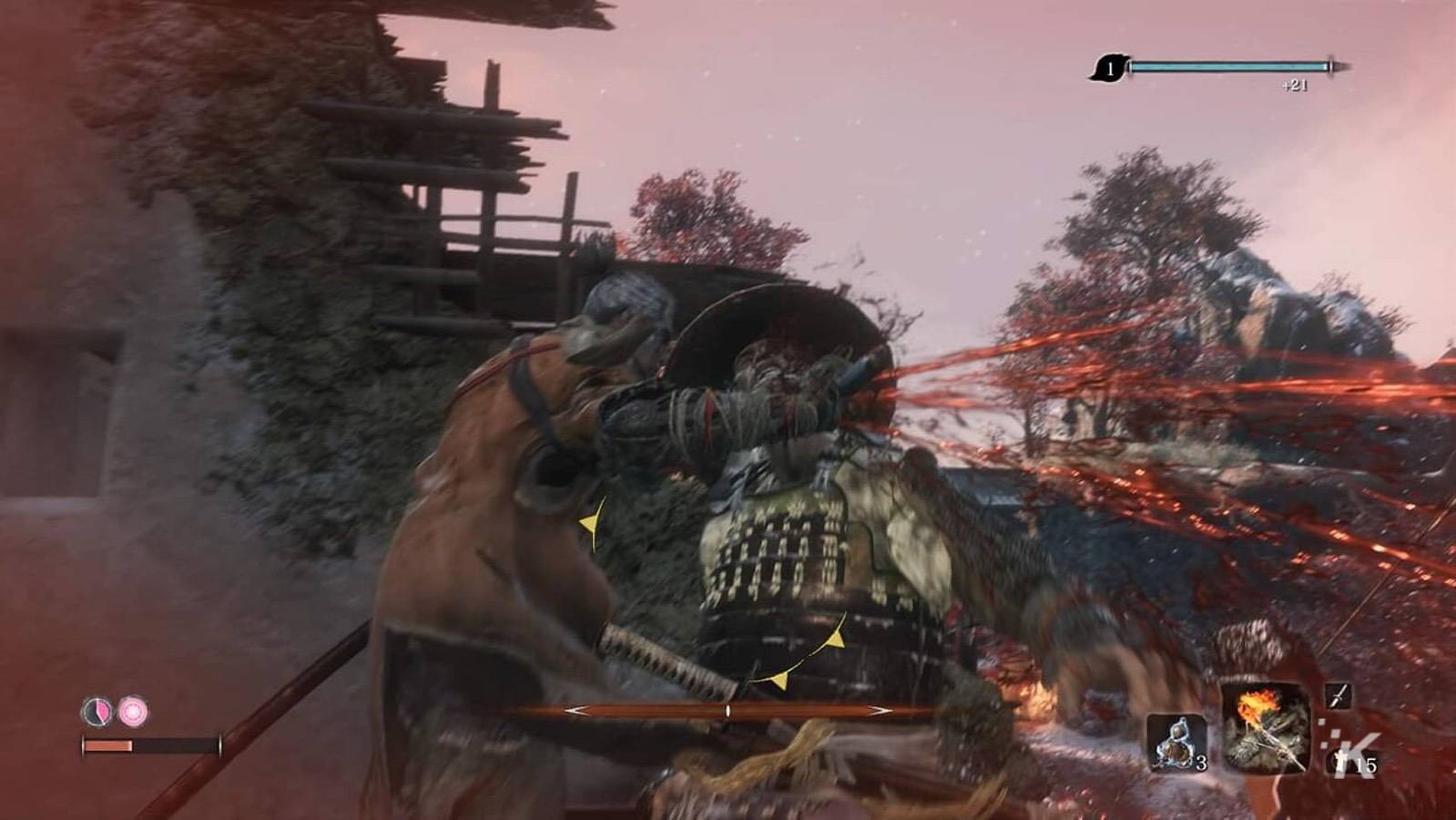 This means that tough fights need to be approached with strategy. Your shinobi tools help counter some situations but fights, especially bosses, are a painful climb. They are a climb that offers an amazing payoff once you stand on the top of every mountain you counter. There is a boss that kills itself, but outside of that, I didn’t beat any boss on my first try.

Sekiro certainly isn’t a Souls game by any sense, but also may be a logical evolution of the series. Honestly, only after spending a few hours within the game, I realized that this is certainly a Tenchu game above all else. It’s not really either, but there’s a clear lineage here. That’s kind of what makes Sekiro so fantastic it takes concepts you may be familiar with and mixes them all up to provide a game experience this is quite unlike just about anything else out there.

Visually, Sekiro looks fantastic. There were more times than I can count where I stopped and looked in awe over battlefields or enemies. One thing I did notice, however, is that when ai went to take screenshots, the game’s graphics blurred to a level that was surprisingly alarming. Of course, I didn’t notice this as the points of focus don’t generally blur, but everything around it does. Sounds like this is something that the OG PS4 does and isn’t an issue on the Pro.

Sekiro: Shadows Die Twice is one of the hardest games I’ve played. I haven’t completed the full game but the quality of the game is undeniable.  Dark Souls used to be synonymous with a hard game with a path for progression, but I can definitely see the “Sekiro of” moniker being tossed around in the near future. If you are up for a really difficult challenge and willing to push yourself to the limits of patience and frustration, Sekiro: Shadows Die Twice may very well be the game for you. Just go in making sure you know what to expect, because the game will not take it easy on you.

Sekiro: Shadows Die Twice is available for Xbox One, PlayStation 4, and PC.

The Good
Everything in this game has a purpose, it's up to you to figure that out though
The story is pretty good but hard to discuss without spoilers
When you get combat, it's a blast and makes you feel like a deadly ninja
The Bad
There's no difficulty curve, it's more like a sheer difficulty cliff
Although you can revive multiple times in combat, sometimes the feature is pretty damn useless.
9.1
Overall
Related TopicsPlaystationsekirosekiro: shadows die twiceXbox One