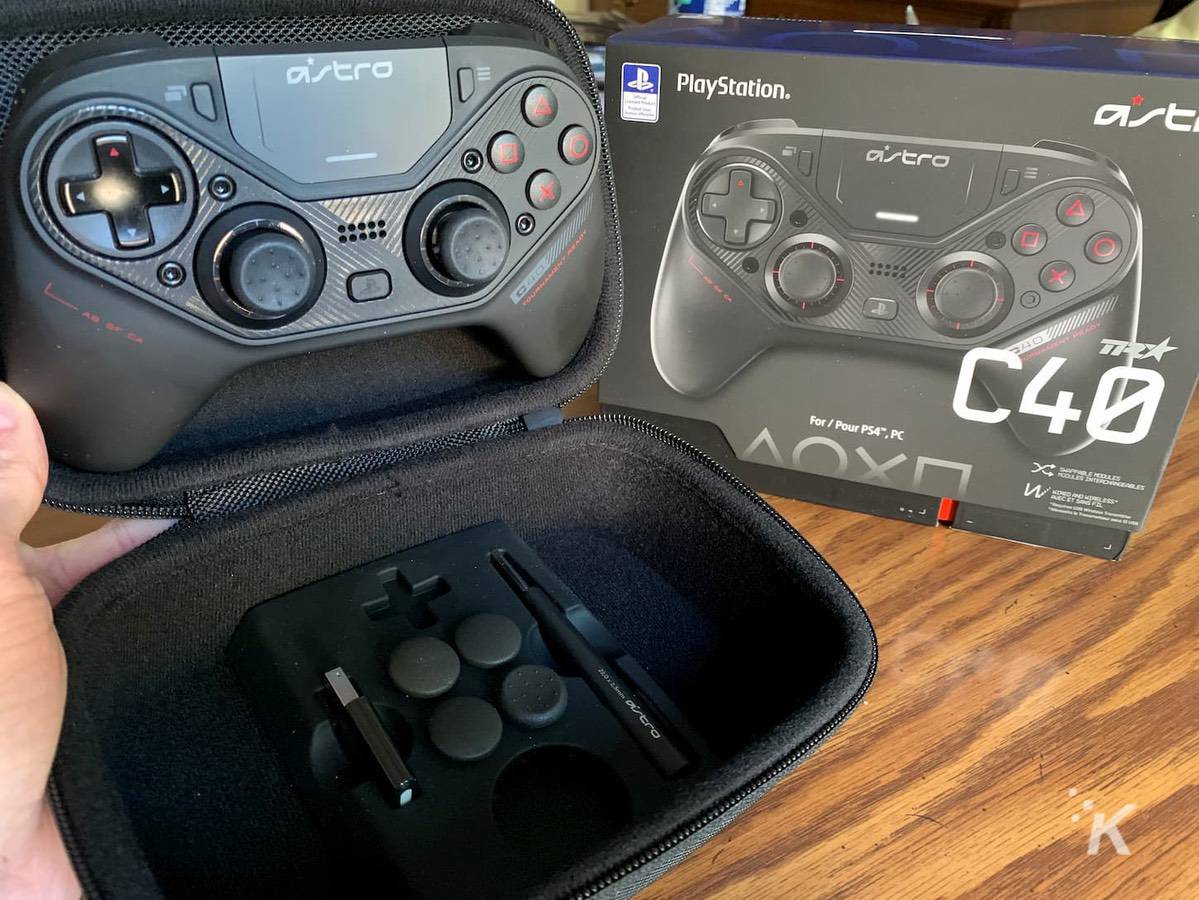 Image: Jake Vander Ende / KnowTechie
The Good
Easy to customize
Extra button mapping and tactile options might be appealing to some
The Bad
Proprietary charging/pairing cable and required USB dongle for wireless play
Uncomfortable design, from feeling too heavy to having sharp triggers
6
Overall

I want to preface this review by saying that it’s entirely possible this controller just isn’t for me. I’m not a differently-abled player, nor am I a competitive gamer. I have no burning need for a customizable controller. I also think the standard PlayStation 4 controller is pretty much ideal.

Mostly I checked out the Astro C40 because we were offered one, I play lots of PlayStation 4 games, and I was curious how anyone would even seek to improve something I already loved. Oh boy, reader, buckle up, because I hated this one and you’re in for a ride.

The Astro C40 is a fully customizable PlayStation 4 controller, but that doesn’t mean it is good

It comes in a hardshell zipper case and includes a cable, replaceable analog stick heads, a wireless dongle, and a tool to unscrew the controller’s faceplate.

The first thing I noticed was that the controller didn’t work. I used the attached cable to attempt to pair it with my PS4 and…nothing. Surprise, it either uses the included cable to play in wired or you have to use the wireless dongle. Oh, and that cable? It’s a proprietary shape. You can only use the included cable, for reasons I’m not aware of, so good luck never losing it.

Well, unlike a standard PlayStation 4 controller, the Astro C40 can be completely disassembled 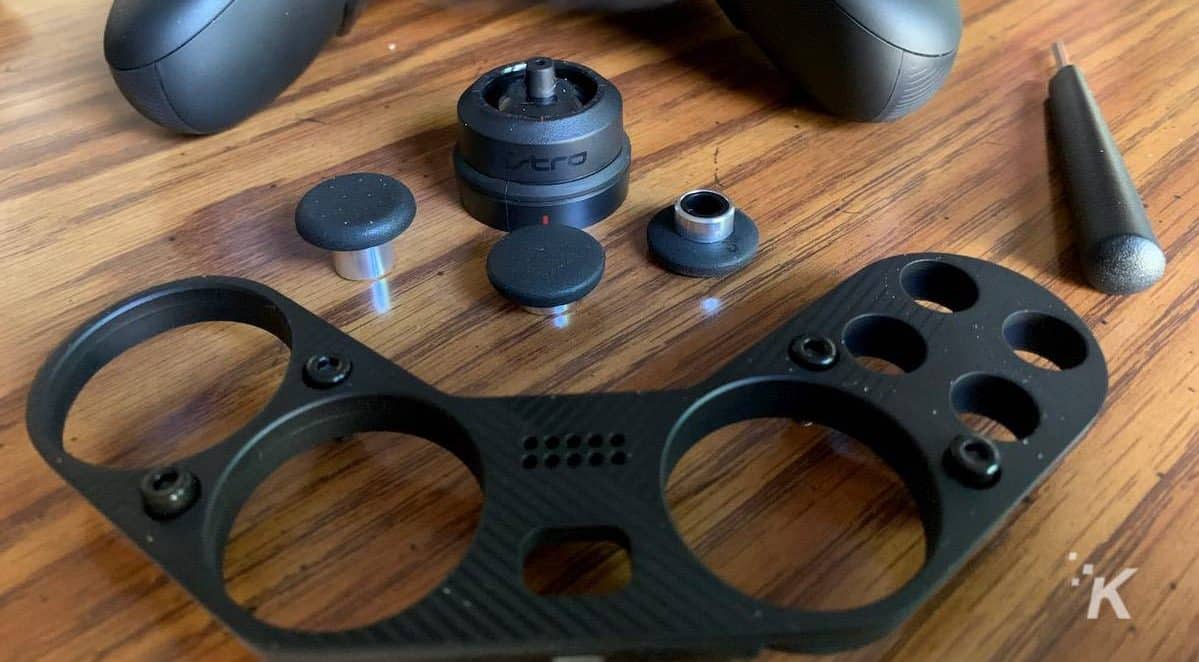 From there, you can move the analog sticks and d-pad around in any of those three spots any way you’d like. They’re very easy to move since they’re held down only by the faceplate. From there, you can also pop off the analog stick heads themselves, switching between a shorter or longer stick and a concave+dotted head and a convex+smooth head. Everything about this is painless and as-advertised, really. It was exactly what I expected.

With the controller assembled, you have some additional options, too. The most fascinating is a toggle for trigger depth: With the flick of a switch, you can make L2 and/or R2 have a shallower or deeper press. I prefer the deeper press, which is the same depth as a standard R2/L2 trigger pull, but if you’re looking to shave off milliseconds you might want to try the shallower press.

The last interesting feature is that there are squeeze paddles on the back left and back right. The appeal here is that you can double map a single button to grip squeeze. Instead of taking your thumb off the right stick to jump or reload, for instance, you could keep your thumbs on the sticks 100% of the time and just squeeze to do those other actions. Personally, I found it to be an extremely narrow demand for that level of exaction, but as I conceded at the beginning this controller might simply not be for me.

Here, let me bring your attention to something extremely specific. Take a close look at the trigger. Do you see the edge there? It’s sharp 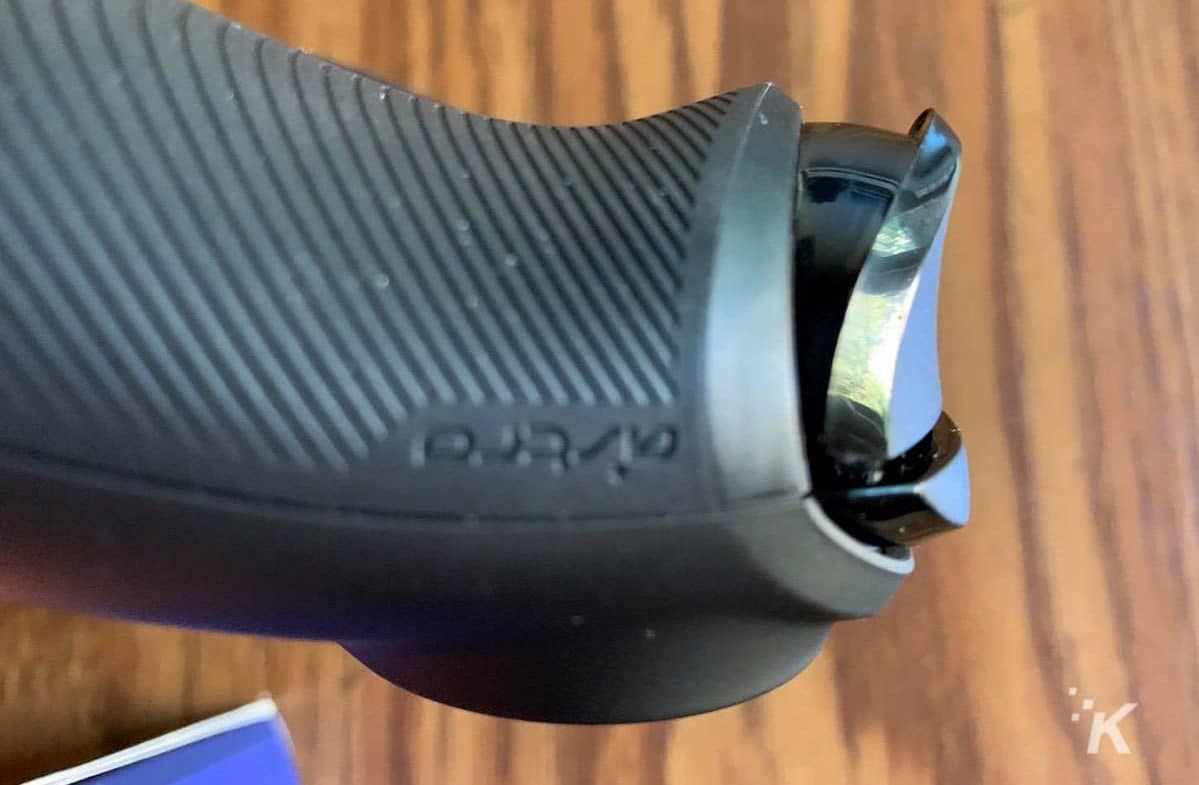 It’s a harsh, sharp edge where standard controllers are smoothed out. When I hold a PS4 controller, that’s a place where my hands rest. I have no idea how many other people do the same thing, but I find myself sitting here thinking, “How do you miss that?” How do you design a $200 fully customizable controller and miss the fact that one of your most-pressed buttons is sharp?

I’d like to say that I thoroughly tested this one over and over again with a wide array of games, but I didn’t. I couldn’t. I have no idea how long the battery even lasts because I couldn’t play with the Astro C40 for more than about an hour at a time. It’s heavy. The buttons are sharp. The trigger pulls feel strange. The analog sticks feel wrong. I don’t need the extra squeeze buttons. I don’t need to customize the face because I like the analog sticks being in a comfortable place on the bottom.

Maybe I just needed to adjust. Maybe I’m not the target audience. But honestly, I’ve played games for 29 years – from Super Mario Bros. to soloing Destiny nightfalls – and I think this controller is just massively overpriced excess.

The Astro C40 PlayStation 4 controller is available now for an MSRP of $199.99. This review was made possible with a review unit from the manufacturer.

The Good
Easy to customize
Extra button mapping and tactile options might be appealing to some
The Bad
Proprietary charging/pairing cable and required USB dongle for wireless play
Uncomfortable design, from feeling too heavy to having sharp triggers
6
Overall
Related TopicsGameTechiegamingNewsPlayStation 4PS4Reviews