Don’t talk to me or my infinite number of Waluigis again. 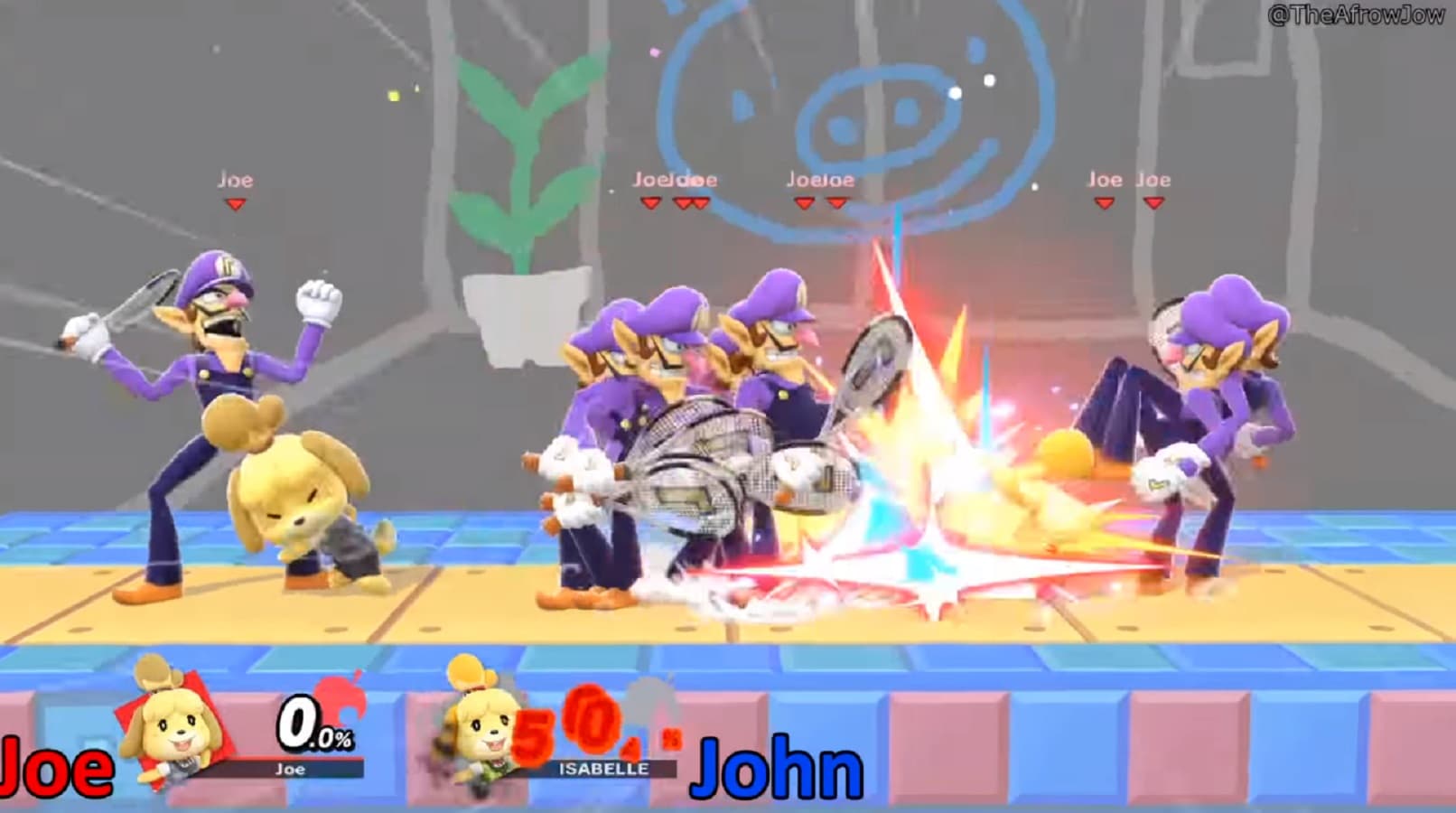 While everyone is busy unlocking all of the Super Smash Bros. Ultimate, some gamers have found a crazy glitch that allows you to continuously summon assist characters (like Waluigi) during a match.

The key to this glitch is no other than the ultimate bringer of doom, Isabelle. No longer must we protect the Animal Crossing star, but instead, run in terror as Waluigi after Waluigi joins the fight, hellbent on destroying everything in its collective path.

Ok, so to actually make this work, it requires two Isabelles and a particular set of actions, so the chances of this happening in a random match are pretty slim, but if you want to replicate the glitch, read on.

To get the Super Smash Bros. Ultimate glitch to work, you have to have two Isabelles both using their fishing pole ability to grab an assist trophy at the same time. The game will give one person the trophy, and then the madness starts.

Some characters just create infinite copies of themselves, but then there are others that trigger events on summoning, which can make everything absolutely ridiculous. Check out the video above to see just how crazy it can get.

This will surely be patched at some point, so if you want to try it out for yourself, grab a friend and give Waluigi the screen time he deserves.

Plan on trying this out? Let us know down below in the comments or carry the discussion over to our Twitter or Facebook.