The best Android TV apps for all of your entertainment needs

Got an Android TV device? We’ve got you covered.

You will no doubt have recently read our review of Anker’s Nebula Capsule II portable projector. If you did, you’ll know that it comes with full Android TV support. That’s right, there are over 3,500 apps at your fingertips, ready to be loaded onto your Android TV device.

This might leave you a bit flummoxed, though, wondering which apps you should be accessing and which ones you really needn’t bother with. We’ve put together this handy list of our ten favorite Android TV apps that we think you can’t do without on your device. You can check them out, in no particular order, below.

Plex is one of those all-singing-all-dancing media players, and you really should have it on your Android TV device. Not least because it is a great player, overall, but also because it runs from a central server of your choosing, meaning if you have a portable Android TV device, you only need to hook it up to WiFi and you can access all of your entertainment remotely (remote access isn’t included in the free version of the app).

Are you stupid? No? Well, in that case, you already have Netflix running on your device…right? If you don’t, it makes sense that you do. We probably don’t really need to explain this to you but with a chest-load of stream-able bounty at your finger-tips, it would be pretty silly not to add Netflix to your list of essential Android TV apps.

Android TV isn’t just about streaming moving images, and Spotify is a great way to listen to your favorite music. Just grab the app, log in to your account (if you have premium – obviously there is a free version, too), and start streaming from your personal playlists and albums. It couldn’t be easier, and it should sound pretty sweet if you have your projector linked up to your home cinema setup.

If you want to catch a bit of live TV, then you can stream it using the neat SlingTV app. Its user interface is very easy to navigate, which is great considering you’re probably using a remote control to operate your Android TV device. Plenty of channel-choice, ranging from sports and news, through to cartoon channels to keep the kids occupied. This app also carries Digital Video Recording, which saves files to cloud-based storage for access on the go. Note – if you are outside the UK you’ll need to circumvent geographical location and use a VPN as well.

At the risk of sounding like we just navigated to the letter ‘S’ on the app store and picked a bunch of those, we have to include a file explorer in this round-up, as finding and moving files via a projector can be a bit of a pain in the ass. Solid Explorer is operated using twin-panes, so you can see clearly what folders you are navigating between – this simple feature makes Solid Explorer a very fine app choice.

Pretty much everyone has at least encountered VLC at some point in their digital lives. It is a brilliant tool for streaming media, the main reason being that its support for multiple file formats is so wide-reaching. Got a few .mkv files knocking about that you would LOVE to stream on your Android TV device? Don’t worry, VLC has you covered, along with myriad other formats playable via the app.

If you are big on news, then a news aggregator should be up there on your list of must-haves. Haystack is a great place to start, as it has a fantastic UI, and it collects its news bites from a number of different sources to deliver a well-rounded news experience. Multiple current affairs topics are available, too, ranging from entertainment, through sports, and politics.

Despite being a Google device, Android TV devices generally don’t come with Google Chrome installed. If you want to explore the internet via your Android TV, then you need to side-load it onto your gadget. Once you have done that, though, the digital realm is your oyster. Surf away!

Without a launcher, the only way to access side-loaded apps (i.e. apps not installed directly from the Play Store) is via the menu system, which can prove to be a bit of a nuisance nav-wise depending on what you’re displaying Android TV on. Sideload Launcher does away with this by presenting all of the side-loaded files in one easy to use pane. 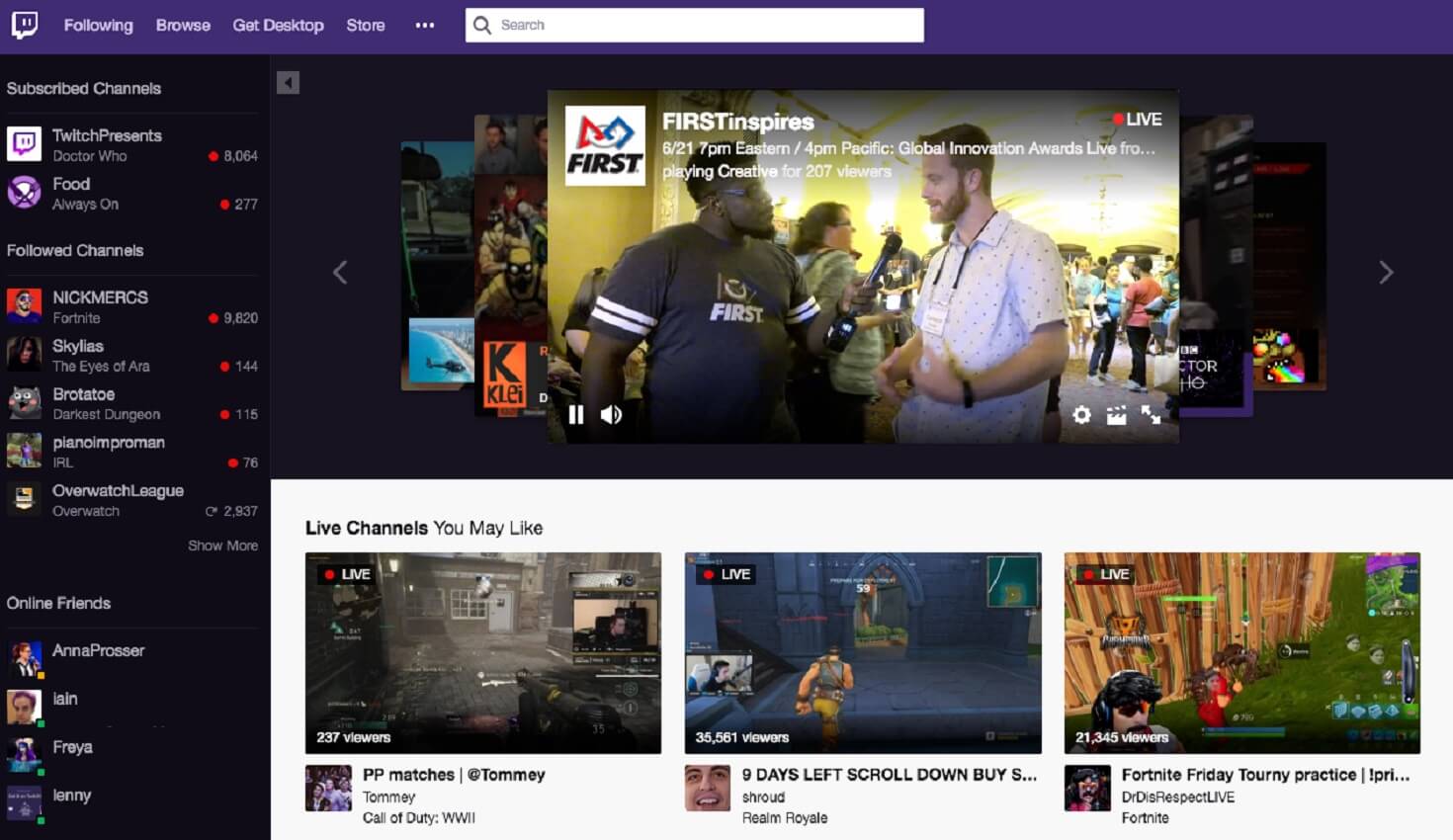 What game geek’s life is complete without having Twitch at hand ready to deal out a dose of pixelated goodness. You can easily get hold of Twitch for your Android TV device, meaning that streaming your favorite game channels is available to you, and you can select from the usual ‘Featured’, ‘Games’, and ‘Channels’ in order to get your fix.

What are your favorite Android TV apps? Got anything we should actively be avoiding? Let us know down below in the comments or carry the discussion over to our Twitter or Facebook.