I haven’t played an Assassin’s Creed game since the Revolutionary War one, and I don’t even remember the name of that one. It wasn’t as entertaining as the previous versions of the game I had played (1-3), with fewer things to climb and a combat system that seemed less functional than before. In the previous games, I could stomach the button-mashing parry/thrust action, but this game soured me on the franchise.

Well, now every single Assassin’s Creed game is on sale in the Xbox Live store for Gold Members, including Gold versions, remastered versions, DLC packs, collections, and deluxe editions. Since I’ve kind of burned out on Call of Duty: Modern Warfare and Warzone and have some time to kill before FIFA 21 comes out, I thought I’d drop back into the world of secret assassinations and beautiful landscapes.

But I know little about these games since the last one I played. I know there is a pirate one that people either didn’t or really didn’t like. I know Assassin’s Creed: Valhalla is coming soon and I’m totally on board with a Viking Assassin’s Creed game. But until then I would still like to climb things, meander through the map, do random side missions, and forget about the game before ever finishing the story mission.

The best advice I’ve gotten so far was from friend-of-friend and hardcore Assassin’s Creed expert @adamsorber who tweeted:

The big question is: Do you enjoy RPGs?

Personally, I don’t, so I stopped at Origins, since Origins and Odyssey are completely RPG experiences. You literally can’t progress the main story line without spending hours upping your XP on side missions. If you’re into RPGs, then you’ll probably enjoy either. Odyssey, in particular, was well received. If you prefer the classic AC experience, I’d rate the post-III games in the the following order, best to worst: Syndicate, Black Flag, Rogue, Unity

YMMV — most people would probably rank Black Flag above Syndicate (they’re both excellent games), but I prefer Syndicate by a small margin, and the skill tree was a nice RPG-adjacent feature without going full in on the RPG experience. Black Flag and Rogue have a decent amount in common — lots of ship-based activity/fighting and decent story lines.

Unity was pretty widely panned on release, as it was super buggy, but Ubisoft has patched it up. Still the weakest of the four, but a good game in its own right, and great setting. Origins and Odyssey are light on climbing, I believe — at least compared to previous titles. If you like the classic AC game-play, I’d definitely recommend Syndicate, Black Flag, Rogue, and Unity. Plenty of side missions, but they’re not mandatory. Also, the zip line in Syndicate alone is worth the price of admission.

So after a few minutes of confusion and soaking it all in, it appears that Syndicate is probably my best option. That particular game is currently on sale for $14.99 for the Gold edition. Unity is on sale for $8.99 for the standard edition. But before I was able to pull the trigger on either of those games, I received this tweet:

One of the first things she did was climb on a giant statue of Zeus and took a picture of her hanging from his dick, so most definitely.

So now I’m back on Odyssey. So I’m thinking my best option is to buy them all. The Assassin’s Creed: Legendary Collection includes: Odyssey, Assassin’s Creed IV Black Flag, Syndicate, Unity, Origins and Rogue Remastered for the low price of $65.99. That’s six entire games for five dollars more than Assassin’s Creed: Valhalla will likely cost at launch. That’s gotta be the best deal, and then if I don’t like one, I can play a different one. 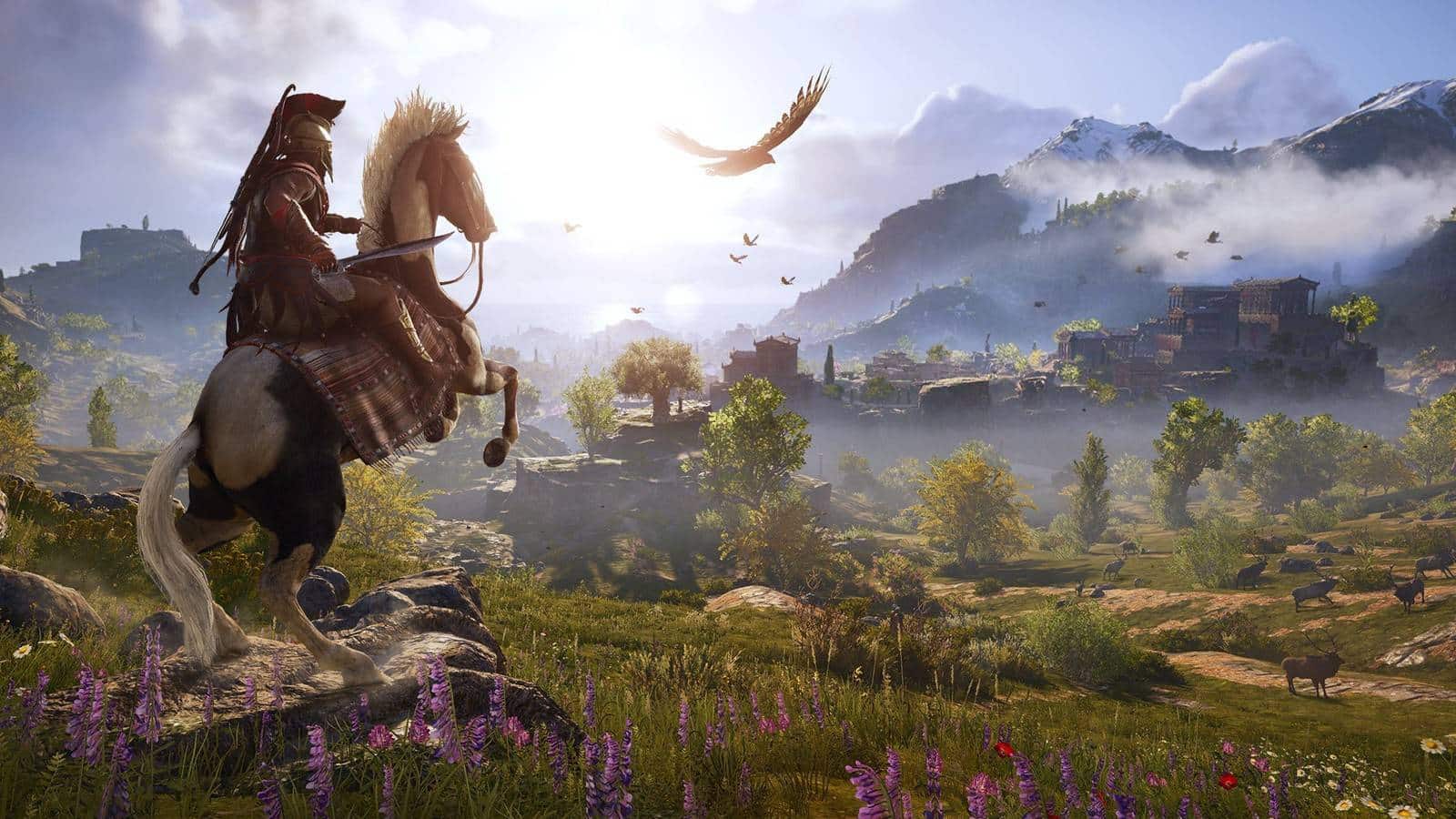 But even with this crazy good sale, the cheap bastard in me is still sneaking out. It’s like “hey man, you don’t need to spend $65 right now when you can get one of these games for $14.99. Hell, you can get the gold version of Odyssey for $24.99.” But what if I don’t like that one? What if I like something about the other games that I don’t know I like until I play them? Maybe the pirate one, sailing ships and battling at sea, is my jam. How will I know?

Part of me feels I should just buy Assassin’s Creed III Remastered for $15.99 and call it a day. The entire reason this thought came about was because I didn’t want to start Skyrim over on the Xbox One, since logging so many hours in the game on the 360 before it glitched out. I don’t mind the RPG aspects as long as I have a world to explore and dragons to punch. While there are no dragons in Assassin’s Creed, there are sneak attacks and a world to explore.

Hell, the Assassin’s Creed Odyssey Ultimate Edition is only $29.99, down from $119.99. But that’s dumb to purchase alone when six games are only $65.99. Then there are a ton of DLC packs like the Antiquity Pack for $24.99 that I have no idea what they apply to or add to the experience. Forget the DLCs, the Legendary Collection is the way to go. Best bang for the buck. That’s average $16.49 per game. A 67% savings off standard pricing.

So that settles it. I still have no idea what I’m going to purchase later today when I sit down in front of the Xbox. All I know is that I have four more days to decide before the sale ends. So if you’ve got Xbox Live Gold and are looking for an Assassin’s Creed game to hold you over until the next one, or missed on in the series, now’s the time to pick up a digital copy on the cheap.

What do you think? Plan on snagging any of these titles? Let us know down below in the comments or carry the discussion over to our Twitter or Facebook.