The five best board games you can play on Steam

Get your virtual D20 ready! 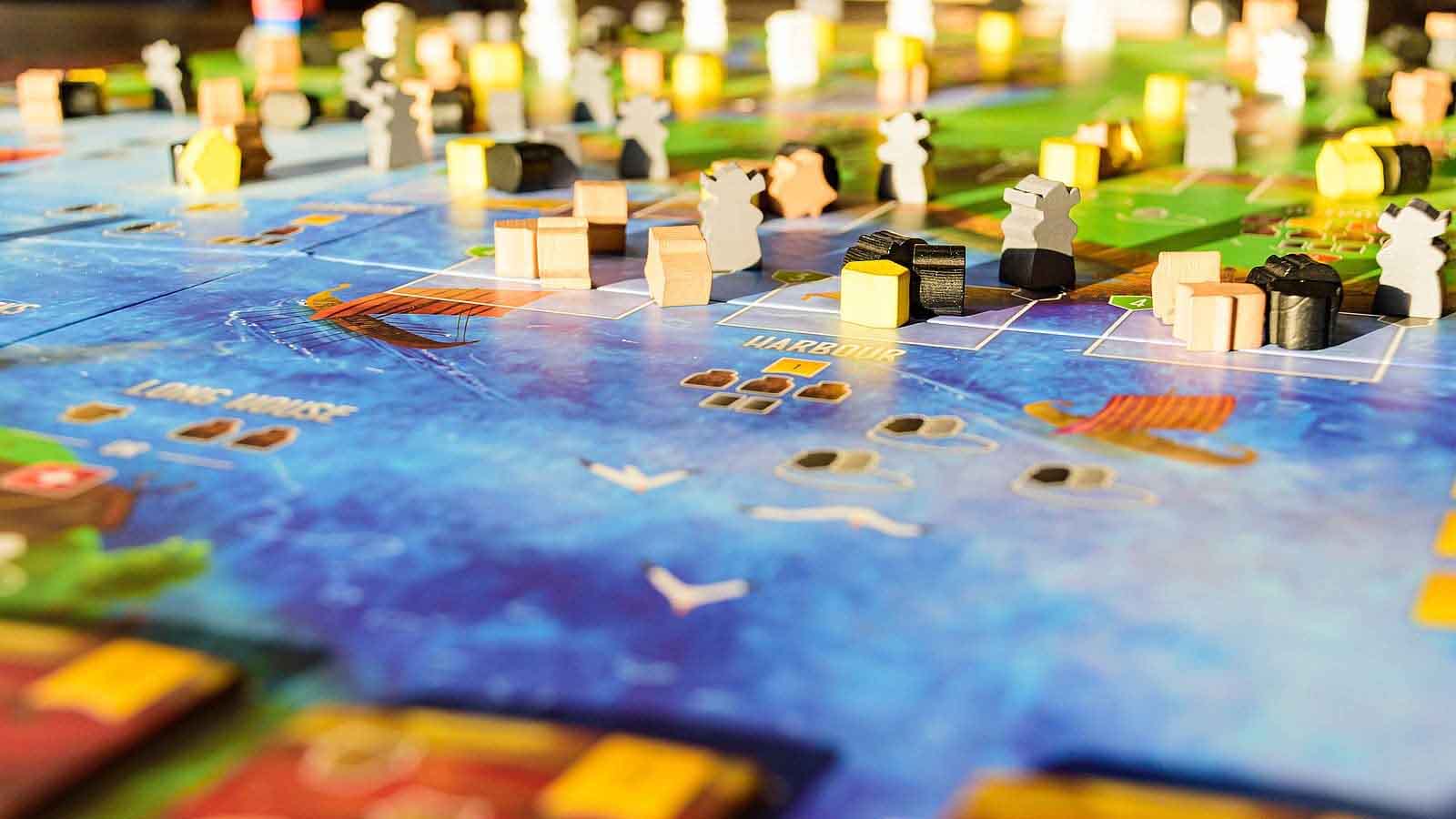 Did you know you could play digital versions of tabletop games over on Steam? I didn’t, until recently when I started playing actual tabletop games. I have to admit I have become hooked pretty quickly. To the point where I only move anywhere if I throw a double six. And even then I can only move to an adjacent hex. Who made these rules up?!

Anyway, I’ve been having a look through the board games available on Steam. It seems there are some fairly popular ones available within that digital space. So, being the kind gentleman that I am, I’ve rounded up a bunch of the best ones so you can get your tabletop fix quickly. Check them out below.

Board games aren’t all about orcs and space marines, you know. Wingspan is a charming game with a very relaxing feel to it. The idea is quite simple. You are dealt a hand of cards, each one featuring a different bird. Each bird has unique abilities. You also take control of three habitats. The aim is to lure the “best” birds to your habitat by playing combinations of existing bird cards.

You can grab this game over on Amazon if you want to play the real-life version. However, the virtual game is excellent. That’s because it means that you can play the game with your friends over long distances. Surely that has to be ideal for a locked-down tabletop gamer right now? The online version even has a beautiful, relaxing soundtrack with flutes and birdsong! This is a game for 1-5 players and is due for release later this year.

Ticket to Ride is probably one of the best-known rail games available. Players pit their wits against each other in a race to connect cities. Cities are connected by railway lines, with each player posing as the respective railway tycoon. It mightn’t sound like much, but it is the simplicity of this euro-style game that makes it so much fun. Players can block each other, scuppering attempts to connect cities together.

Given that it is on Steam, you have the opportunity to play with a whole bunch of like-minded people. You can even play privately with friends. The digital card deck ensures that your cards are always in order, so you don’t have to spend as much time on setup or keeping track of the cards in your hand. You can buy the IRL version on Amazon. The Steam version of the game is for 1-5 players and is available now.

Given the current climate, it is no surprise that Pandemic has surged in popularity. Think you’ve got what it takes to stop a deadly virus? Well, now you can test your skills as you control a team of medical professionals. The aim of the game is to use your skillset to defeat the virus. This is a co-op game, so anyone else you play it with will have the same objective. That is saving humanity from extinction.

This is a popular game in the “outbreak simulator” genre. In the same way that experts are trying to contain Covid-19, you are charged with preventing four apocalypse-level viruses from contaminating the entire globe. While this might sound like heavy salad, this is a great game to play with friends or, as you are online, complete strangers too! There are even expansion packs available so you can add value to the main game. The Steam version is for 1-5 players and you can buy it straight away. If you want to grab the physical game, you can do so here.

Carcassonne is a classic board game and this is the official digital version of the popular table-topper. It is a tile-based game in which players must play against each other to become the player with the most land. Here, you are charged with placing tiles—each one featuring terrain based on Southern France. You can then place a follower on the tile—these followers are also known as “Meeple”. You then score points based on the Meeple on your land.

This is a great game because it involves tactics and subterfuge. You can intentionally mess up another player’s game by putting your own tiles around an opponent’s city, preventing them from expanding and reaching their goals. A great, fun game with a competitive edge. Just remember, no falling out— it’s only a game! If you want to buy the real-life version of the game it is available on Amazon. Otherwise, the Steam version is great for 1-4 players.

Do you remember the awesome 80s sci-fi movie, Dune? Perhaps not, but it featured Sting, of all people, and is considered a classic. It is based on the 1964 book by Frank Herbert and it is this that has also inspired the board game of the same name. Each player takes control of a faction with the aim of the game being to rule the desolate wastelands of the planet Arrakis. Here, you will encounter all manner of obstacles as you try to reign supreme. Not least the other players you are set against.

So, the game isn’t actually available as a stand-alone title. You will need to buy Tabletop Simulator in order to play it, which costs $19.99. However, once you have this you can play Dune for free. It remains faithful to the physical board game which, if you’re interested in buying, can be obtained here. Otherwise, the digital version is an excellent choice and works perfectly. The great thing about Tabletop Simulator is that you can also access a whole load of other games, too!

The best tabletop board games you can also play digitally

There are SO MANY board games out there. With that in mind, it should be easy for you to find a game to play digitally, too. The advantage here is that, given that many tabletop gamers are under lockdown restrictions, you can still play the games with your pals, no matter where they are.

If you are looking for some more traditional video games to play, then why not check out the best relaxing games to chill out to? Not convinced? Then try your hand at a fun puzzle game instead!

What do you think? What are some of your favorite board games – digital or physical? Let us know down below in the comments or carry the discussion over to our Twitter or Facebook.