The best calming games to play while you’re quarantined

There’s a lot to stress about right now, having some calming games at hand can help.

With COVID-19 cases on the rise, there’s a fair chance that you might have a self-quarantine in your near future. That means lots of hours in the day to fill up with activities to avoid going stir crazy.

It also means you’ll want calming things to do, so your racing thoughts don’t run away with themselves. While we can’t help you get more TP if the stores are out, what we can do is provide you with a choice of calming classics that come on a wide range of platforms so you’re almost guaranteed to have one device in the house that can install them. 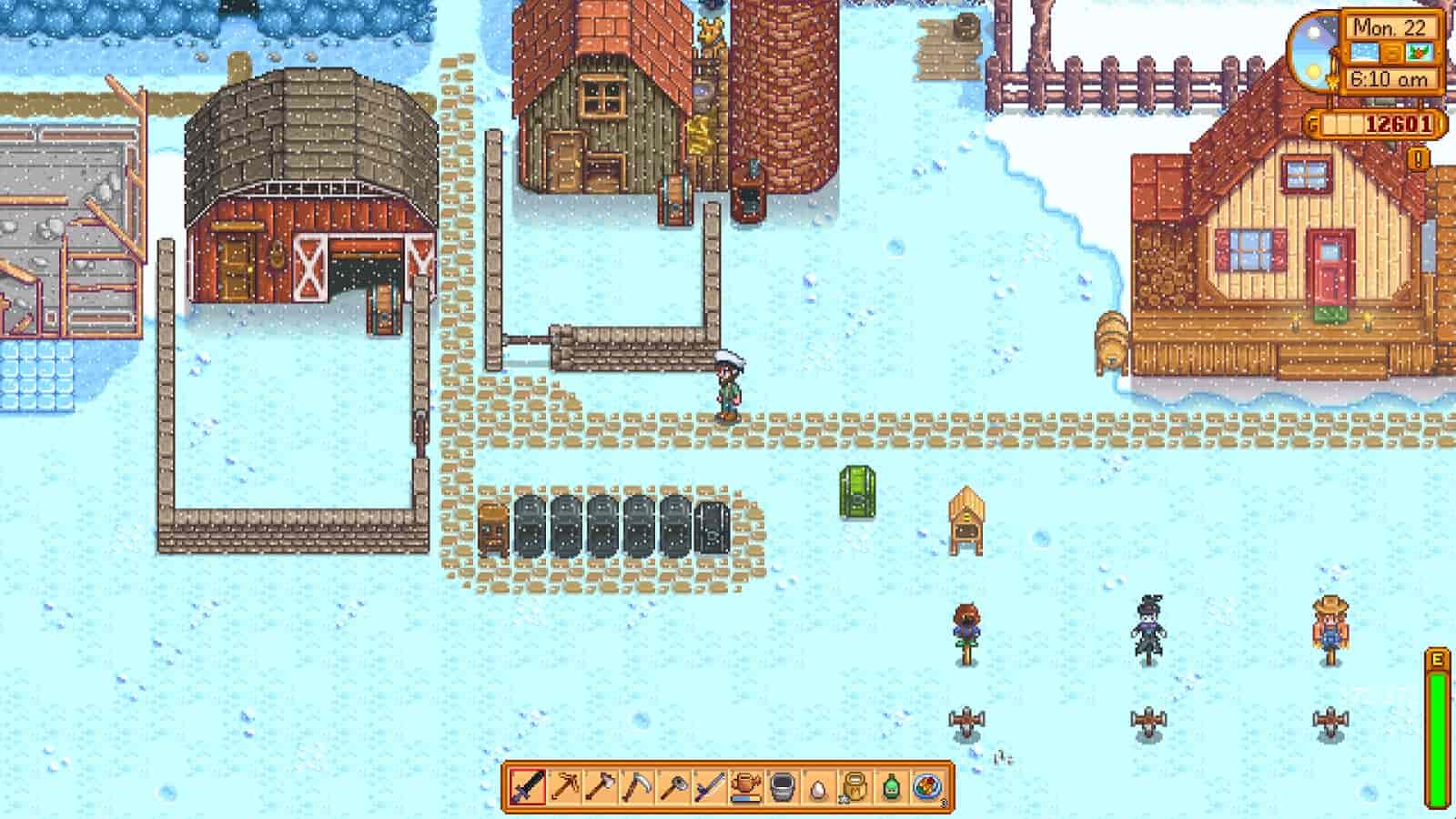 Around the office, we all know what Josiah will be playing if he gets quarantined. It’s his favorite farming simulator, Stardew Valley. There’s a farm to build up, 30 neighbors to pester, and even 12 potential love matches, all without having to leave the relative safety of your hermetically-sealed home. Even better, it’s on pretty much every device in existence so you’ll be able to grab a copy no matter which devices you have handy.

Since you’re in quarantine, the only journeys you will be taking are virtual ones. Why not finally play Journey, with its soothing gameplay, dreamy vistas, and occasionally the odd non-speaking fellow traveler. It’s a timeless game, perfect for those timeless days when you have nothing but time to kill. Guaranteed to soothe, and the soundtrack is *chef’s kiss*.

Maybe you just want to escape from all earthly troubles, so head under the waves with ABZU. I mean, if hand-washing for 20 seconds is a good preventative measure, surely immersing yourself in water also works? Swim your troubles away in an untouched paradise below the surface.

Take control of the wind with Flower, a meditative journey from thatgamecompany. It’s no real surprise many of their games are on this list, as they’re both timeless and calming. Start with one flower petal blowing in the wind, and rejuvenate the worlds you pass through, collecting more petals as you go.

Ever had one of those dreams where you’re just falling, falling, falling? Well now add Escheresque puzzles into that dream, and remember that because you’re in charge, gravity is only a suggestion, not a hard direction. If you can’t find your way to the goal in Manifold Garden, set another wall as “down” and get on walking through. Oh, and don’t worry about falling – you’ll always end up right where you started.

I think I’d be fired by Josiah if I didn’t include this game. I mean, it’s all the classic, relaxing Animal Crossing gameplay, thrown on a deserted island somewhere. Instead of the usually populated village to run around in, you start with only two neighbors and have to build up your area to get more inhabitants.

It’s the perfect game to play when you’re having to practice social distancing, with calming music and gameplay that’ll probably do wonders for your mental health. I mean, it’s a first-party Nintendo game, just go buy it and thank us later.

Since you’re going to be stuck inside for a while, what better time to play the ultimate sandbox that is Minecraft. Create your own, plague-free world, or adventure through someone else’s. It’s the ultimate cross-platform game so get creative – instead of overloading Zoom’s servers, create your own boardroom and use Minecraft for those important meetings. The digital world is your oyster!

If you like calming, chill games but also like a more direct sense of purpose, Moonlighter is definitely worth checking out. In this title, you run a shop in a quaint town during the day, then at night, you head on down into the procedurally-generated mines to explore, fight monsters, and most importantly, loot. Then take your treasures back with you and use them to make more things to sell in your shop.

It was hard to make a list of calming games without including a staple such as Pokémon. The latest game in the series, Pokémon Sword and Shield, can be an extremely calming experience, but if you are a hardcore player, there is plenty to keep you coming back, including some upcoming DLC. You’ve gotta catch them all, right?

There’s a lot of different types of calming games on the market, but if you’re looking on a more unique spin on the farming sim genre, then look no further than Graveyard Keeper. While it can be compared to games like Stardew Valley, Graveyard Keeper adds a bit more plot and purpose to objectives, so if you find the lack of structure in other farming sims offputting, maybe start with this one.

What games would you add to this list? Plan on enjoying some calming games like the ones mentioned above during your self-isolation? Let us know down below in the comments or carry the discussion over to our Twitter or Facebook.