The iPad Pro Magic Keyboard is almost perfect. Shame about the software, though

It’ll be even better when the iOS developer ecosystem catches up. 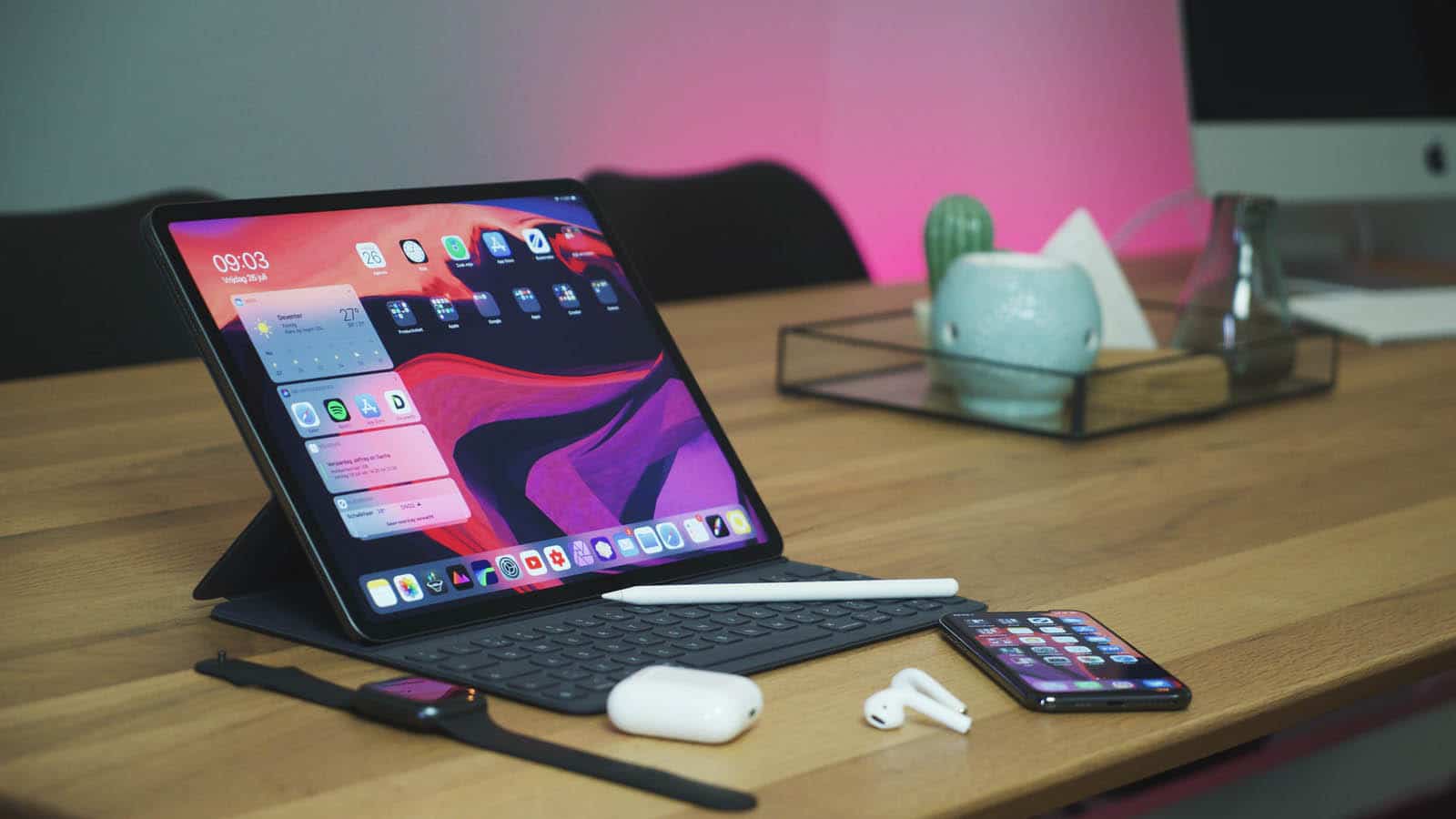 But the iPad took a step closer to bonafide computer status earlier this year with the launch of the Magic Keyboard. Assuming the coronavirus pandemic was a passing fad that’d fade away as quickly as fidget spinners did, I pre-ordered one in the belief that I’d be spending the rest of the year as I did in 2019: on planes, bouncing between tedious tech events, where I’d listen to buzzword-filled keynotes while fighting a hangover.

That didn’t work out, but I’ve still used the Magic Keyboard for over a month now. And I’m conflicted.

So, believe me when I say that the Magic Keyboard is a masterpiece of industrial design worthy of placement in a museum. I’ve been using the version for the 12.9-inch iPad Pro, and in many respects, it elevates the tablet far beyond what you’d expect from a PC — at least in ergonomic terms.

The ability to adjust the elevation of the display – as well as the viewing angles – is nothing short of genius. And it’s one of the few tablet keyboard cases that don’t require you to sit before flat surface in order to work comfortably. The keyboard is typical pre-2015 Apple fare — spacious and responsive, with impeccable travel and audio feedback. And the trackpad, although pokey by the standards of contemporary MacBooks, is also excellent.

But it also feels a bit like a contradiction. The iPad OS world it inhabits is one that isn’t really designed for mouse input. Basic actions — like selecting text from a Slack message, or traversing through apps — often feel unintuitive and inelegant. Meanwhile, the mouse pointer is a strange, formless blob that doesn’t quite look right.

Strictly speaking, this isn’t the fault of the Magic Keyboard. iOS — and its fork, iPad OS — was never envisioned with mouse input in mind. When Apple first introduced the feature in June of 2019, it was emphatically marketed as an “accessibility feature” for those for whom touch input wasn’t a viable option.

Just two months after the launch, I flew to Lausanne to meet with the design team behind Logitech’s MX Master 3 mouse. While I was there, I asked whether they had anything cooking that would take advantage of the iPad’s newfound mouse compatibility. The answer was a resounding “no.” And why would they?

Fast forward a few months. With social distancing in place, Apple inauspiciously announces the Magic Keyboard via a press release posted on their newsroom website, bringing with it an integrated trackpad.

Suffice it to say, it caught everyone by surprise. Consumers. The third-party hardware ecosystem. And yes, third-party developers, who collectively had to re-consider how their applications look and feel.

The end result is that most apps don’t feel especially optimised for mouse-based interactions, resulting in the contradictory situation of a frustrating experience taking place on what amounts to the finest laptop money can buy. And while that’s an eminently solvable problem, it does undercut the core value proposition of the Magic Keyboard at this time.

I still love my iPad Magic Keyboard. The iPad is still where I do most of my writing. I know I’ve moaned a lot in this piece, but I still think it’s a great bit of kit. And it’ll be even better when the iOS developer ecosystem catches up.

What’s your experience with Apple’s new Magic Keyboard for the iPad Pro? Have any thoughts on this? Let us know down below in the comments or carry the discussion over to our Twitter or Facebook.