Of course they did.

Just yesterday we reported on Lyft rolling out their rewards program and mused that Uber couldn’t be far off with their own program. Guess what? Hot on the heels of their competitor, Uber has announced their own airline-style frequent rider program.

The program will begin in nine cities starting Wednesday, and lets ride-hailing customers collect points for perks like better customer support, priority pickups and cheaper fares. The program is just the latest in a long list of newly added-value products ahead of Uber’s planned IPO next year.

The program will have four tiers, just like most airline loyalty programs. From the lowest tier, there’s Blue, Gold, Platinum, and Diamond. Opting in is free for riders. After enrolling, users will then start to earn points for every dollar spent on Uber’s garage of products.

For example, both Uber Pool and Uber Eats gives you one point per dollar spent. Uber XL, UberX, Select and wheelchair accessible vehicles give you twice that, and you get three points for Uber Black and Black SUV.

Here’s how the points system breaks down:

Any points earned towards those tiers reset every 6 months, based on the date you signed up. Unlocking a tier gets you those bonuses for the rest of that 6-month period, as well as the following six months. 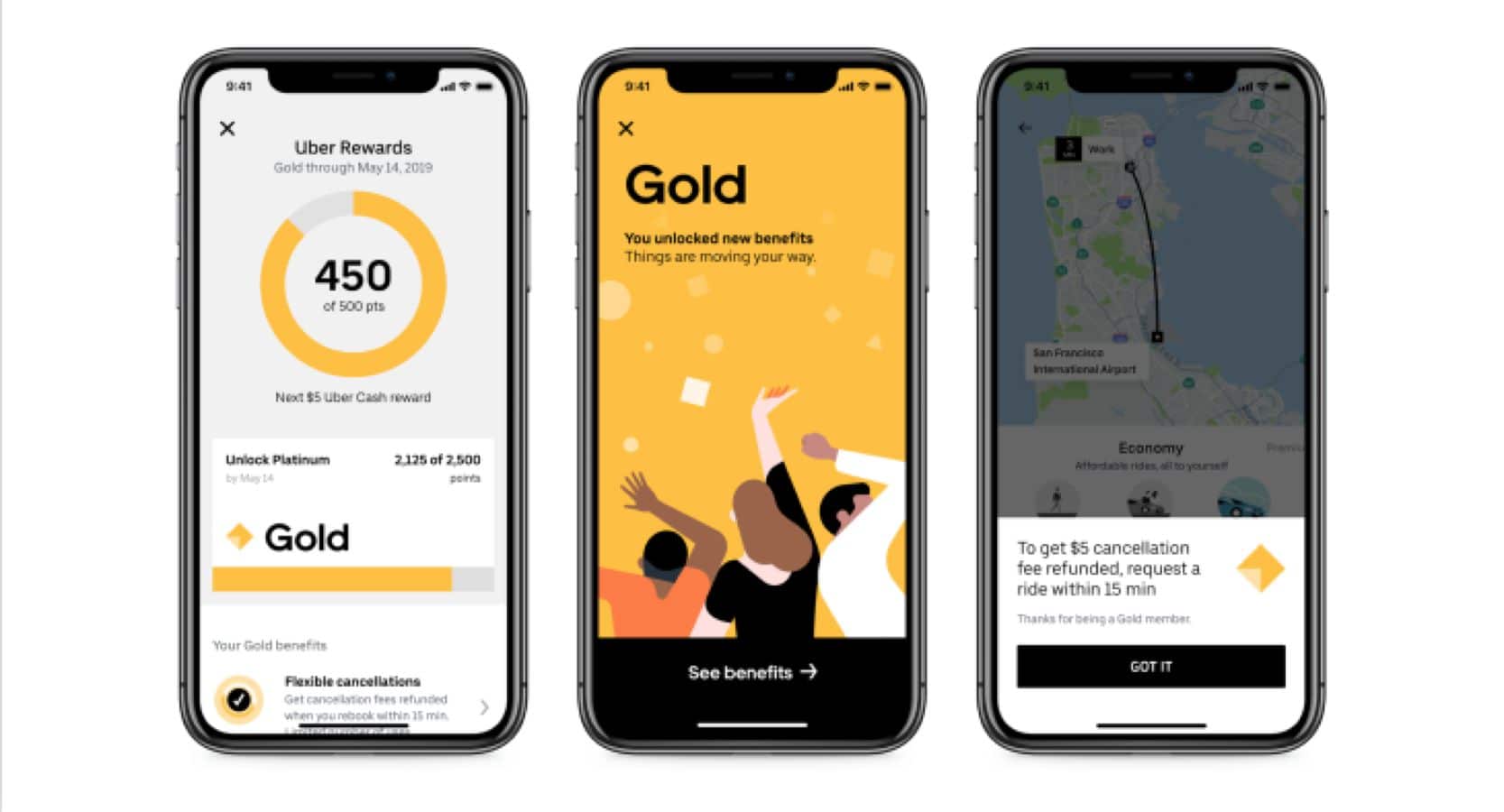 Also, every 500 points earned gets you a $5 instant credit on your account. Gold status gets you the ability to have flexible cancellations with Uber refunding any cancellation fee if you rebook a ride within 15 minutes. You also get priority support from customer service agents. Platinum adds priority pickups at airports and capped fares between your two favorite destinations, for example, home and work.

If you’re a baller and get to Diamond status, the list gets even longer. Dedicated 24/7 phone support with Uber’s best customer service agents, complimentary surprise upgrades from UberX to Uber Black at no cost to the rider (drivers will still earn the premium fare, Uber will eat the difference), no delivery fee on three Uber Eats orders every six months and access to the best rated drivers.

Is Uber Rewards available in your city?

Unfortunately, Uber Rewards isn’t available to every user across the board. Currently, Uber’s new loyalty program is currently only available in nine cities.

The nine initial cities are Miami, Denver, Tampa, New York, Washington, DC, Philadelphia, Atlanta, San Diego, and across New Jersey. Bike and scooter sharing will be added to the program at a later date, as well as an international rollout.

If your city isn’t listed here, Uber has a waitlist you can sign up for and they’ll let you know when Uber Rewards comes to your city.

With Uber’s main rival Lyft being tight-lipped about the types of rewards their program will give, Uber announcing the full feature list might give them a heads-up in a highly competitive space.

Do you plan on using Uber Rewards? Do you think this is just another play for them to get more money out of you? Let us know down below in the comments or carry the discussion over to our Twitter or Facebook.

PlayStation Plus subscribers are getting hit with huge upcharges