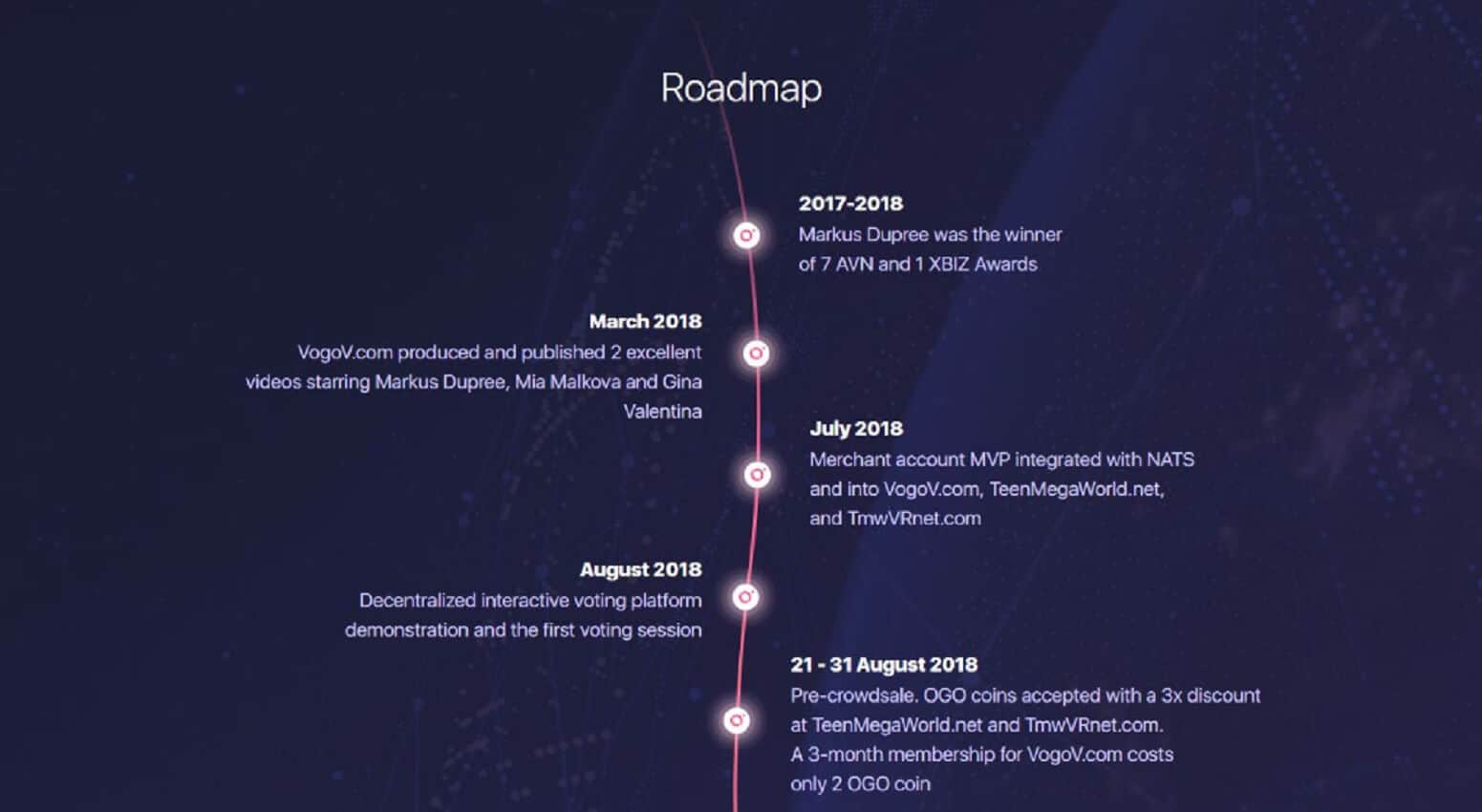 Please note that some of these links go to NSFW websites and Twitter accounts.

VogoV plans to embark on a grand experiment to investigate how willing the adult entertainment industry is to accept and work within the blockchain environment. We aim to apply the blockchain philosophy of decentralization to our business model in the form of a decentralized interactive adult flm studio located in Los Angeles, California. In addition, we will contribute to the cryptocurrency space and to adult communities by developing a new payment infrastructure called OgoShift, which is specifcally tailored to the adult entertainment businesses and to its customers’ needs.

The final goal, or money shot if you will, for VogoV.io is not the sale of the coin itself, but rather to get fans more engaged in the process, in the production and in the final cut, and to provide a safe alternative to fiat currencies by creating OGO Coin and hopefully partnerships with other adult entertainment businesses so that consumers get more value out of moving their transactions to the blockchain. Either way, it’s a hell of a lot more exciting than tossing wooden balls into a round slot, even if you can make a euphemism out of that.

What do you think about the blend of crypto and adult entertainment? Let us know below.