I mean, it is the default browser for Windows 10 machines.

It’s only been a short few months since Microsoft overhauled its Edge web browser to run on Chromium and it appears that change has paid off. Stats show that Microsoft Edge is now the world’s second-favorite desktop browser.

Market analyst firm NetMarketShare shows that Edge now has 7.59 percent of the worldwide browser market, edging out Mozilla Firefox to take second place. It’s still a long, long way behind Google Chrome and its 68.50 percent market share, but it’s an impressive turnaround from what was a paltry 2.48 percent back in 2016.

That’s likely down to how Microsoft’s revamped browser is the default in Windows 10, as companies are finally having to upgrade their computers thanks to Windows 7 finally reaching end-of-life status. Anyone who was using Internet Explorer on locked-down company hardware is now likely using Microsoft Edge, and as they won’t be able to install another browser, they’re likely to continue bolstering the Edge user numbers. 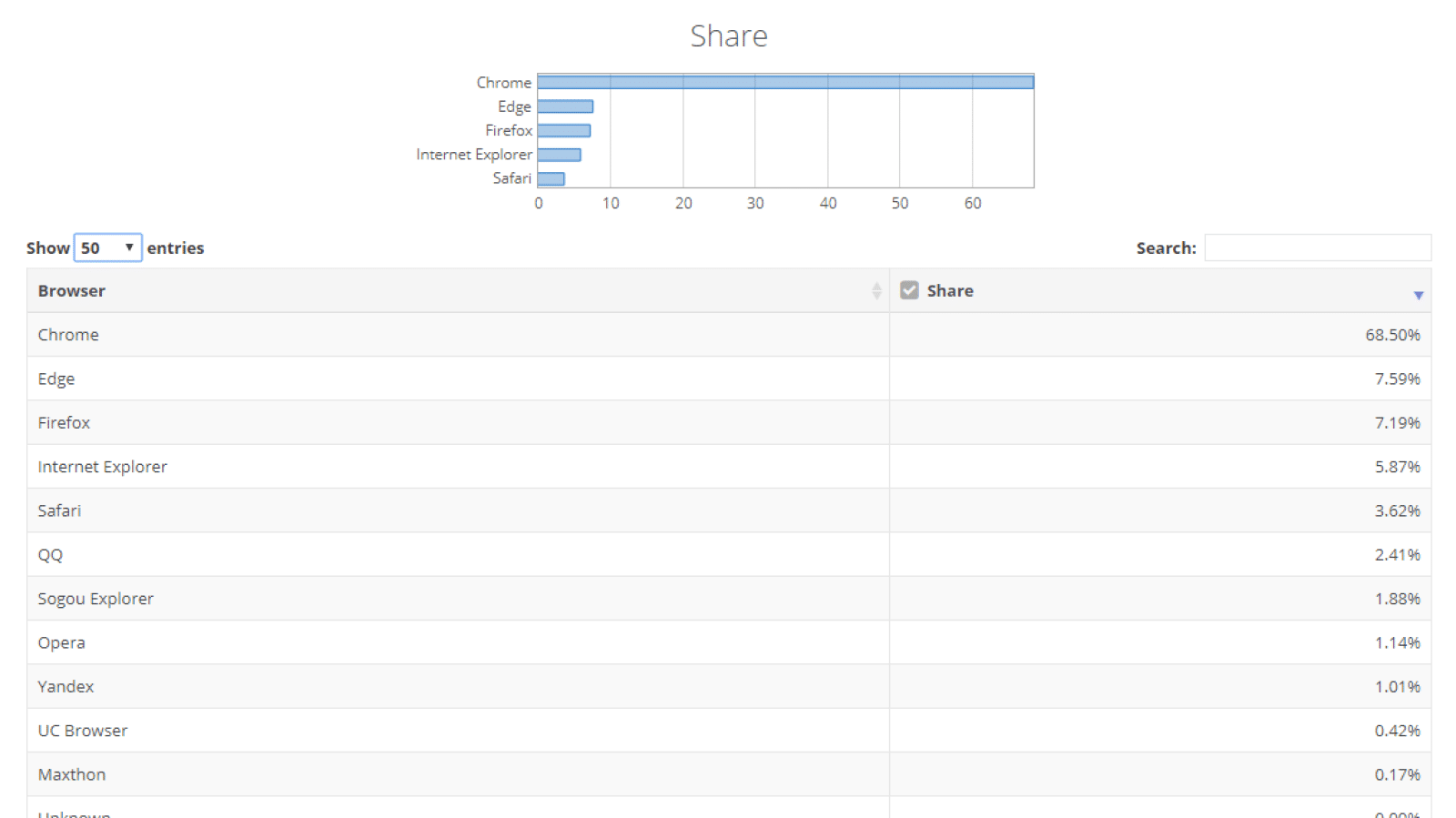 You can also get Edge now on older versions of Windows, or on macOS, or in mobile versions. There’s talk of a Linux version in the works as well, likely made easier by Edge running on Chromium. With Microsoft committed to improving its browser, is this the time to rethink your Google obsession?

What do you think? Have you tried the new browser? How do you like it? Let us know down below in the comments or carry the discussion over to our Twitter or Facebook.