Finally, a Rubik’s Cube-like device that I can handle. 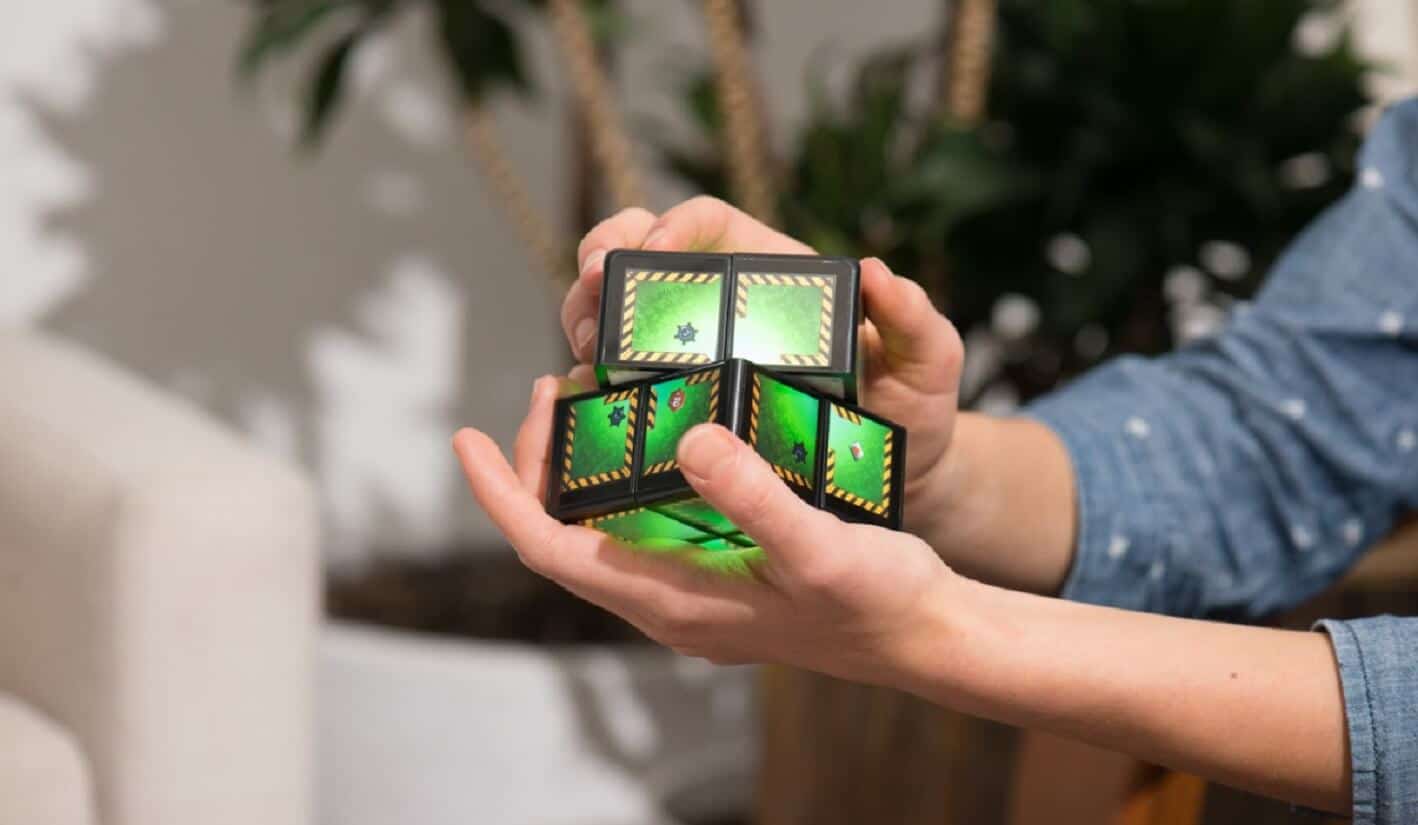 Nearly everyone has heard or played with a Rubik’s Cube. It’s one of those weird cultural phenomena and one that has frustrated many with how challenging it can be. Although, there are a lot of folks (and robots) who have solved this puzzle in record times.

Why bring up the Rubik’s Cube? A teenager from California named Savva Osipov started toying around with the idea of making a more digital, modern version of the puzzle game. He spoke with his father, inventor Ilya Osipov, about making one from parts lying around in their home. Since the patent for the Rubik’s is in kind of in flux, they were able to make one with little-to-no legal trouble. The result is the WOWCube and it’s a new twist on the classic toy.

Theirs is a Rubik’s Cube that is still a physical cube, yes, but it has microdisplays on each piece of the cube. There are 24 autonomous displays to be exact that can display full-color images. It also comes with the ability to play games that can be downloaded onto it through a Bluetooth connection.

Ever thought the Rubik’s Cube needs a big technology boost? Check out the WOWCube

What about the games, though? There are four preloaded games on the cube itself, such as Scrabble and a few maze games. Once a game is downloaded, the players can choose the game from the WOWCube app and it will load onto it.

The controls of each game vary, however, and much like the WOWCube’s inspiration, you will have to shift and slide the sides around. For example, one game involves trying to change the flow of water through some pipes.

Both Osipovs have been showcasing the WOWCube across several contests and conventions on the West Coast (like CES 2020). While it was previously for hobbyists, the two are looking to start selling the the gadget commercially.

In conclusion, anyone looking for a handheld challenge that is created by some genuinely cool technology then they will be wowed by the WOWCube. That’s a bad pun. Sorry.

What do you think? Is the WOWCube something you are interested in? Let us know down below in the comments or carry the discussion over to our Twitter or Facebook.