Flip it – Acer put another rotating display into a gaming laptop

Get the perfect angle with this rotating screen from Acer. 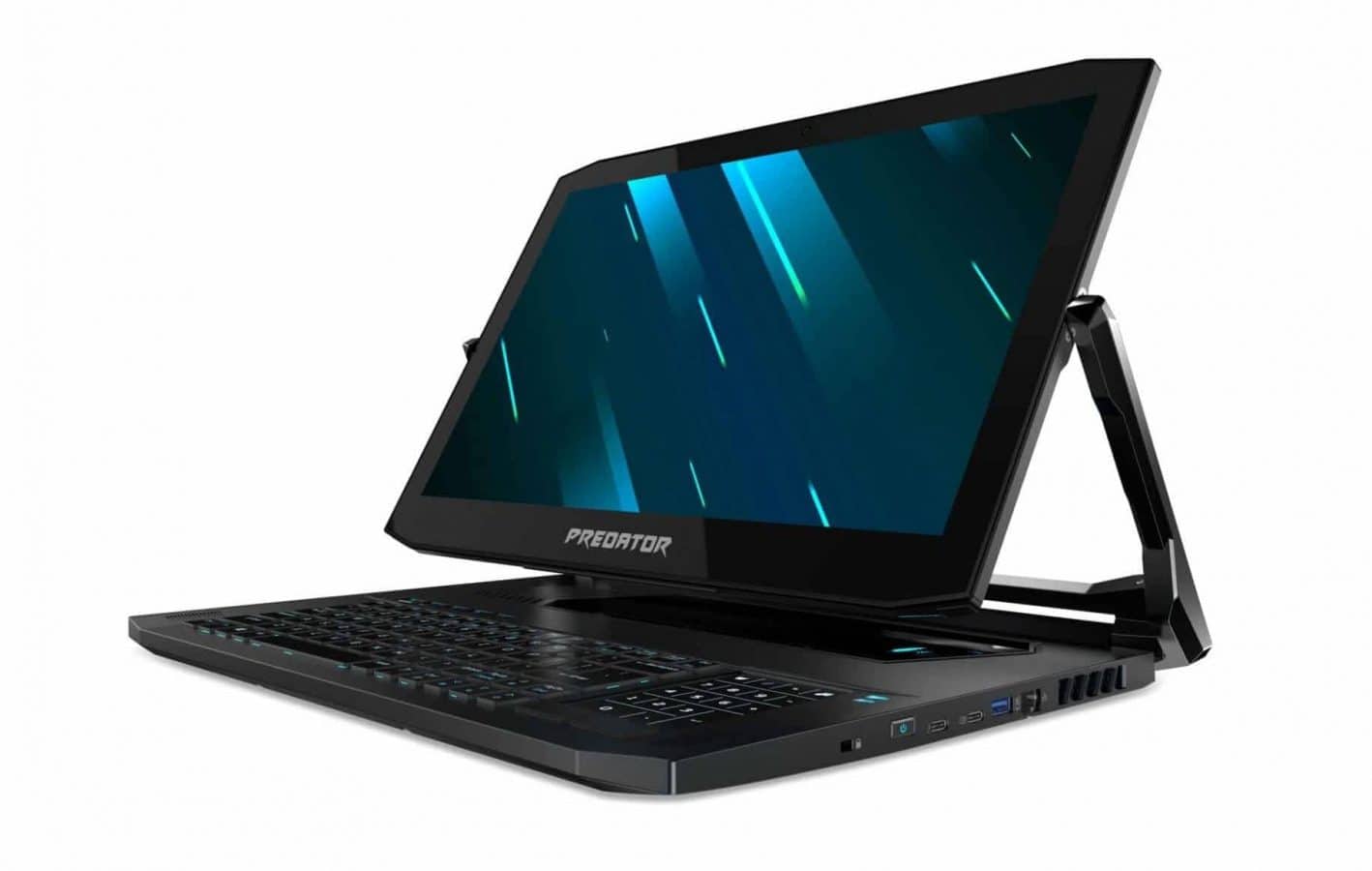 2019 might just be the year of the gaming laptop at CES. All the big manufacturers are releasing new models, like this Predator Triton 900 from Acer.

While the 17-inch, 4K display might sound par for the course, how Acer has attached it to the laptop body isn’t. A CNC-machined Ezel Aero Hinge lets the panel swing, flip, extend or recline the screen while being still attached to the base. There are four new display modes, including one that allows the device to be used as a drawing tablet, and one for touchscreen gaming.

The panel also has G-Sync support to avoid screen tearing, the trackpad has been moved to the right-hand side of the keyboard, like on Razer’s Blade Pro, for a more natural orientation for gaming (although I don’t know anyone that actually games on a laptop without an external mouse or controller).

The internals of the Predator Triton 900

Under the hood, there’s Intel’s 8th-Gen i7 processor, up to 32GB of RAM, and a GeForce RTX 2080 for the best graphics performance you can get in a laptop. The Triton 900 can be configured with NVMe PCIe RAID for super speedy storage and has an integral Xbox Wireless receiver so you don’t have to use up a USB port to wirelessly use an Xbox One controller.

Waves Maxx and Waves Nx technology for positional head-tracking for even more immersive sound reproduction is also included. This is the new hot thing in audio, so expect to see more Waves-enabled devices in the future.

What do you think of the laptop? Would you game on this? Let us know down below in the comments or carry the discussion over to our Twitter or Facebook.