Bethesda killed off their advance review copies, will it pay off? Probably not. 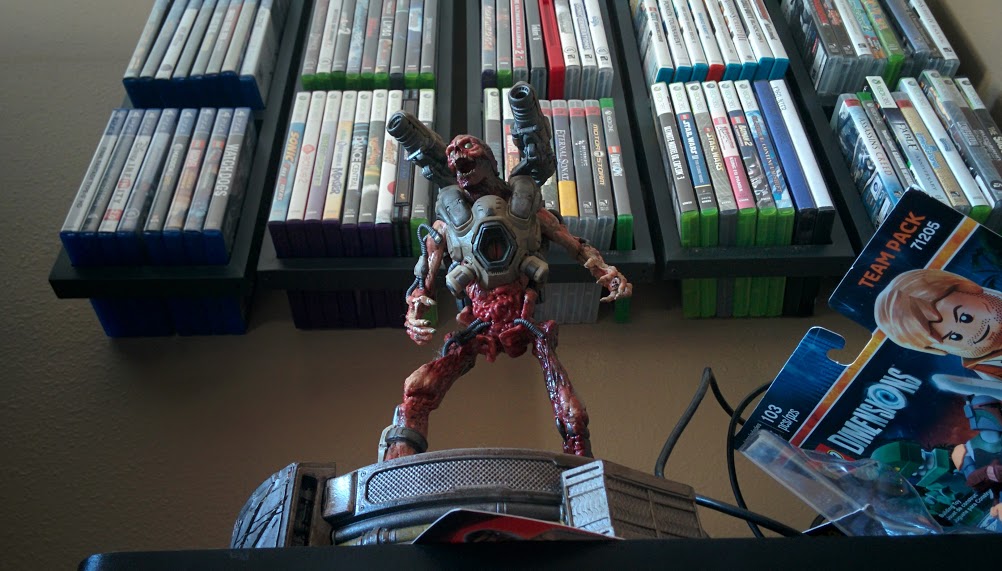 Over the last few days, I’ve had a few friends that lightly monitor the video game industry reach out to me about Bethesda’s new policy to only provide review games within a day of release. I’ve been asked if it made me mad, or how pissed was I about it. Easy answer, I’m not really. Concerned is likely the better emotion, but it’s not my call. It’s not something I agree with, which I’ll explain why, but that’s their decision.

I’m not completely defending them, and for full disclosure, I interviewed for a position with the company earlier this year. I feel that there are a few companies out there that have probably earned the right to kill the advanced review copy, but it still doesn’t make it right.

First off, from the Bethesda point of view, hype sells games. If you can release a game that builds a ton of momentum, you’ll have a sure winner. Getting advance copies out to press can be a blessing if the game is great (DOOM, Skyrim, etc) or trouble if the game sucks (Brink, Hunted, Rage).

With “Nu-journalism” and faux-outrage, it also can give an opportunistic outlet time to create a massive controversy that no one wants to have to deal with. It’s an unfortunate sign of the times and I imagine Dishonored 2 will ruffle some feathers. It’s a sound decision, one I can’t say I don’t disagree with wholeheartedly.

With that being said though, it also sets the stage for a hell of a headache that could damage how the good guys fight the good fight as well.

Why is this an issue?

As someone that reviews games, I consider myself the last line of defense for the consumer. Pre-release coverage is always going to be favorable in a game, this stuff is usually handpicked for us to see. However, when you get your hands on a game for the first time and realize that something is dangerously wrong, it’s important to get out there and warn the masses. Getting a game in advance will allow an experienced reviewer to form an accurate opinion and let their experiences ruminate before making a decision.

There have been games that I thought I liked at first but realized I absolutely hated before embargo, like Beyond 2 Souls. Conversely, there have been games that didn’t click with me immediately, that grew on me as I spent more time with it, like (ironically) Fallout 4 or Overwatch. Spending time with a game is important. Nothing else flashy or silly to say, but if a consumer wants an accurate review, the reviewer really does need time.

Bethesda is taking the first public step to eliminating the time-factor from reviews. Sending a game out a day before release means that reviews won’t readily be available until the end of release week. Sure, they can come out sooner, but we are talking knee-jerk reactions here.

I get it, everyone wants a cut of the No Man’s Sky pie. Create as much hype as possible, sell a ton of games and not really have to feel responsible for quality post-release. I don’t want to say that all game devs and publishers are greedy and are out to take advantage of your hard earned money, but at the end of the day they do want to get paid.

I’ve always appreciated the approach of Sega/Atlus’ PR guy, John Hardin. He is a firm believer in giving the reviewer enough time to completely play through the game and also look at anything else the game has to offer. Perhaps for the same reasoning, Atlus games have reviewed very well here. Bethesda may be the first company to say that they won’t get their games out to press early across the board but it has happened many times before to individual games. These games don’t usually end up reviewing very well.

What can be done from here?

The solution is simple, consumers need to make their voices heard in the only way companies can hear them, with their wallets. If you were going to preorder a game and the company that is releasing the game isn’t going to get press review copies early, don’t preorder or cancel your preorder. The only exception at all that I think is acceptable is when a publisher has a real cool special edition. At that point in time, they are offering a better product, but I’d still be very careful.

Basically, publishers need to earn the right to have consumers preorder, it shouldn’t just be because the hand-picked trailer looks cool and someone went up on stage and faked their way through a demo. I’d advise most consumers to consider giving new releases a week before purchasing now. Hell, if you are an Amazon prime member or subscribe to Best Buy’s Gamers Club Unlocked, you are still saving 20% off your purchase anyhow.

At the same time, reviewers need to realize that they will need to adapt to the way things work too. Going forward, it is far more likely that we will see other companies following Bethesda’s example. I would highly advise anyone trying to make a name for themselves to look into “live reviews” through Twitch or YouTube. At least that way, your audience can see what you are seeing at the same time you are. This would allow them to see how your initial feelings are on the game. Everyone is always saying new media is the future, I guess they are right.

At the end of things, Bethesda isn’t wrong for controlling the narrative of their games. However, there will be a lot to answer for if Skyrim Special Edition or Dishonored 2 are janky as hell. Most trust and goodwill that the company has earned since Fallout 3 would be needlessly pissed away. Is it worth it? I hope for their sake that they are ready to hit some home runs. Do I like the idea? No, it’s dumb and I hope any other publisher thinks long and hard about the consequences of their decisions before they try to follow suit.

You wanted my two cents? There ya go.