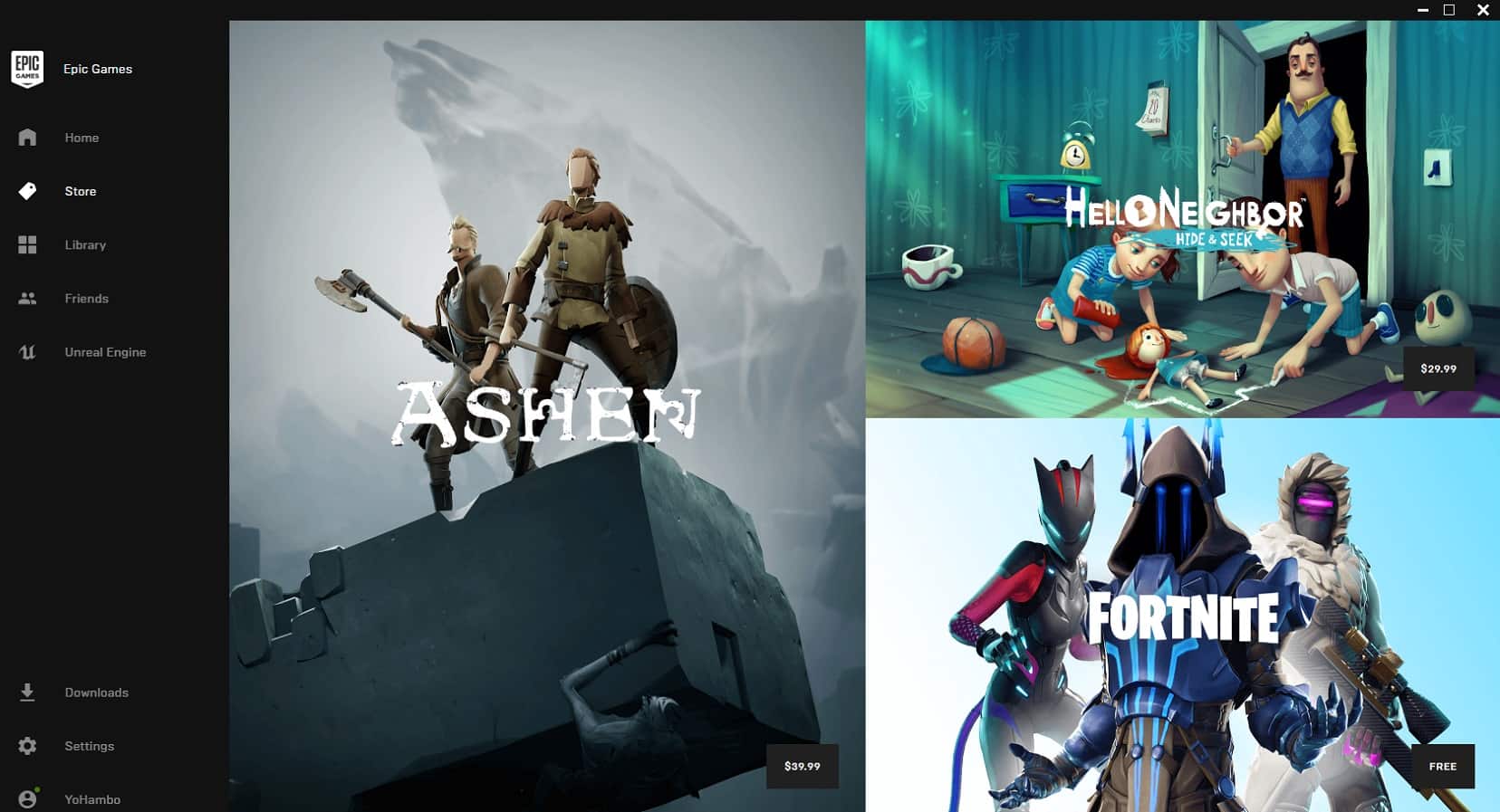 If there was a star of the show last night at the 2018 Game Awards, it wasn’t Red Dead Redemption 2, or that strange puppet, or even the Game of the Year winner, God of War. In my mind, the big winner last night was Epic Games.

Yes, yes, Fortnite. Awesome, real-time in-game Fortnite event. Yes, awesome. But, no, it was because of something bigger than the hit battle royale game.

We’re, of course, talking about the full launch of the Epic Games store.

Here’s what you need to know

The Epic Store is still a bit low on games, obviously, but there are titles available. You can access the store from your web browser or from the Epic Games launcher. You can download the launcher from the same link, just click “Get Epic Games” in the top right corner. This will start the download.

Currently, Fortnite and Unreal are available on the store (well, yeah) and both are free. You can also play Hades from Supergiant Games in early-access for $19.99. Another exclusive, Satisfactory, will soon be launched in alpha on the platform, after originally being planned for Steam.

There are some other games available now, as well, so make sure to check them out.

The future of the Epic Games store

Well, for one, expect free games, because Epic is tired of doing nothing but swimming in its cash, so it will be doing a lot of promotions to get people on the platform. This is made apparent by its first two free games for players – Subnautica and Super Meatboy. Subnautica will be available for free from December 14 -27, and Super Meatboy will be available from December 28 – January 10.

Should Steam worry? It’s too early to tell, but with better game developer and creator perks, it seems like it could seriously give Valve a run for its money. Maybe now it’s time for a Half-Life 3 announcement?