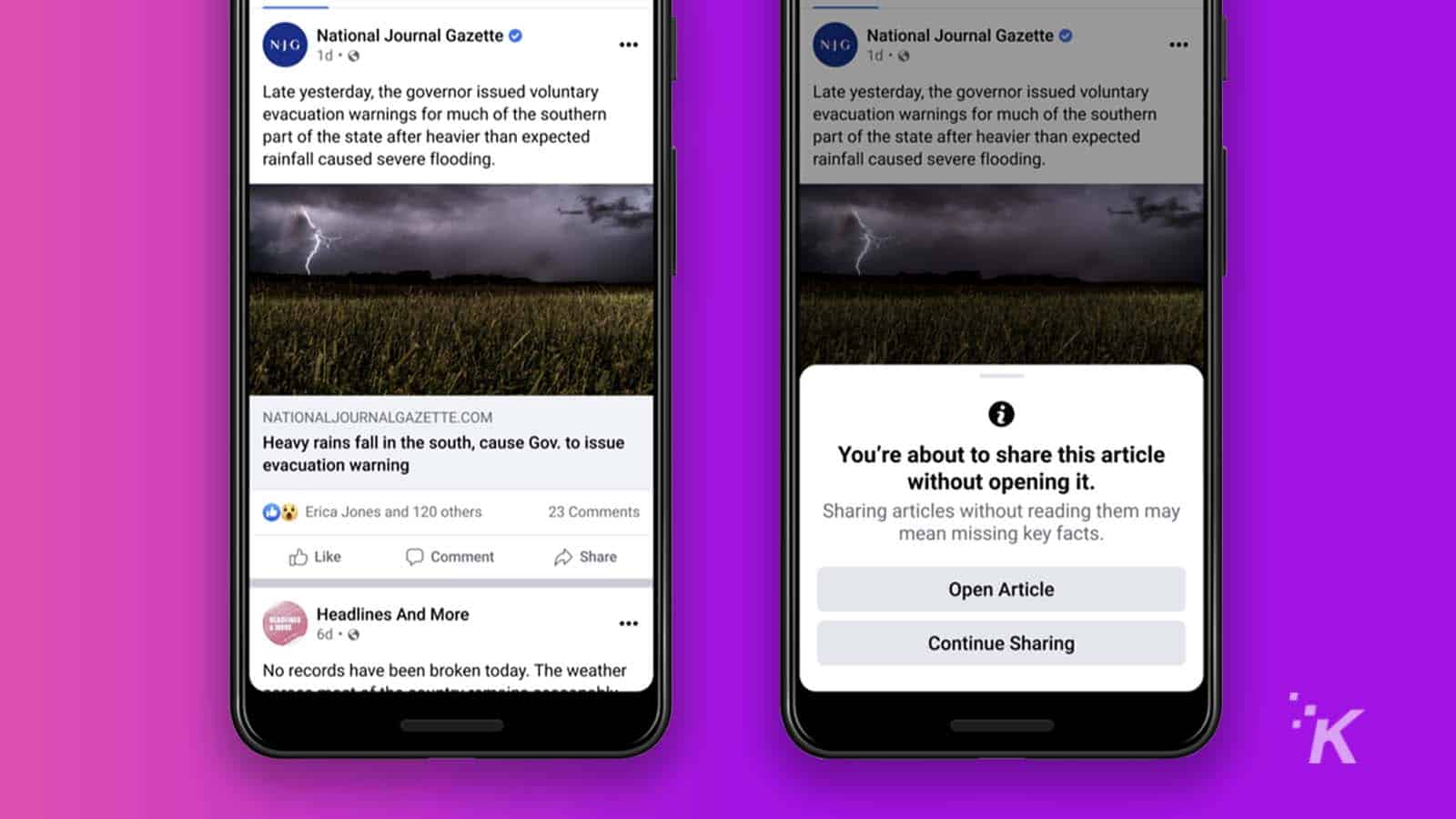 The social media giants have a problem. Okay, multiple problems but one of the most egregious is people sharing content without reading it, because the headline sounds like something they agree with. Facebook is now testing out a prompt that knows if you’re trying to share an article you’ve not read and asks you to go read it.

It’s essentially the same feature that Twitter rolled out last year, which calls you out if you’ve not opened a link before sharing it. That’s a good thing, as it might deter some posters from sharing everything they see without reading.

The new prompt on Facebook will remind you that you probably should go read that article before you share it. Let’s face it, clickbaity headlines are everywhere and you might get caught sharing something that doesn’t resemble the headline snippet.

The feature has a good probability of working before you start saying “but it’s just one more tap to share.” When Twitter had their version under testing, they found that articles were opened 40-percent more after seeing the prompt, and that some people didn’t even share the article after the prompt.

Anything that slows the spread of disinformation on social media should be welcomed, and the only question I have for Facebook is “Why did this take so long?”