Imagine that, Facebook taking yet another cue from other social apps.

One of Snapchat’s first BIG features was that messages would disappear after the recipient had read them. While that obviously can have nefarious implications, I guess there are reasons why people would want messages to disappear.

Facebook seems to agree, as it is now rolling out a new feature called Vanish, which brings that disappearing functionality into Messenger and Instagram. Users will be able to toggle the feature on individual message threads, meaning you can go back and forth without having to start new conversations. I guess I could see the appeal here if you aren’t trying to clog up a conversation with a quick meme or embarrassing picture that you want to share.

Like Snapchat, the feature will also alert the other user when screenshots have been taken. To use the feature, you just have to swipe up on a chat (this feature is currently available on the mobile apps) to turn it on then swipe up again if you want to turn it off. Both users will be alerted of the change. 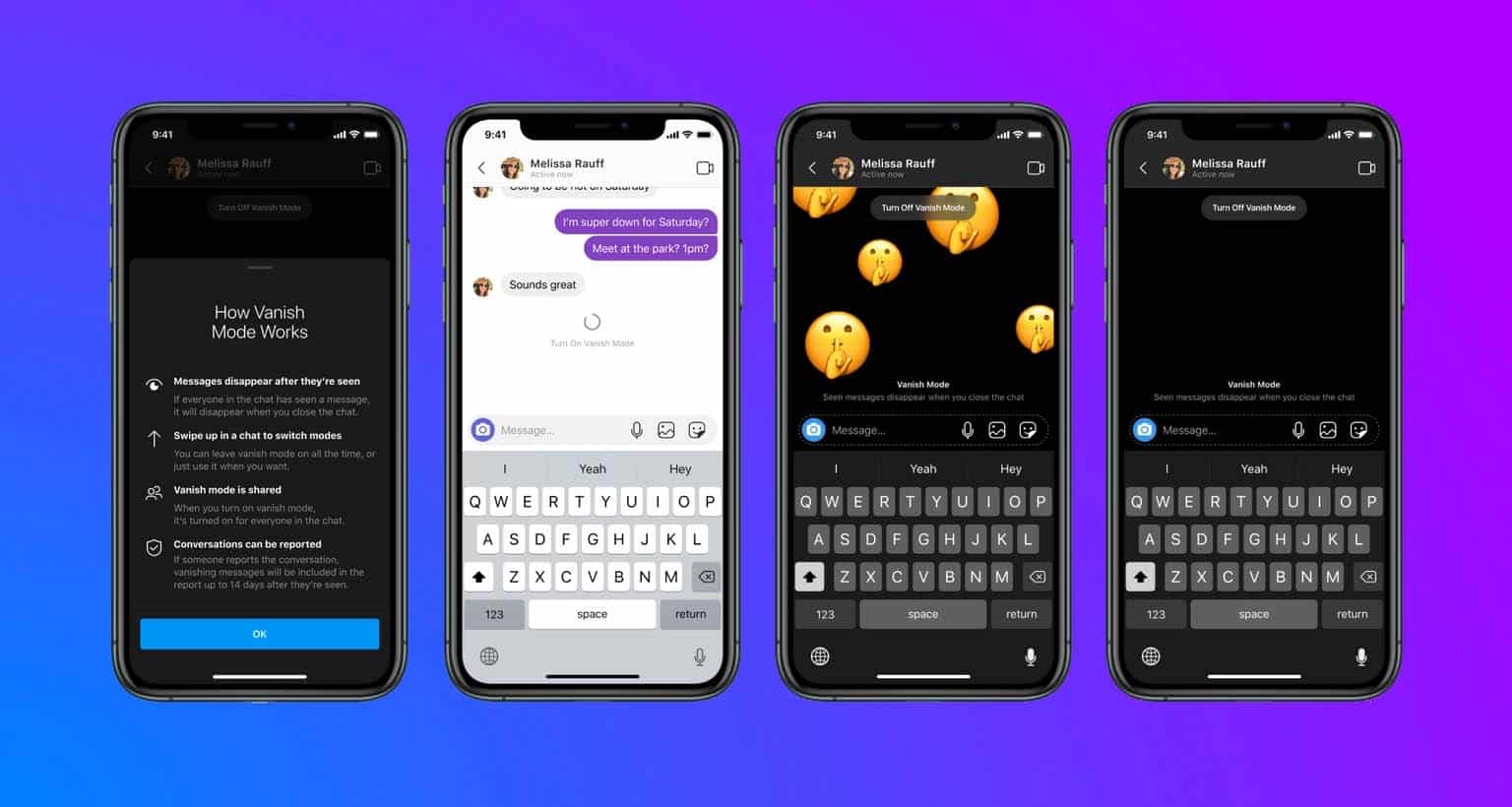 It’s a small feature, but yet another example of Facebook taking others’ ideas and running with them.

Vanish mode is now rolling out to users in the US and “a handful of other countries,” before a wider rollout in the future. That said, I currently do not have the feature and have pinged a couple of friends that can also confirm that the feature is not yet available on their device.

What do you think? Is this a feature you could see yourself using? Let us know down below in the comments or carry the discussion over to our Twitter or Facebook.