With Google’s support for Matter, the Nest ecosystem is better than ever. 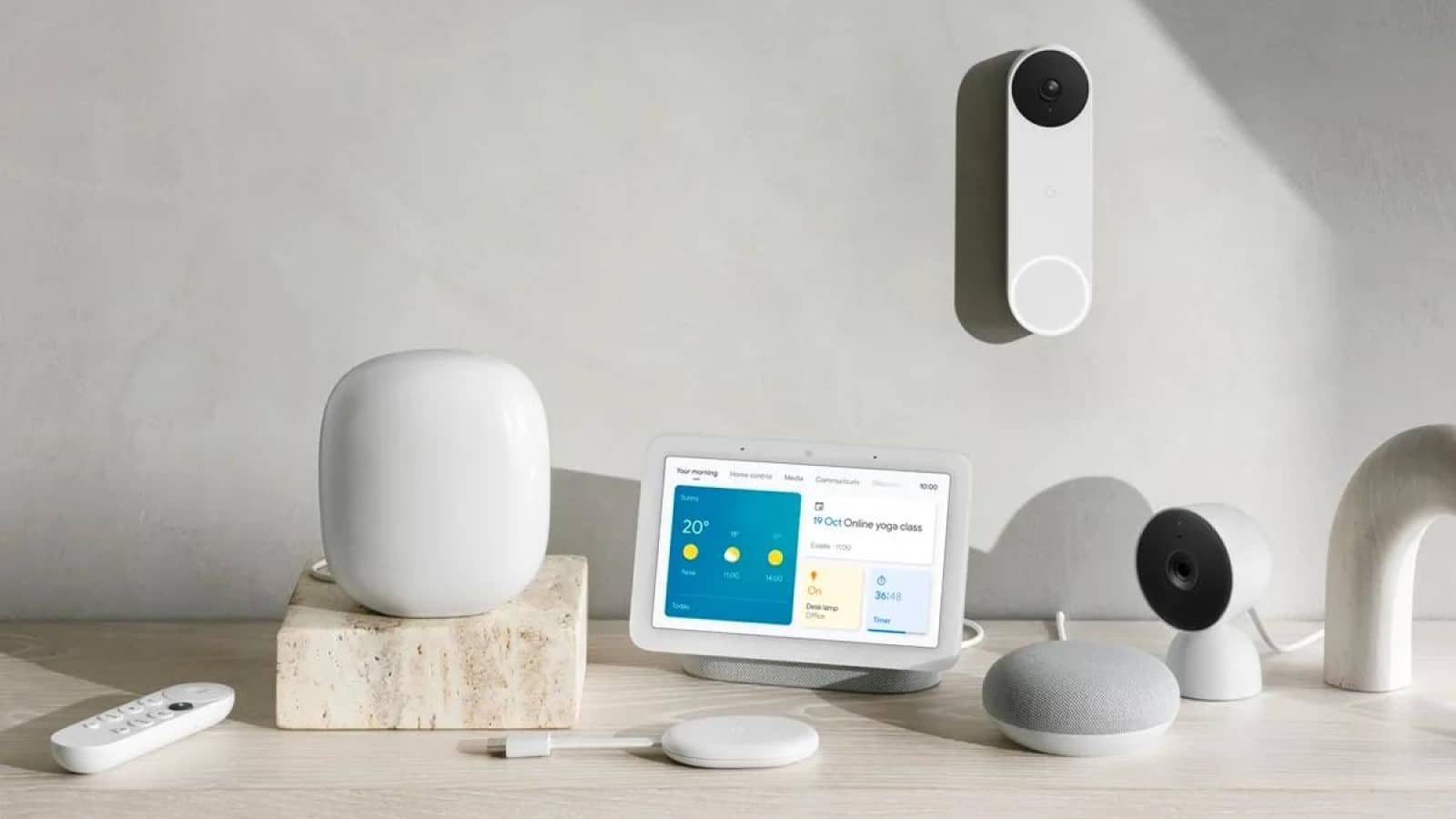 Google is getting ahead of its Made by Google event and has announced several new Nest devices.

The tech giant also reminded us that it is committed to Matter, the new standard for smart home devices that’ll improve everything from setup to use. Here’s what’s to know.

Google has a new redesign for the Home app, which is due for release soon. A public preview is coming before that, so keep your eyes open if you want an early chance to use it.

The most significant change is a new camera viewing routine. Still, you’ll also get deeper customization, more automation options, and the ability to use your Pixel Watch as a smart home controller.

You’ll also be able to control your smart home from the web on home.google.com.

The Nest Wi-Fi Pro might look like oversized TicTacs, but they pack a sweeter crunch – Wi-Fi 6E support.

That’ll blanket your home in the latest standard while automatically reconfiguring your mesh to reduce dead zones.

They’re $199 each, or a three-pack is $399.99. Every unit is a standalone router, but the router switches to access point mode if you have more than one plugged in.

You don’t get any onboard speakers for Google Assistant integrations this time. Instead, you get a choice of colors, from Snow, Linen, Fog, and Lemongrass. All are glossy, though.

The Nest Wi-Fi Pro mesh router is available from Google, Best Buy, or anywhere else you can find Nest devices.

The $179.99 Nest Doorbell Wired (2nd-gen) can record 24/7 video, one of the features missing from the first-generation device. It’s also 30% smaller, thanks to not needing a battery.

Plus, if your internet goes down, it can store an hour of footage which will be automatically uploaded once service comes back online. Color options include Snow, Linen, Ash, and Ivy.

You can get one direct from Google, Best Buy, or other retailers that carry Nest devices.

With Google’s support for Matter, the Nest ecosystem is better than ever.

Every Thread Border Router-capable device, like the new Nest Wi-Fi Pro, can keep all your smart devices connected to the network and connected to each other.