How many mesh routers do you need for your home? 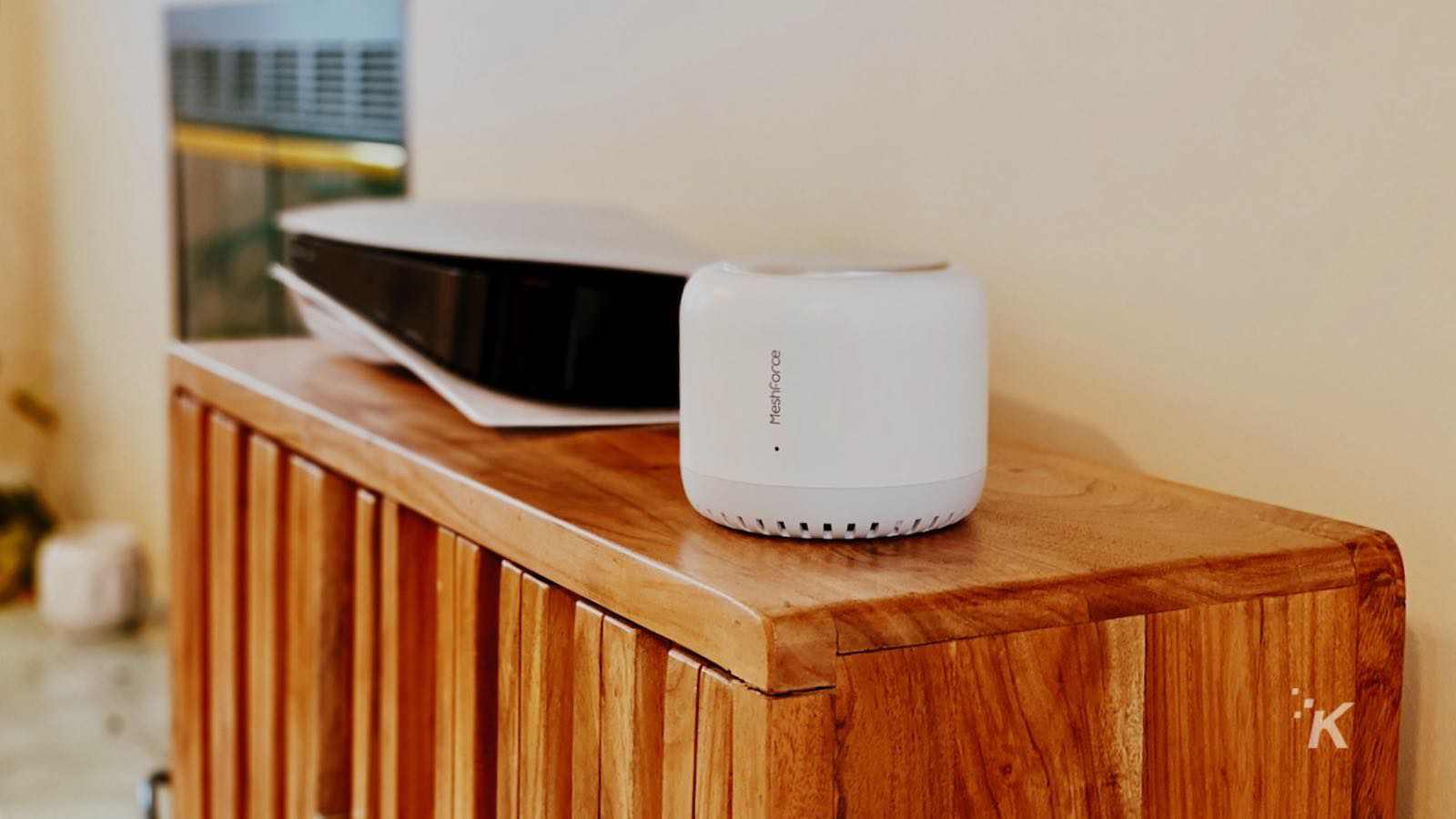 Are you noticing that your current WiFi router gives you dead spots? You might benefit from a network made from mesh routers, which extend your WiFi throughout your home. But how many mesh routers do you need?

Instead of one WiFi router in your home, you’ll be replacing that with a system of multiple WiFi mesh routers. That should be able to blanket your home in sweet, stable WiFi, so your dead zone woes are a distant memory.

Before we start, we should go ahead and let you know that we can’t tell you exactly how many mesh routers you’ll need. What we can do is give you all the information and tools you need to figure it out for your specific home. Let’s dive in.

First, what is a mesh router?

Okay, so we’re comfortable with how a WiFi router works, right? Internet goes in and gets routed to your devices via WiFi. Well, with a WiFi setup using mesh routers, your routers also talk to each other, over a dedicated WiFi network, called a backbone.

The main benefit of this is that you don’t have to pull wiring around your house to get WiFi to areas that are far away from where the jack from your internet service provider is.

That means you can eliminate dead zones, so you can use WiFi devices anywhere in your home. Note that it might not improve your WiFi speeds, just make it usable everywhere.

The average 2.4GHz WiFi router has roughly 150 feet of range. That’s halved if you need the faster 5GHz band, and it could even be lower depending on how your walls are constructed. That’s still enough for most apartments, which are around 1,000 square feet.

If your home already doesn’t have any dead zones, you might not need a mesh setup. That’s a good thing, as mesh routers can get costly once you need three or four units.

To fix a slow connection to one computer, you might be better off pulling an Ethernet cable to it or adding a relatively cheap WiFi extender to your setup.

How many mesh WiFi units do you need?

Answering this question is like the old “how long is a piece of string” or “how long will it take? questions. It depends on multiple factors.

See, all houses are built differently, with varying materials on the walls, floors, and ceilings. WiFi performs differently through those materials, making this a hard question to answer in a general way.

With a mesh router setup, one unit is plugged into your internet connection and functions as a router. The rest of the units are satellites, which spread the Wi-Fi around your home. Some systems use multiple of the same device as router and satellite, while some kits use a different device as the satellites.

We can overestimate how many units you’ll need based on the square footage of your home:

That’s also estimates based on your rooms all being on one floor. If you’re in a multi-floor dwelling, you might need more WiFi satellites.

For example, my previous home was in a two-level apartment, with one bedroom and a loft. I used three SuperPods from Plume, to ensure every inch was covered in strong 5GHz WiFi.

Thinking about it, that was overkill, as the same three mesh nodes are now covering my three-floor, nearly-three-times-the-size townhouse in solid WiFi.

The only difference was that whatever was in the wall between the kitchen and the bedroom in the apartment would destroy my WiFi signal unless I had the mesh satellites on either side of the wall.

You also can’t trust the manufacturer’s coverage numbers. They’re always generated in large open areas and won’t match the real-world numbers once in your home.

It’s okay to buy fewer mesh routers than you think you need at first. Once installed and you’ve played around with placement, you can always add more to your mesh network if needed.

That doesn’t always have to be expensive routers either, some brands have cheaper add-on beacons for WiFi range extension.

How do you figure out where to put them?

You’ve now figured out how many mesh routers you need for your home, but you’ll need to know where to put them. Again, it depends on your home and the materials it’s constructed from. There are a few rules you should follow for the best WiFi coverage though.

Buy mesh routers that you like the look of because WiFi devices don’t like to be hidden behind furniture. Getting optimal coverage means leaving your mesh units out in the open.

We know it’s tempting to put them closer to the devices you use often, like your gaming console. It’s a better idea to spread the mesh routers around, so you are optimizing for most devices.

Usually, you want one per floor, and maybe two on opposite ends of the house if you have a lot of square footage or want signal across the back yard.

Since your first unit will always be where your internet connection comes in from outside, plug that one in first. Then use something like WiFi Analyzer to see how far away from that unit your signal drops. We reckon 75 to 80-percent signal in every room is about optimal.

Then set up your mesh satellites and see how your signal is throughout the house. You might want to wait a few days before you do this, as most mesh networks run optimizations for a while after the initial setup so your signal might get automatically fixed.

Which mesh routers should you buy?

Any branded mesh WiFi system should be fine to buy. You don’t have to go for the most expensive, and generally, you should steer away from the cheapest end of the market.

If you want a mesh network that won’t need much tweaking, Google’s Nest WiFi is our favorite. It’s essentially plug-and-play and gives strong signal wherever it’s placed.

You don’t need the most expensive Netgear setup, unless you’ve got a huge house. Or unless you want WiFi 6, as it’s one of the only systems that support the new protocol.

For a cheaper WiFi 6 setup, ASUS has you covered, or the WiFi 6 version of the SuperPods that I use from Plume. The bonus of the Plume setup is that they’re small and hang from your outlet. You do have to pay for a subscription fee to use them though, which includes things like AI-powered network security.

Other big names and recommended mesh router setups include Amazon’s eero, and TP-Link.

The other consideration is how much other smart home gear do you have in your home? Amazon’s eero system links up with Alexa, and Nest WiFi units double up as Google Assistant smart speakers.

Are you sure you need mesh routers?

Every home is different, and you might find you don’t actually need to spend any money to improve your WiFi.

Try moving your existing router around to see if something was blocking it from spreading WiFi to the trouble spots. If you find your WiFi woes are over, you don’t need to go spend big bucks on a system of mesh routers.

If you’re all dead-set on upgrading for new features or the latest WiFi standards, then a system of mesh routers should be the first thing on your shopping list.