Microsoft just lifted the veil on its newest Xbox One – Project Scorpio and it looks, um, amazing. 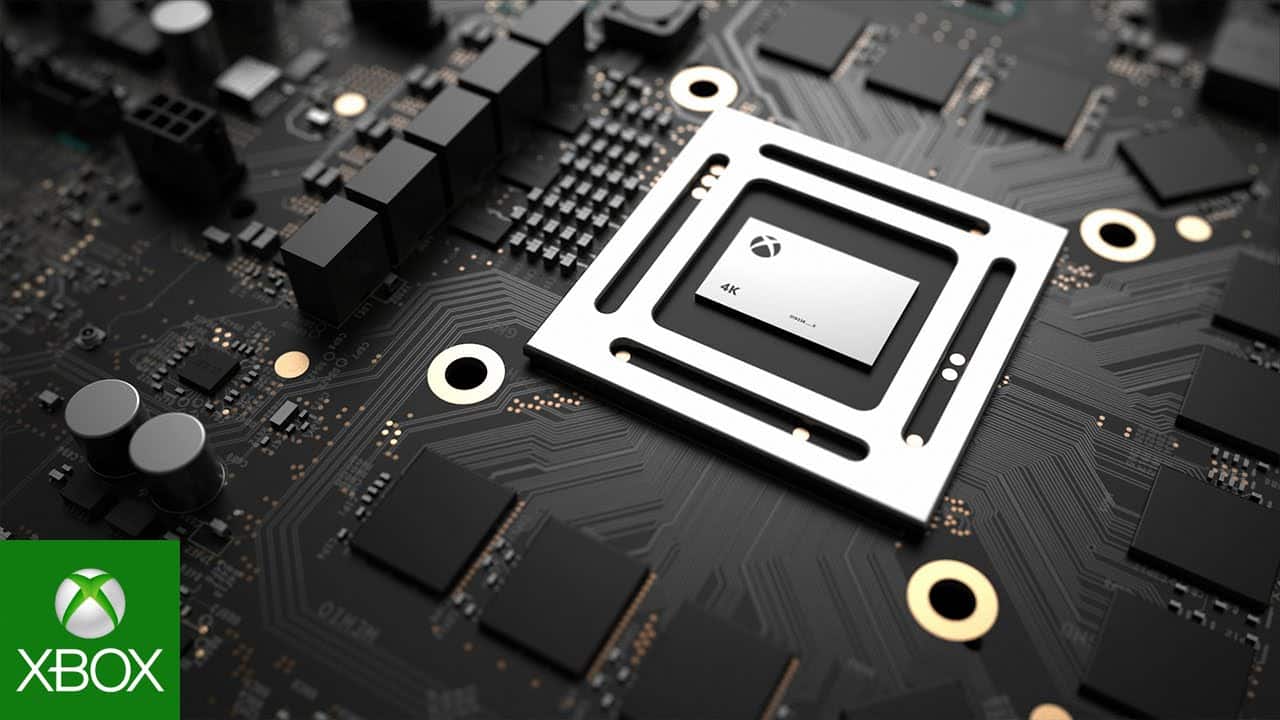 Ok, console peasants, new details have been released about Microsoft’s next Xbox, currently being called Project Scorpio. Let’s be clear about one thing off the jump, this isn’t the next console from Microsoft, but a new and improved version of the Xbox One. In the same vein that Sony released the Playstation 4 Pro, this is Microsoft’s answer to that.

This offering from Microsoft will feature a full 60 frames-per-second and supports 4k, making your games smoother and more realistic. There is no release date as of now, but many are speculating it will be completely unveiled at the gaming expo, E3, in June of this year. It seems that not only is Project Scorpio on schedule, but it actually appears to be ahead of schedule, a rarity these days.

We’ll drop a bunch of the specs below, but Eurogamer had the chance to send their Digital Foundry team to Redmond, Washington to witness the power of the console firsthand and was seriously impressed by a Forza Motorsports demo that was there for their viewing pleasure.

“We saw a Forza Motorsport demo running on the machine at native 4K and Xbox One equivalent settings, and it hit 60 frames per second with a substantial performance overhead – suggesting Scorpio will hit its native 4K target across a range of content, with power to spare to spend on other visual improvements.”

Project Scorpio is literally superior to the current Xbox One console in every way, and even outshines the Playstation 4 Pro in certain fields. Peep this graph from Eurogamer to see some more of the juicy details and helpful comparisons. 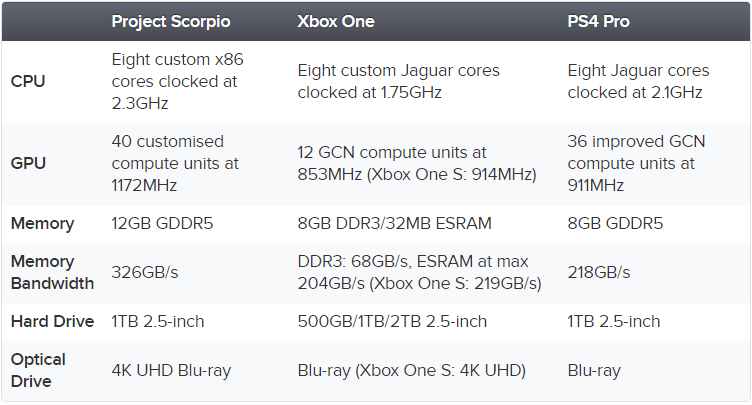 Other interesting things coming to the new Xbox is better color compression and a new audio processor. It will also be completely backwards compatible with all current Xbox One games. Of the 12 gigabytes of memory in the next gen Xbox, only 4 is reserved for the actual console, leaving 8 gigs of memory available to developers to help with loading times and smoother, more defined graphics.

For content creators, there is some exciting news, as well. Project Scorpio will feature a new, unique codec that will allow you to capture your gameplay in full HDR. Current capture quality isn’t bad, but this will take your captures to the next level.

There has been no word on pricing or availability, but considering this new batch of information, we should know more in the coming months, and almost certainly by E3 in June.