We should learn all the details at Apple’s fall press event on Wednesday, Sept. 12. 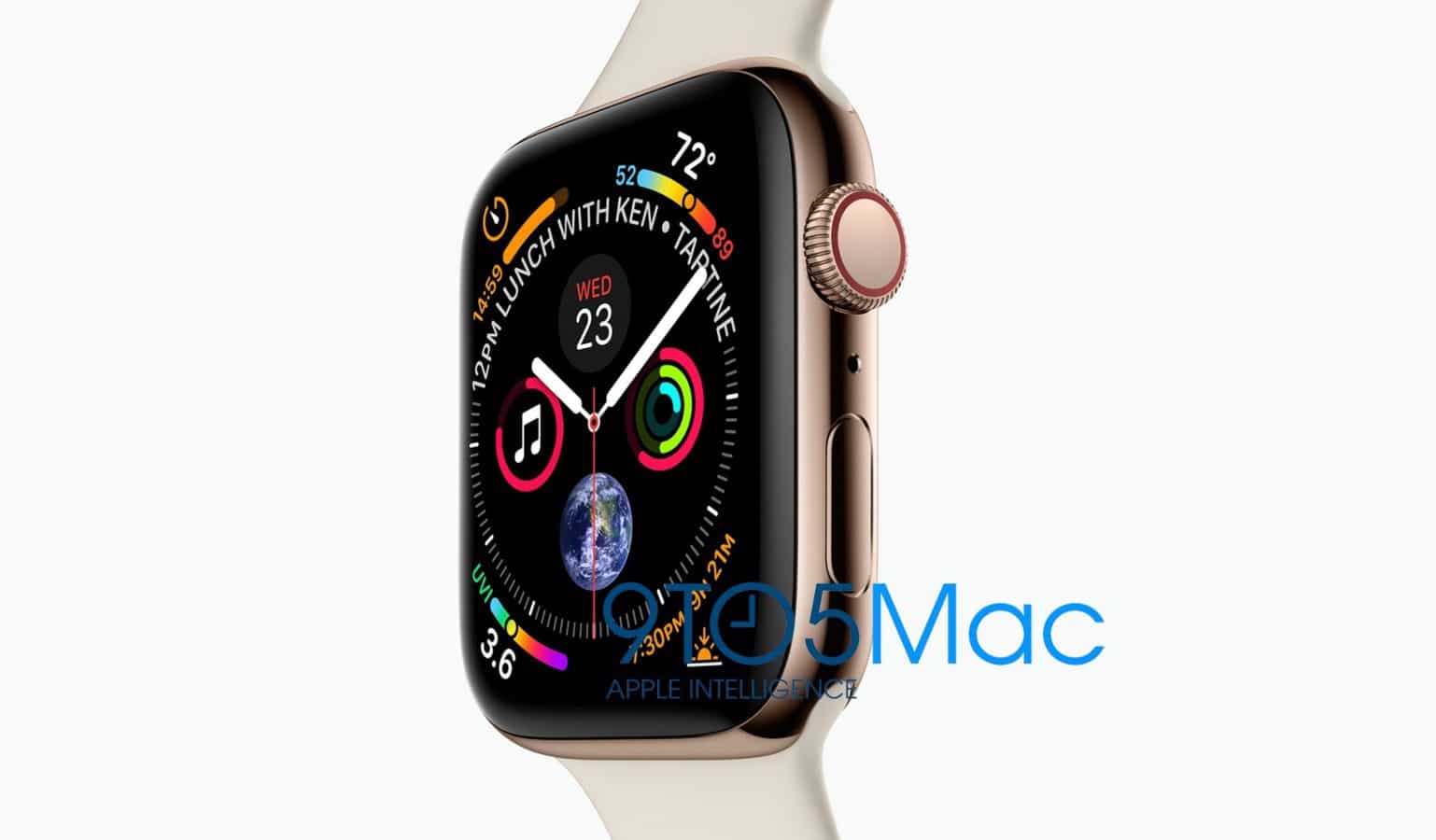 The fourth-generation Apple Watch launching this fall has long been rumored to feature an all-new design. Late Thursday, 9to5Mac became the first media site to offer proof that a change is coming.

In an exclusive reveal, the website posted what it claims is the first official look at the upcoming wearable device. The most significant change is the all-new edge-to-edge display that’s rumored to be 15 percent bigger than previous models. In the image, you can see the reduction of the bezel size around the screen.

It also looks like Apple has changed the look of both the side button and Digital Crown. There’s also a new hole between both buttons. 9to5Mac surmises this is an additional microphone.

There’s also a new watch face that includes eight complications around the time and within the watch hands. It’s clear the face takes advantage of the larger screen.

As a long-time Apple Watch owner, I can’t wait to get my hands on this new watch. Since it was first announced in 2014, the Apple Watch has looked mostly the same through three versions. Therefore, any change would have been nice. In this case, Apple didn’t reinvent the wheel, but instead only enhanced it.

We should know soon enough. On Thursday, Apple announced that it would be holding its fall press event on Wednesday, Sept. 12 beginning at 10 a.m. PDT. In addition to the new Apple Watch, the company’s likely to use that event to announce three new iPhones, two new iPad Pro tablets, and perhaps updated Macs.

Which new Apple product are you most excited about seeing in September? Let us know below.

Check out these other tech stories: