Opinion: The Hitman franchise is turning me into a sociopath 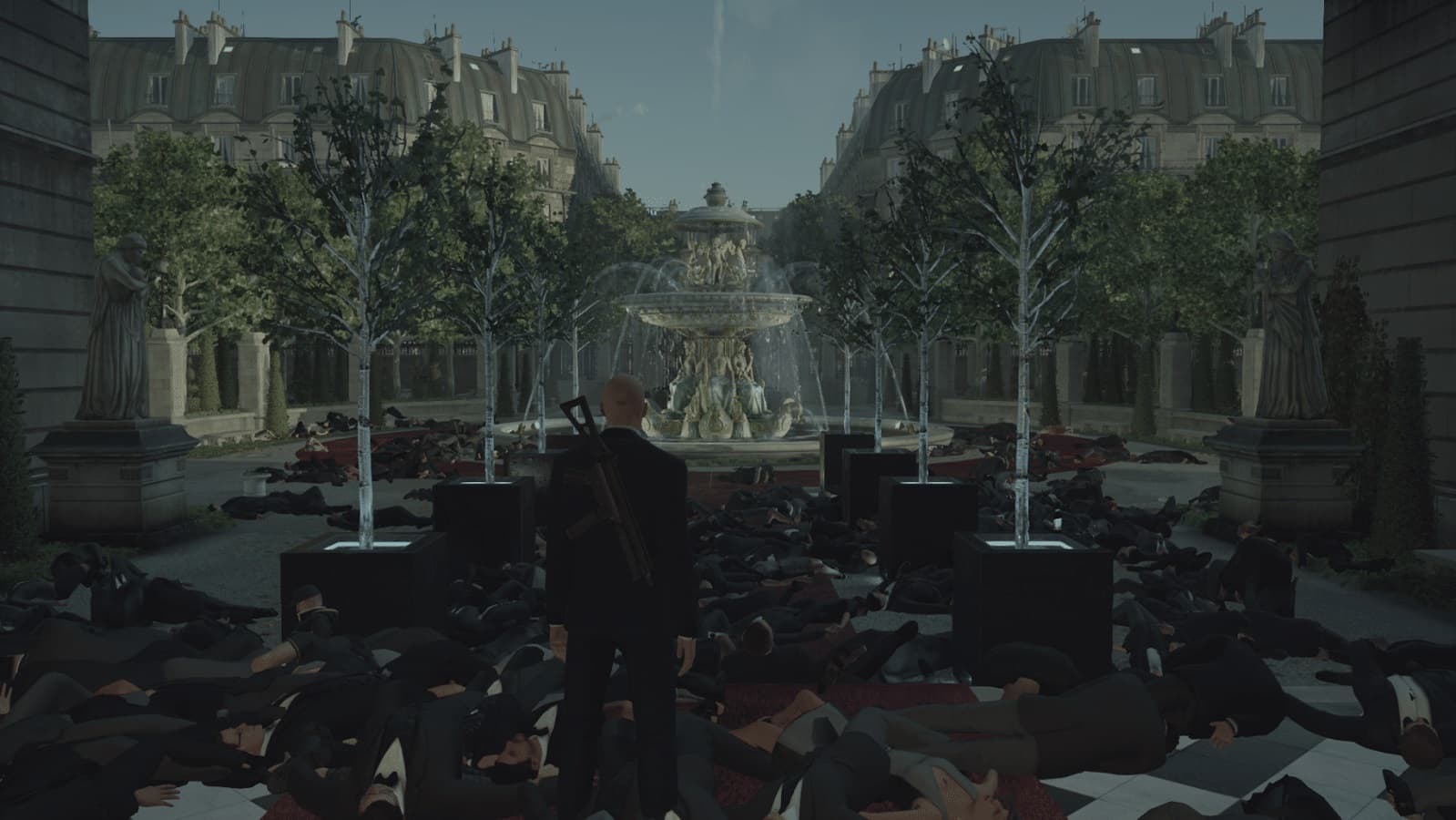 We’ve been told since childhood that “violent video games will turn you into a violent person.” Your Mom said it while buying you that copy of Goldeneye. Your grandpa says it every time you see him (right before launching into an all-too-gleefully told story about his time in Korea, somewhat ironically).

It’s been the plot of at least a half dozen Law & Order episodes. We all know it’s a load of crap without even a scrap of scientific evidence to support it.

I think the Hitman franchise is turning me into a serial killer, or at the very least, an aspiring one 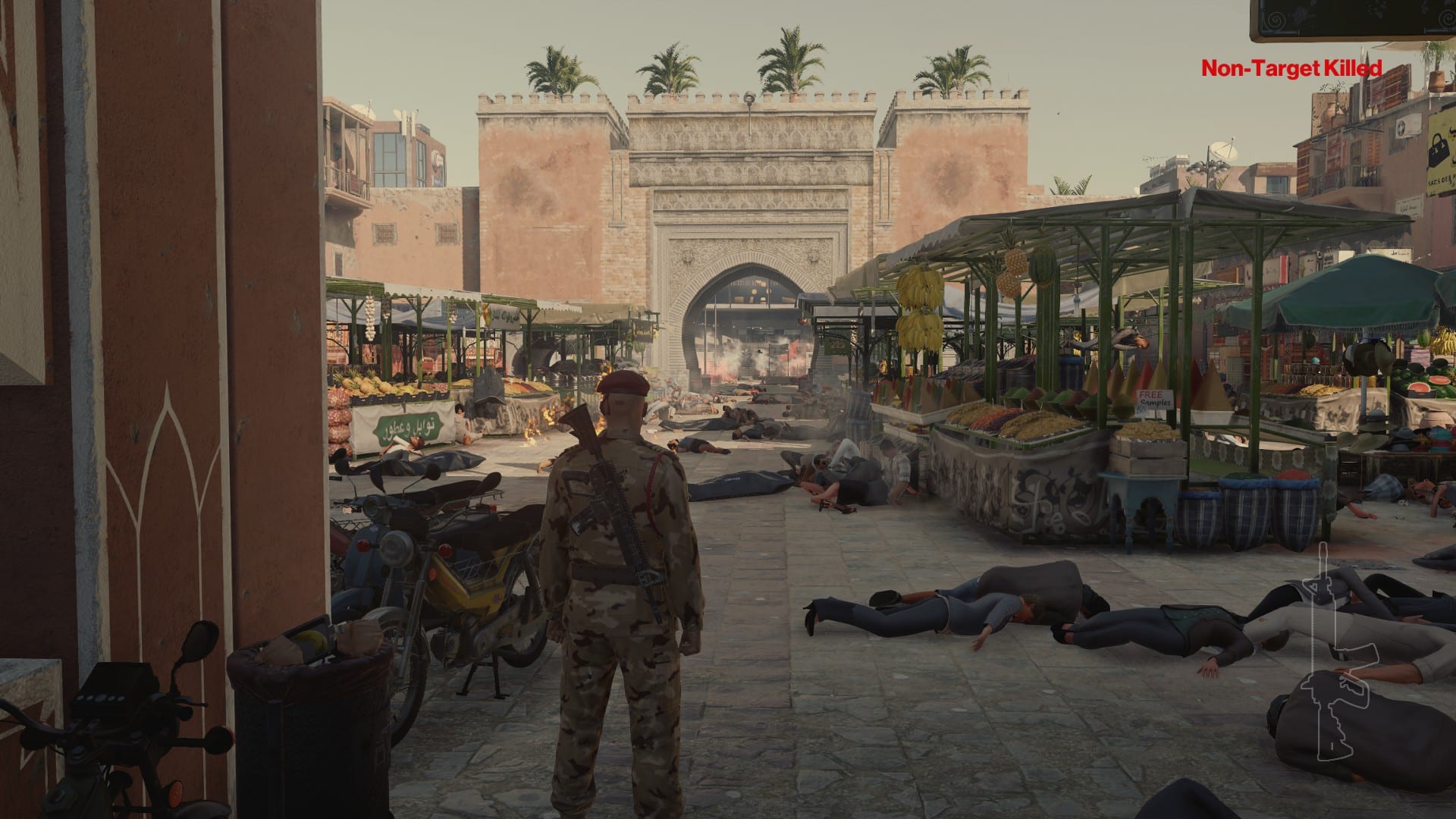 In the interest of fairness, I’ve only ever played one Hitman game – Hitman Season One on PS4 – and I’ve only been playing it for about a month. But all I know is that it’s probably not a great sign when every single mission I take ends up looking like the above.

Worse yet is the fact that I’ve played all the missions in season one at least 10 times and still can’t stop thinking about new ways to carve my path of complete destruction. Can I take out every last person in a level without causing a panic? Can I use the coin trick until every single closet, dumpster, and crate has been filled with bodies?

I know a game that asks you to drown scientists in toilets doesn’t leave much room for morality, but I’m honestly starting to feel like something’s broken in my brain.

I mean, just look at the scene above. Not one of these people were the target I was tasked with killing. Most of them couldn’t even be considered “bad guys.” They were just your run-of-the-mill NPCs, looking to buy some pineapples and carrots at the local market to take back to their anonymous, probably non-existent husbands and wives. They were normal, happy people living normal, happy lives, and I red-pilled them right out of the Matrix with a military guard’s disguise, a machine gun, and a meat cleaver.

I don’t know when things changed

When I was a teenager playing Vice City, it seemed like harmless fun to spend most of the game running up my Wanted rating while pancaking hookers with a dump truck. Sandboxing was “the cool thing to do.”

But now, when I’m painting the streets of Sapienza red on the daily, I’m only greeted with looks of horror and utterances of “What the fuck?” by my roommates. Maybe it’s because the NPCs in Vice City were funnier when dying, whereas the ones in Hitman say things like “Please don’t!” and “I have a family!” before getting cleavered to death. Maybe it’s because we live in a world where actual mass shootings highlight the news cycle every couple of days.

All I know is that I’m definitely never vacationing in Sapienza. I’ve already done too much to besmirch that city’s good name.

Will I ever act upon these genocidal impulses in real life? Probably not, but I’d be lying if I said I hadn’t thought about the most efficient way to dispose of every person in line in front of me at an Arby’s. We all have. Probably. Maybe. There’s at least one popular Youtuber has made a series around this very idea, which I suppose is something to take comfort in.

So yeah, this game is awesome, even if it’s pushing me dangerously close toward releasing my inner John Wick. Is it odd that I find enjoyment from it? Maybe, but then again, I defy anyone reading this to claim that they haven’t gone full Stalin on a crowd of people in a harmless little video game. Those are the real sociopaths if you ask me.

What do you think? Ever found yourself in a similar situation? Let us know down below in the comments or carry the discussion over to our Twitter or Facebook.