This smart cooler promises to revolutionize your wine experiences

Apparently, we’ve been drinking it wrong all along. 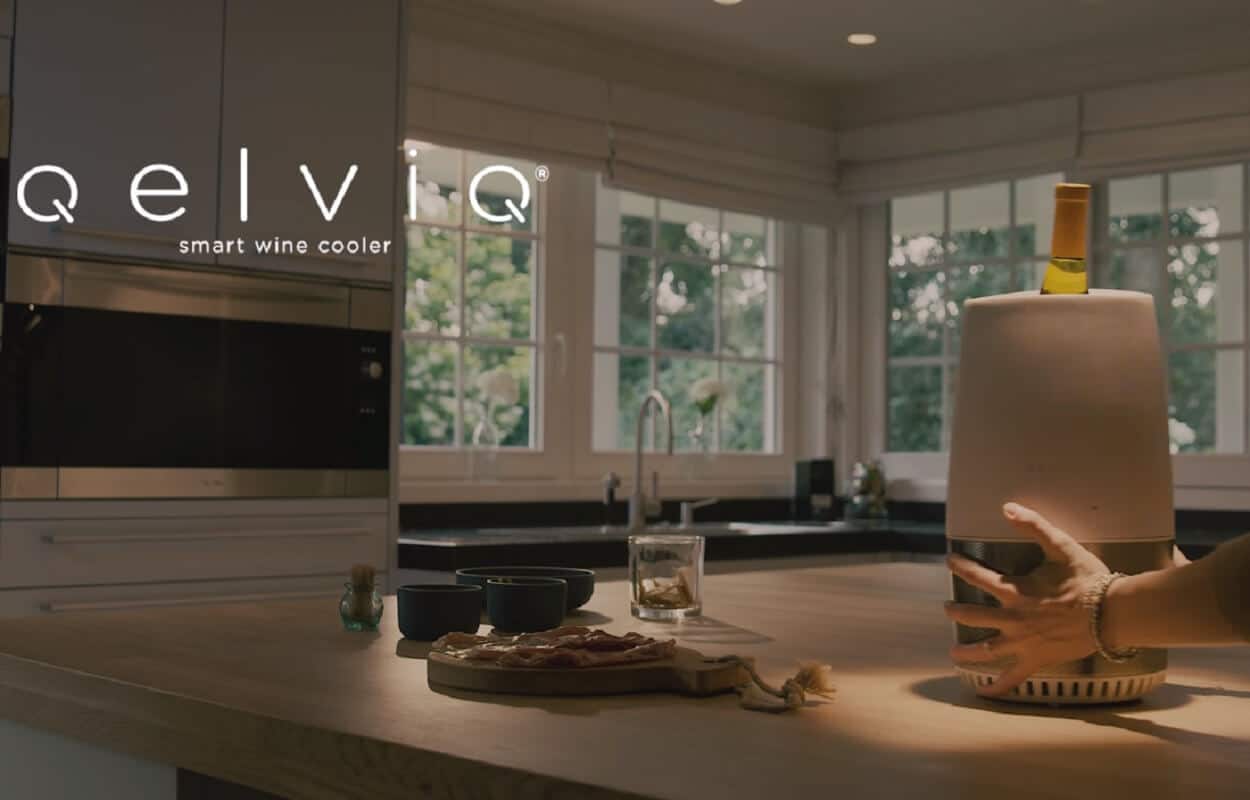 A staggering 99 percent of people drink wine the wrong way. That’s not to say from a cup instead of a glass but at the wrong temperature. Everybody knows that reds are served warm and whites cool [I didn’t – Ed.] but how warm, how cool? Wouldn’t it be great to have an app for that? Now there is, with the QelviQ Smart Wine Cooler and companion app.

Temperature – This is the single most important aspect of serving any wine. You can change completely how a wine tastes by serving it too cool or too warm.

If your white is too cold (below 45f) you lose all the complex flavors, and it doesn’t matter how expensive it was – it’ll taste cheap. The same goes for reds, where 75f is too hot and you’ll lose all the subtle fruit flavors to the heat. You’re actually better off warming the whites and cooling the reds before drinking, to get them to optimal temperatures.

The issues get compounded by wine type, even by growing region or winery. That’s the problem that Kelvin’s CEO, Xavier, set out to fix with the QelviQ wine cooler. It will cool or keep the wine you place in it to exactly the optimal temperature and keep it that way as long as it has power. You can also use it during picnics as it has an integrated battery or external battery options.

The accompanying QelviQ Temperature App using optical character recognition and image recognition tech to scan the label of the wine and match it to a database of over 350,000 ideal serving temperatures of wines from more than 80,000 winemakers. That’s a lot of plonk!

Scanning takes all the guesswork out of the process for the user. The 120-watt motor cools 3.5 times faster than your fridge without hurting the wine. It’s also quiet, so it won’t ruin the ambiance.

It’s currently on Indiegogo, where you can pick up the QelviQ Wine Cooler for $299 if you hurry for early-bird specials.

Is this something you would use? Let us know below.

For more gadgets and tech news, check out: