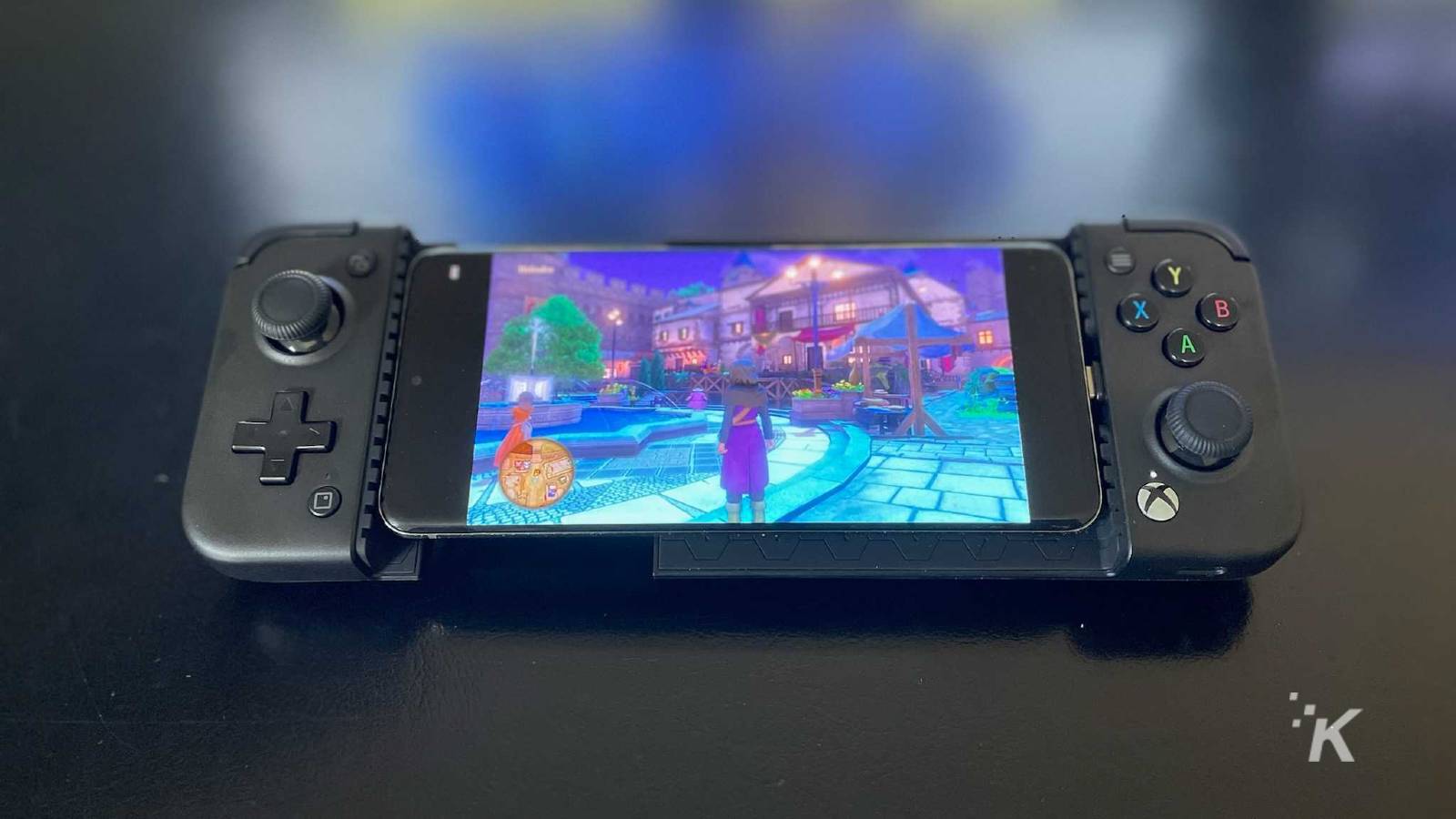 The Good
Relatively easy to set up with Xbox Cloud Gaming
All of the buttons and joysticks work well and feel like a premium console controller
Adjustable layout if you prefer Nintendo Switch controls over Xbox.
The Bad
The GameSir app isn’t available on the Google Play Store yet, must be downloaded from the company’s website
Phones likely won’t fit in with a case on
8.5
Overall

With Xbox Game Pass Ultimate, subscribers can access Xbox Cloud Gaming on their mobile devices. But playing games meant for Xbox can be tough without a controller.

GameSir specializes in mobile controllers, and its latest entry is designed to take advantage of what Xbox offers on mobile devices with Xbox Cloud Gaming.

The GameSir X2 Pro is the company’s latest mobile controller. Designed for Android with Xbox in mind, it features an Xbox controller layout and a dedicated Xbox button to help navigate the Game Pass app.

The X2 Pro is available in white or black on the company’s website or on Amazon for $79.99. I’ve had it in my hands for over a week, trying it out in a few different games. Is it any good, and is it worth your money? Let’s see what the GameSir X2 Pro is all about.

The first thing I noticed when unboxing the GameSir X2 Pro controller is that the original Xbox controller most definitely inspires it.

The X2 Pro comes in a nice zip-up case with a little mesh pouch for storage and a strap to hold the controller in place.

And the controller itself is reminiscent of an Xbox controller, but with a space for a smartphone in the middle.

The right side features a standard Xbox ABXY layout, a joystick, a menu button, and a dedicated Xbox button. The Xbox button is very useful for navigating the Xbox Game Pass app and Game Pass games.

On the right is the standard D-pad and joystick alongside a back button and a screenshot button, making it easy to take screenshots in-game.

The X2 Pro takes inspiration from other Pro controllers by adding a couple of back buttons that can be assigned to another button on the device.

I found those buttons to be super useful in games that use a lot of D-Pad controls. You can quickly and easily assign those buttons on board without requiring software adjustments.

Speaking of software, GameSir has improved its iOS and Android app to be more user-friendly with new features.

The app lets you navigate all the available games you can play with the X2 Pro, including those available through Xbox Cloud Gaming.

You can easily launch games from the GameSir app, acting as your one-stop shop for mobile gaming.

The app allows you to test the X2 Pro’s controls individually and even change the AXBY layout. GameSir added magnetic caps on the X2 Pro’s AXBY controls so you can easily switch between an Xbox layout and a Nintendo Switch layout.

I tried out the magnetic caps to see how they work since I used the X2 Pro mostly on Xbox games. Surprisingly, they are relatively easy to change.

It is a little tough to grip the buttons to remove them, but after a little work, come loose pretty easily. And once you switch to the Nintendo Switch AXBY layout, you can just head to the GameSir app to switch the layout software.

Of course, a controller can have all the features in the world, and it will still suck if it doesn’t work right. Fortunately, that’s not an issue with the X2 Pro from GameSir.

As you might imagine, adding a controller to your mobile gaming setup greatly elevates the experience, especially for games designed with a controller in mind.

And with the X2 Pro, Xbox Cloud Gaming on your phone is a much more fun time.

All of the controls and buttons are responsive and solid. The joysticks come with two different rubber covers, concave and rounded, so you can have the feeling that you prefer on your joysticks.

I spent most of my time with the X2 Pro playing single-player games on Xbox Cloud Gaming since there’s still a bit of lag with cloud gaming on multiplayer games.

And in games like Minecraft Dungeons or Dragon Quest XI, the X2 Pro works amazingly.

It’s super easy to connect your phone with the spring-loaded USB-C connector on the X2 Pro. And you can also plug in a USB-C cable for passthrough charging, so you never have to worry about your phone’s battery life.

Once you’re connected, everything just works. The button layout works just like an Xbox controller, and the controller performs well.

I never noticed any lag or input errors related to the controller in my time gaming.

Should you buy the X2 Pro mobile controller?

If you’re someone who plays many cloud games, either through Xbox Cloud Gaming or another service, on your smartphone, then the X2 Pro controller could elevate your gaming experience.

It’s super easy to set up, with a plug-and-play style that will get you straight into your favorite game.

Designed with Xbox Cloud Gaming in mind, the X2 Pro is perfect for playing games originally intended for Xbox controllers.

All of the buttons and joysticks are solid and can even be adjusted to a Nintendo Switch layout if that’s what you prefer.

And it’s not insanely expensive either. The GameSir X2 Pro is available on the company’s website and Amazon for $79.99. Give it a shot, I have no problem recommending this.

BONUS OFFER: Use promo code knowtechiex2p at checkout on the GameSir website and save 8% off your total order.

The Good
Relatively easy to set up with Xbox Cloud Gaming
All of the buttons and joysticks work well and feel like a premium console controller
Adjustable layout if you prefer Nintendo Switch controls over Xbox.
The Bad
The GameSir app isn’t available on the Google Play Store yet, must be downloaded from the company’s website
Phones likely won’t fit in with a case on
8.5
Overall
Related TopicsGameTechieMobileNewsReviews