Review: The Evil Within 2

Conscience is the window to our spirit, evil is the curtain. 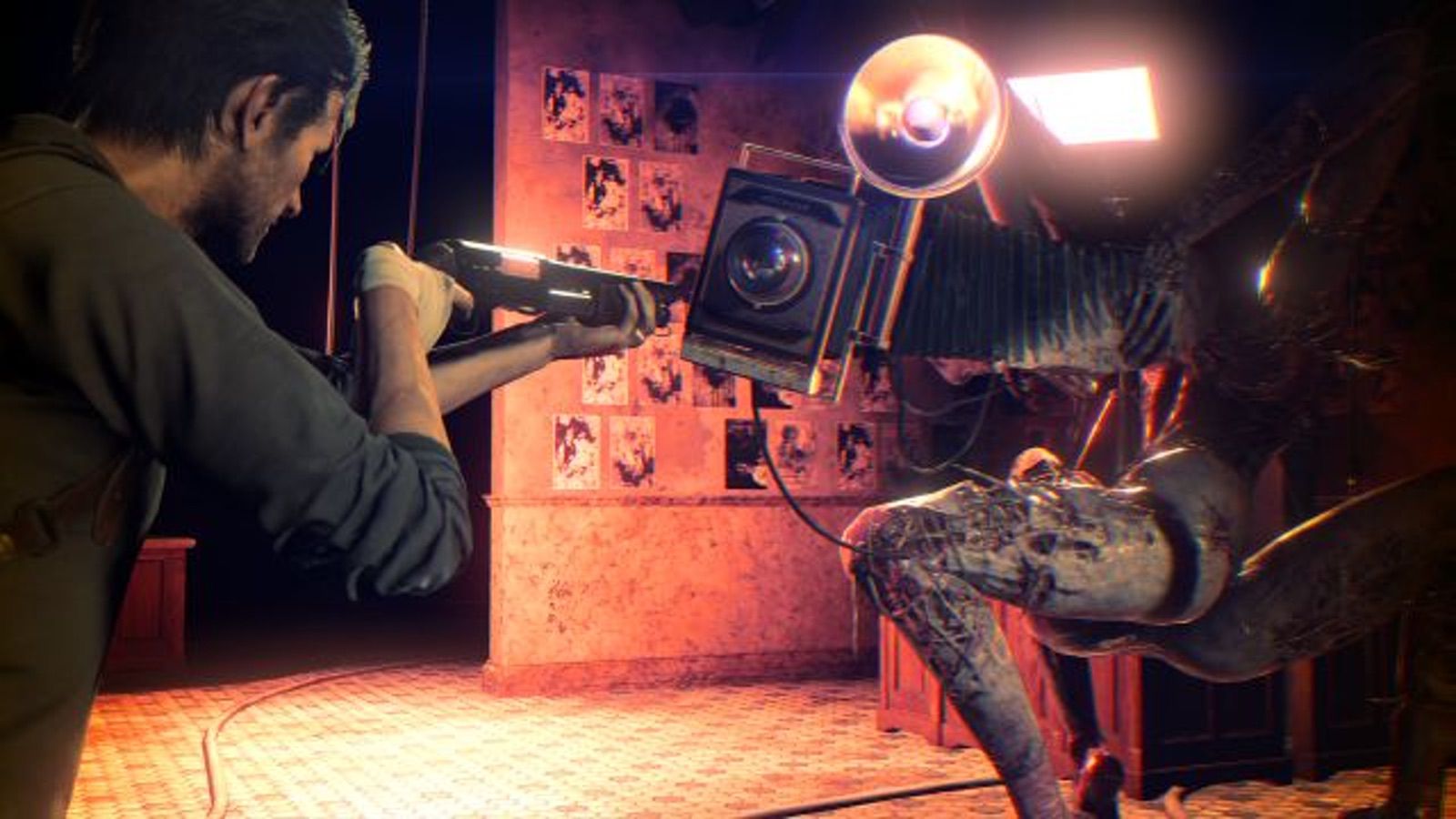 Image: Bethesda
The Good
The crafting system is really fleshed out from the last game
The open world of Union really makes the game feel alive and dangerous at the same time
Characters are so much better this time around.
The Bad
After the first half of the game
there's a bit where the game really falls into what made the original game so middling. It breaks this rather quickly though.
9

Fun little disclaimer here, I didn’t really enjoy The Evil Within, I felt that the story was cheesy and the characters came off as poorly written. I didn’t know nor care about most of the cast and the main villain was the typical “we gave a bad guy all these tools to do evil things with” type of villain. The ending was cliche at best and left anyone that played it with more questions than answers. When The Evil Within 2 was announced, my enthusiasm was muted, I figured we were going to get another go at Rivik and Mobius. Turns out I was half right.

The Evil Within 2 opens up with a brief overview of Sebastian’s past, dealing with the death of his daughter and the loss of his wife. He’s then confronted by his one-time partner and friend on the inside, Kidman. Long story short, Kidman tells Sebastian that his daughter is actually alive and he needs to come with her to Mobius to save her from the machine. Mobius is the hive-mind system that the first game happens in, so Sebastian knows he’s in for a ride. 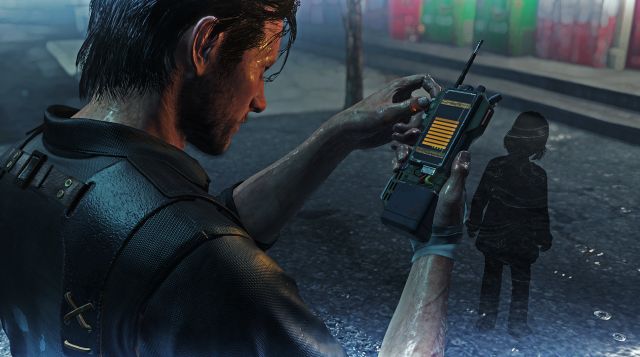 Right at the start of this game, I already feel like Sebastian is more fleshed out as a character, along with Kidman to a lesser extent. You aren’t taking the role of a hero trying to save the world from a viral outbreak or something, instead, you are a desperate father that’s been to hell and back that is now willing to make a deal with the Devil. Sebastian’s demons are killing him and his immense guilt and memories of the first game are tearing away at him. Kidman’s return marks the first ray of hope he has had since the bathtub scene at the end of the first game.

Fortunately, Sebastian’s return to Mobius is a much more robust experience than the original game. The first game felt painfully linear and while it was filled with plenty of suspenseful moments, most threats seemed like they were run away and hide somewhere safe encounters. Union feels like Anytown, USA and the rotten, mutated, monstrous residents make the environment feel so unnerving. However, what makes Union feel so dangerous is that the open-world setup means that you actually have to make choices outside of moving from point A to B. You may receive side missions while exploring or scavenging for supplies or materials for craftable upgrades. Many times I was faced with the choice of making a decision that could end with me losing more supplies than I ended up earning for the detour. 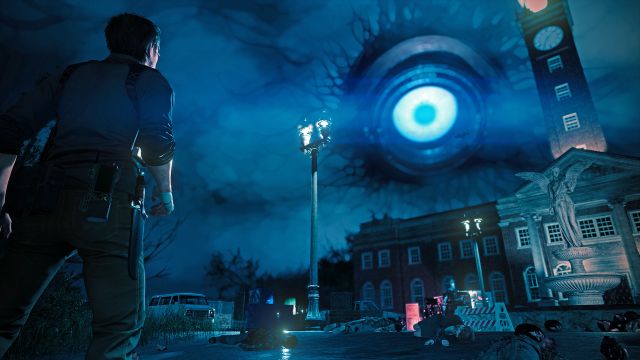 When it comes to gameplay, there are a lot of things that are either improved upon or overhauled from the first game. You are given The Communicator, which gives you a neat tool to track progress and advance side story elements while keeping an eye on enemies and important locations. I felt far less helpless this time around and was able to actively deal with most in-game threats with force. Yeah, there were a few times I needed to turn tail but I made a point to return after getting some more powerful gear.

While The Evil Within 2 differs from the feel of the original game, the game feels much more robust, like Resident Evil 2 expanded upon the ideas that Resident Evil popularized. The expanded cast of characters feels much more helpful and capable than the first game’s cast. Rivik played a completely creepy foil to Sebastian in the first game but Stefano feels so much more unpredictable and real. I feared him because of the potential threat he posed.

As the story progresses there is another villain in the game, and to fair, they are far more cliche. I’d argue that the first part of the second act of the game drags a little in comparison to the initial sprint, but The Evil Within 2 really hits a stride again as things start to get really weird. 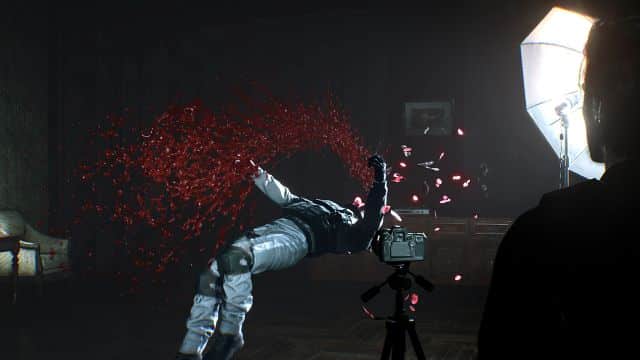 Overall, the original The Evil Within had you feeling helpless against the horrors of the game, in The Evil Within 2, I can certainly say that I felt like I actually had the option to fight back or bring the fight to my enemies. Boss fights feel unique as they are all handled differently and I found that different weapons performed better against different bosses.  I did find that upgrade materials were abundant enough that only a few times did I need to go out of my way to hunt things down. Outside of the beginning of the game, ammo was fairly abundant as well. Everything felt really balanced.

Balanced is easily the best term to describe The Evil Within 2. There’s a great balance of suspense and action, exploration, scripted events and a solid story that I found the entire game thrilling from start to finish. I am interested to see where Bethesda goes with The Evil Within 3 because the ending in this one is far more succinct.

A sample copy of this game was provided to KnowTechie for the purpose of this review.

Reader Rating2 Votes
9.3
The Good
The crafting system is really fleshed out from the last game, giving you a reason to really stray off the path
The much more open world of Union really makes The Evil Within 2 feel alive and dangerous at the same time
The characters are so much better this time around. You hate the bad guys, root for the good guys and get freaked out by the monsters
The Bad
After the first half of the game, there's a bit where the game really falls into what made the original game so middling. It breaks this rather quickly though.
9
Overall
Buy Now
Amazon
Related TopicsBethesdaGameTechieNewsPCPlayStation 4ReviewsThe Evil Within 2