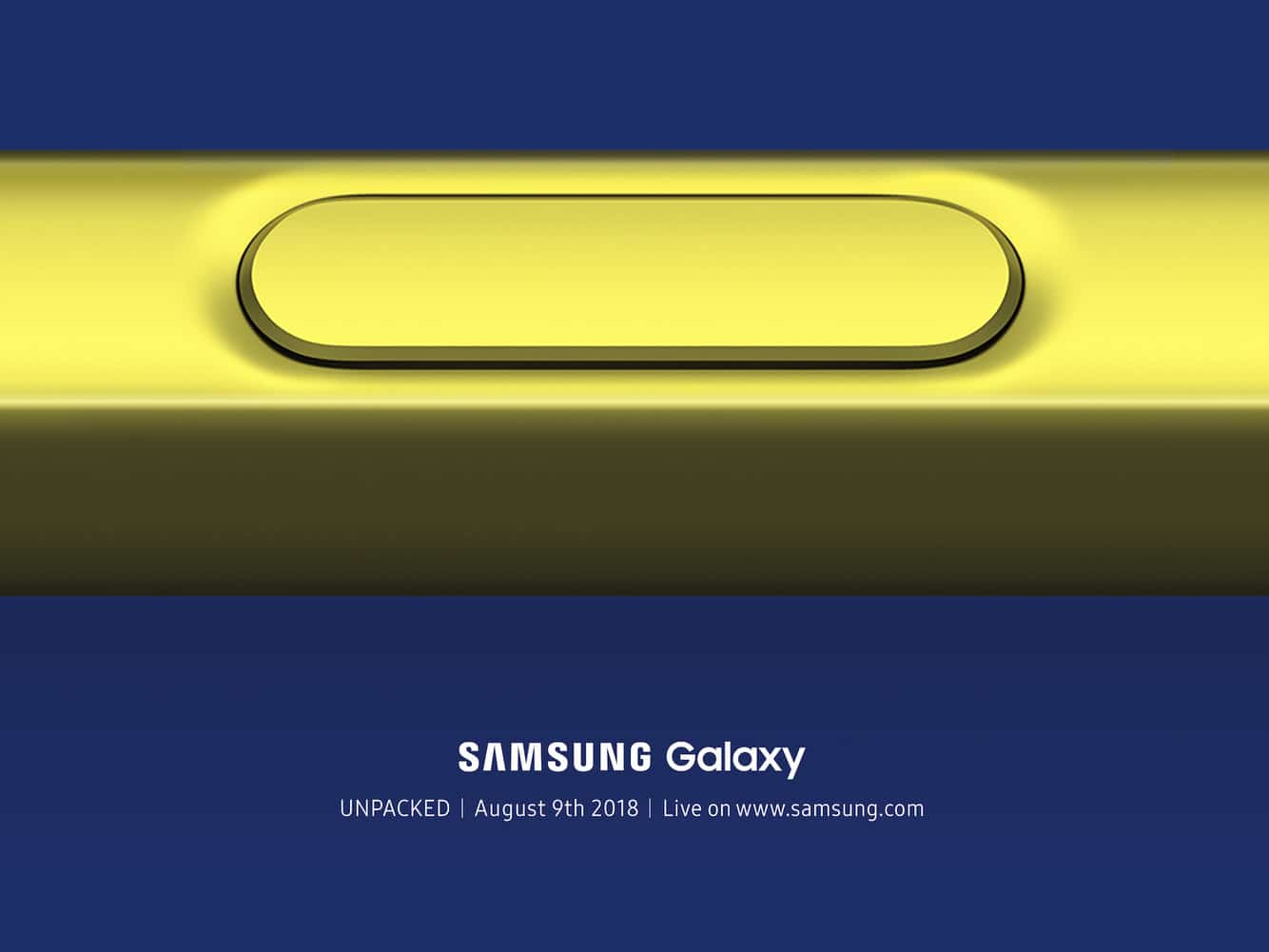 The Samsung Note 9 won’t be announced until Aug. 9, but already the leaking of images has begun. On Tuesday, VentureBeat’s Evan Blast posted an image on Twitter purportedly of the device.

As you can see below, the Note 9 includes a stylish S Pen. Like the Galaxy S9 and Galaxy S9 Plus before it, the new Note also looks to include a fingerprint sensor placed below the camera module. Last year’s device, the Note 8, places it directly next to it.

Beyond this, no one is expecting the Note 9 to look all that different from the device it will replace. As The Verge explains, one difference that could be coming is the phone’s S Pen being Bluetooth-enabled.

For more details on the Note 9, be sure to read our in-depth report from June.

Besides the Note 9, Samsung is also said to be hard at work on next year’s S10 smartphone lineup. The 2019 lineup could include three models, with screens measuring 5.8-, 6.1-, and 6.5-inches across. The two largest phones could feature an all-new “ultrasonic” in-display fingerprint reader, while the smallest will come with a fingerprint reader on the side.

The South Korean giant could also announce its first smartphone with a foldable-screen in 2019. Codenamed “Winner,” the new phone can be folded in half, much like a wallet. When folded, the exterior of the phone includes a small display bar on the front and cameras on the back. This device could launch early in the year in select markets before launching elsewhere later.

After being announced on Aug. 9, the Note 9 is expected to arrive in stores on Aug. 24.

Which Samsung phone might you be buying in the next few weeks or months? Let’s hear your thoughts below.

For more tech and smartphone news, check out: