This alarm clock wakes you up using smells, lights, and sounds 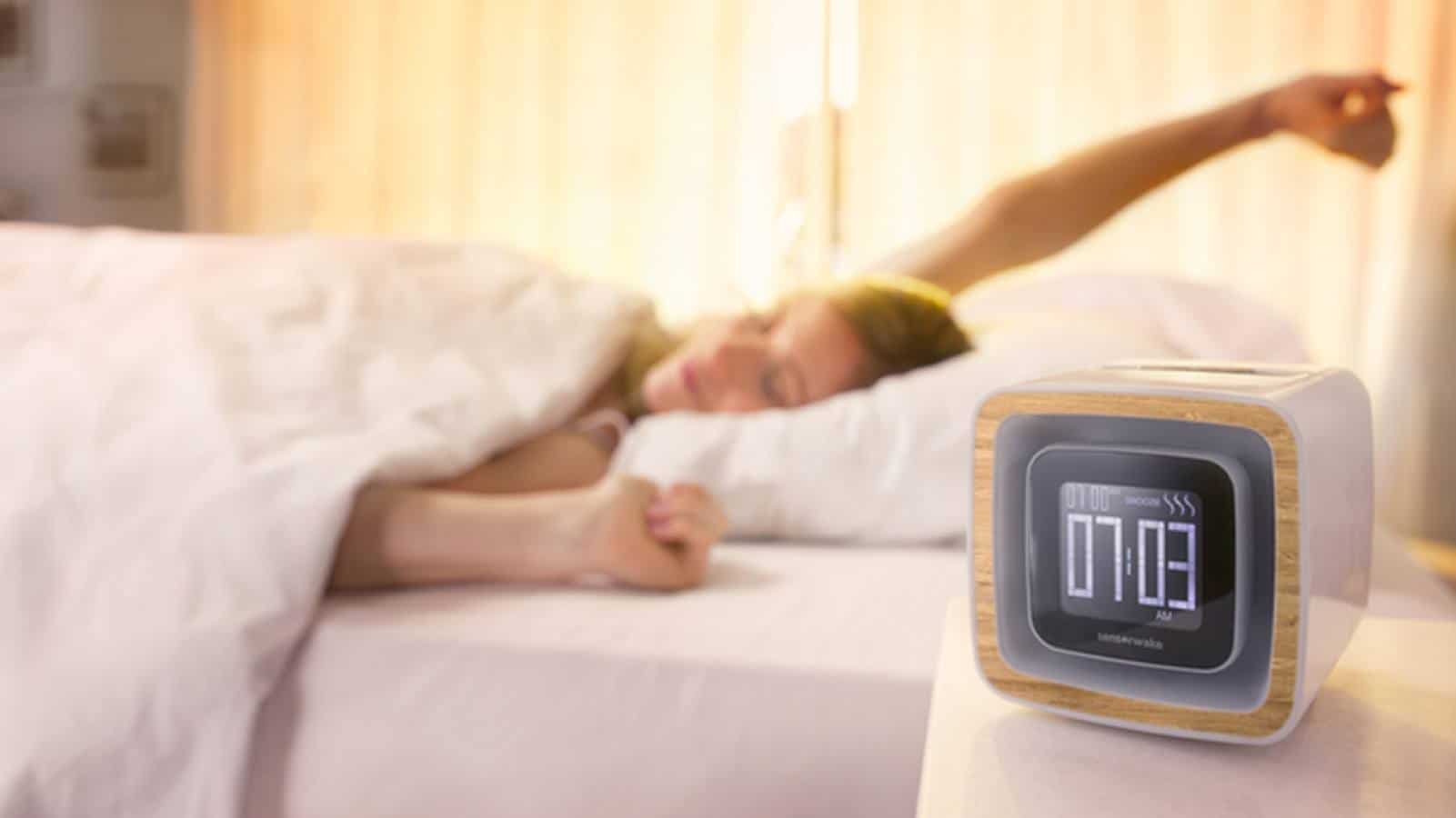 Mornings are terrible. You just got half-way through that awesome recurring dream and in comes the blaring of your alarm to ruin all the fun. What if you could wake up to something you actually liked, such as the scent of a freshly brewed cappuccino?

I know that would get me out of bed, even if it were just the scent of sweet caffeine pumped into my bedroom by this nifty alarm clock that’s part of a Kickstarter campaign from Paris-based startup Sensorwake. The “Trio” eases into you waking up by slowing stimulating your senses of smell, sight, and hearing. Over a three minute period, the three steps gradually wake you to alertness without causing a stink.

It’s really quite simple: The Sensorwake Trio‘s first minute teases your sense of smell with nine different types of scents, such as rose garden, seaside, chocolate factory and pine forest. Who hasn’t wanted to wake up in Wonka’s Chocolate Factory? There’s also traditional cappuccino, orange juice and more available. Select a scent cartridge based on your mood (although you have to choose before sleeping), which were designed by Swiss fragrance company Givaudan, and insert it into the alarm clock to activate. All cartridges have enough scent for 30 days of use before needing replacement.

Then comes the second act: the alarm clock attracts your sense of sight with a soothing light. The last step plays one of five pleasant melodies that make you feel like you’re waking up in a movie. The stylish clock which has wood inserts and is made of plastic and aluminum also has a snooze button for those of you that need another minute or ten.

The campaign has well surpassed their modest $30,000 goal, and you can still support it from as little as $1. As with all crowdfunding, remember that it’s a prototype until it’s in the hands of the backers. The Sensorwake Trio’s Kickstarter campaign has early access deals starting at $79 for the Sensorwake 2 and two free scent capsules. Shipping is scheduled to begin in November 2018.

How do you feel about waking up to scents as opposed to a traditional alarm clock? Let us know your thoughts down below!

For other Kickstarter projects, check out: