This isn’t a free speech issue, but the White House wants you to think it is. 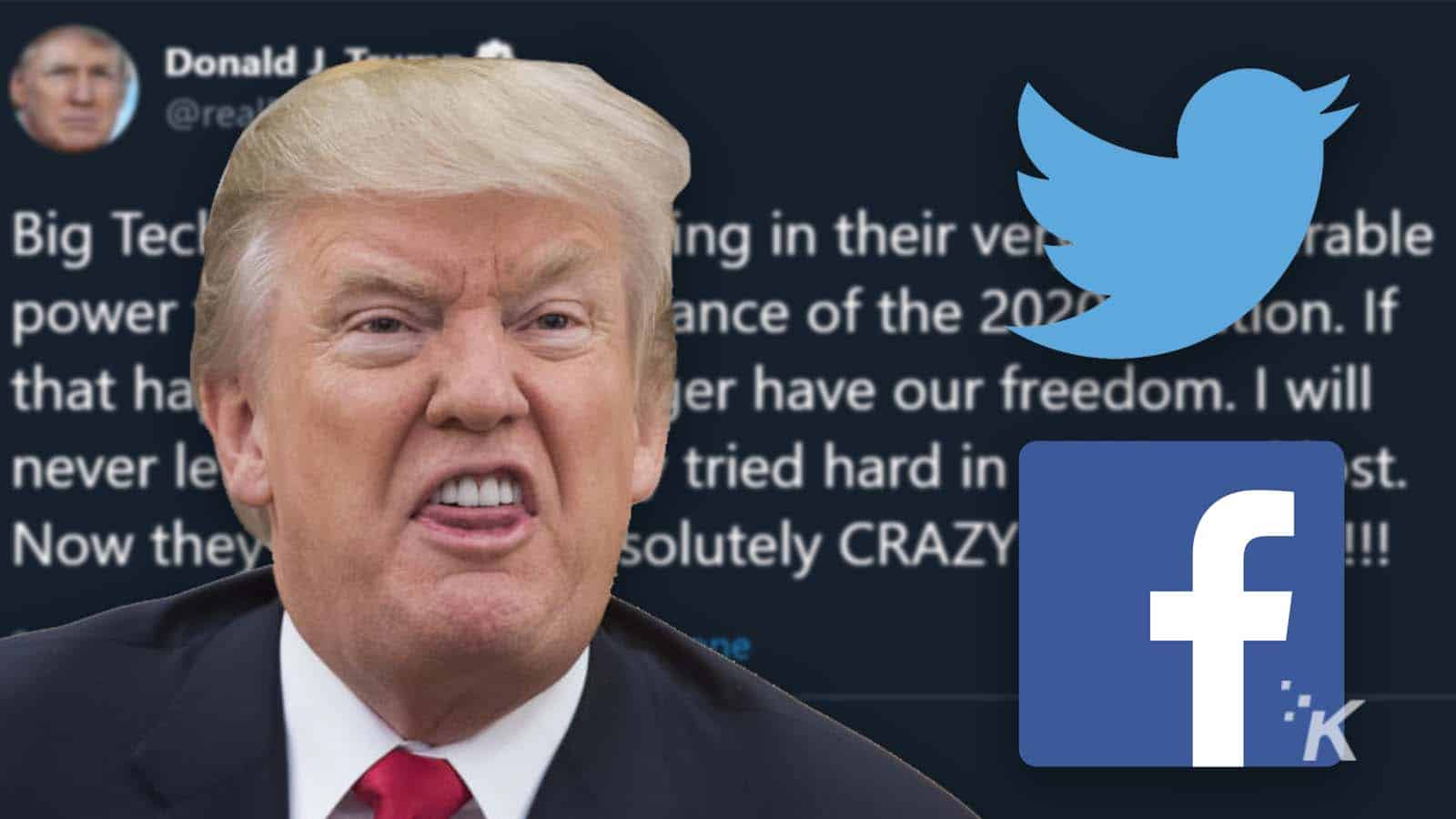 After yesterday’s Twitter meltdown regarding a flagged post from Donald Trump, the White House is firing back, apparently working on issuing an executive order aimed squarely at social media companies.

This information comes from Protocol and a leaked executive document from professor Kate Klonick. In the document, the White House discusses social media platforms and how they deal with censorship and free speech. Please remember, these are companies, and under current law, they can decide what is (and isn’t) shared on the platforms, as well as make decisions on how information on them is presented.

The document starts out talking about free speech because nothing riles up people more than “their freedoms” and continues on to paint a picture regarding social sites as a place where people keep up with news, family and friends, and current events. Also, this isn’t the first time the current administration has looked at social media companies and their “anti-conservative bias.”

The White House will face an uphill battle with this but plans on taking the approach that social media is basically the modern “public square”, meaning it should fall under mandated rules regarding censorship and free speech. There is no argument from me that social media is huge and that information distributed on the platform can be weaponized, but again, these are companies that have their own sets of rights.

One of the main factors of this executive order from Trump looks to address Section 230 of the Communications Decency Act, which states that “No provider or user of an interactive computer service shall be treated as the publisher or speaker of any information provided by another information content provider.” A change (or removal) of this section could hold companies like Facebook and Twitter directly responsible for the content on the platforms, opening up huge legal issues.

Most of the cries of censorship come from the far-right, stating that liberal-looking companies like Facebook and Twitter stifle the voices of Pro-Trumpers and conservatives. It is also important to remember that researchers have not found that to be the case. But who cares about facts anymore, when you can share a post from Karen that definitely proves that Facebook hates Christians and is doing everything in its power to oust supreme leader Trump.

Quite frankly, this document is very much on-brand for Trump, as it looks to incite his fanbase based on unsubstantiated claims and rhetoric regarding citizens’ rights.

What do you think? Do you believe social media should be held more accountable for what it chooses to show (and not show)? Let us know down below in the comments or carry the discussion over to our Twitter or Facebook.