I live for the day I don’t have to install Messenger. 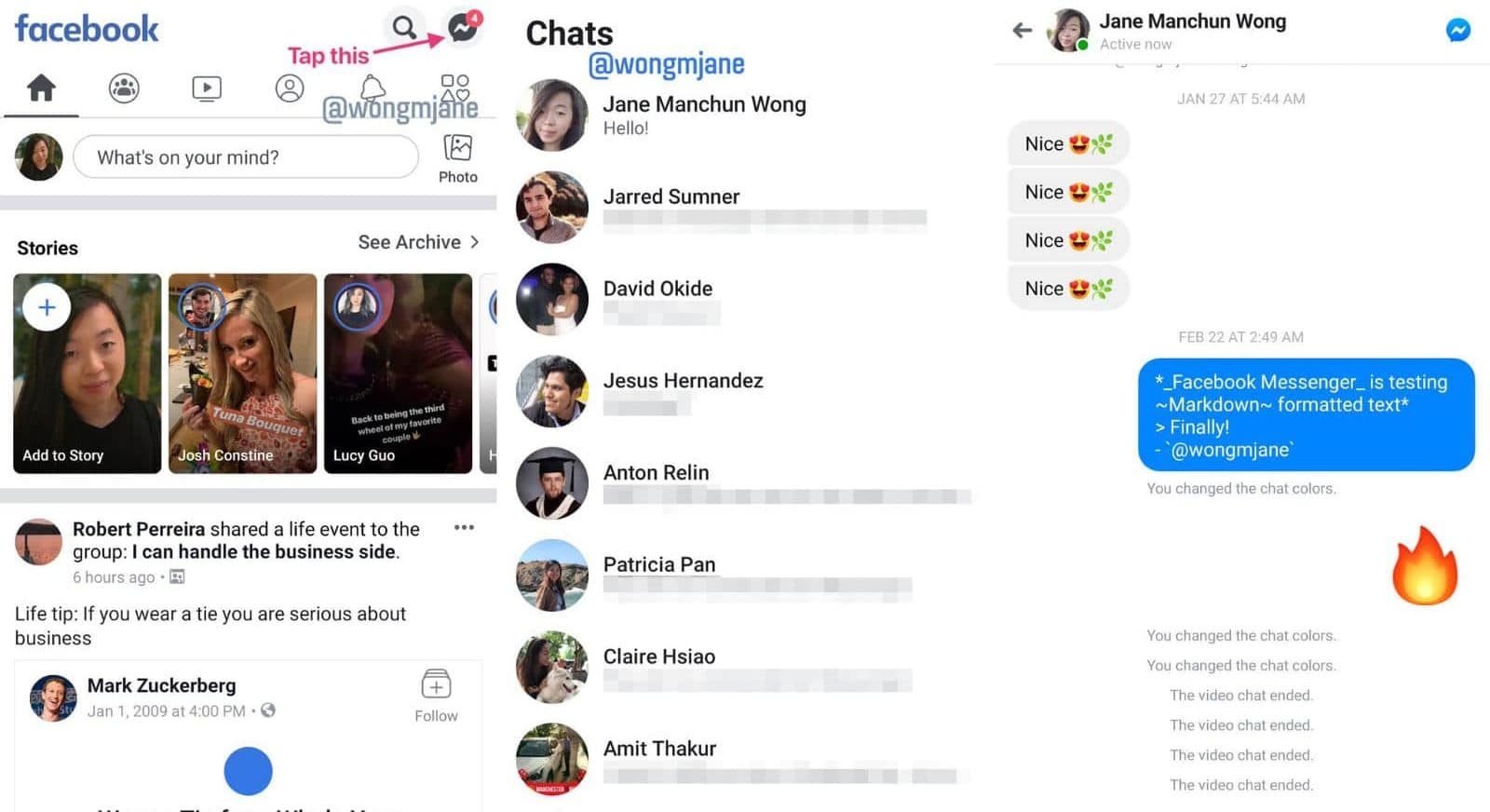 When Facebook took the move to shift mobile chat solely to Messenger back in 2014, it angered a large percentage of its users. Now, half a decade later, we’ve had some time to acclimatize, with Messenger growing to 1.3 billion daily users. Now, it seems Facebook is about to shake things up again, with the social giant testing a move for messaging returning to the Facebook app.

First spotted by eagle-eyed app-delver, Jane Manchun Wong, the unreleased feature brings a limited version of chat back to the core app. The screenshots that Wong posted on Twitter show a familiar icon being added to the main Facebook app home screen, with the Messenger icon at the top right. That button doesn’t open Messenger in the test version, instead it opens a pared-down chat function inside the core app.

It seems that at this stage, only basic messaging functions like replies, GIFs, and the ubiquitous Thumbs-Up are available.

Anyone who relies on voice or video chat, or likes to send files or any of the dozens of other features that were added to Messenger will have to still use Messenger. Maybe Facebook will slowly add the more-used features back into the main Facebook app over time, although it needs to be careful to not let it get too bloated again.

If this test gets rolled out to all users, it would give me a reason to install the main Facebook app again. Like many, I don’t use Facebook much anymore partly due to privacy issues but also because most of my contacts are on other platforms. I do keep Messenger Lite on my phone to keep in touch with family, which lets me use messaging without interacting with most of the advertising and other Facebook features that I don’t care for.

Is this part of Facebook’s new push for unified messaging across all its apps? It could be, as Zuckerberg is looking to bring the same chat experience to all inboxes, so having the main Facebook app without messaging at all would have been weird.

What do you think? Would you like to see Messenger go back into Facebook’s main app? Let us know down below in the comments or carry the discussion over to our Twitter or Facebook.